Should I go? The impact of government advisories for travelers to Europe | Europe | News and current affairs from around the continent | DW | 19.07.2016

Should I go? The impact of government advisories for travelers to Europe

Countries worldwide are urging their citizens traveling to Europe to be vigilant in the wake of recent terror attacks. While many travelers are reconsidering their destinations, on the whole tourism is still growing. 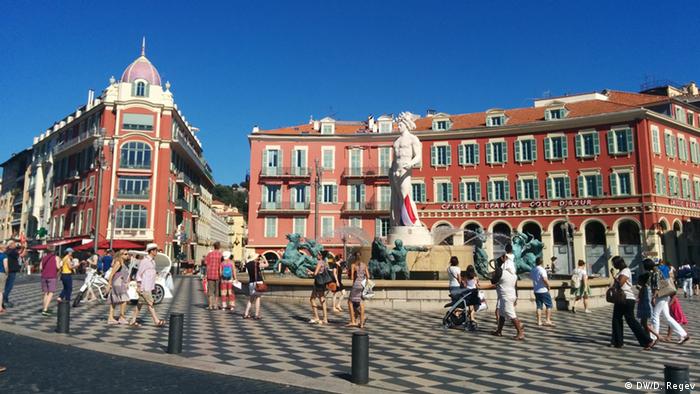 This summer has seen authorities throughout Europe on high alert due to the threat of terrorism - and attacks claimed by the self-proclaimed "Islamic State" group in France, Belgium and now Germany. Governments worldwide are constantly reviewing what to tell their citizens who are considering travel to Europe.

"Any government is absolutely bound to issue these travel advisories when they see any potential threat to their citizens, they just have to do it," World Travel and Tourism Council president and chief executive David Scowsill told DW, adding that his organization encouraged governments to be "very specific" when they issued advisories.

Each country has its own system for doing so. The United States issued a "worldwide caution" in March on the "continuing threat" of terrorism. With regards to Europe, the US State Department said all countries remained vulnerable to attacks.

"European authorities continue to warn of the possibility of attacks conducted by lone individuals inspired by extremist organizations that could occur with little to no warning," the State Department said back in March. On May 31 the State Department issued a Europe Travel Alert which covered until August 31, cautioning that the large number of tourists visiting Europe would "present greater targets for terrorists planning attacks in public locations." 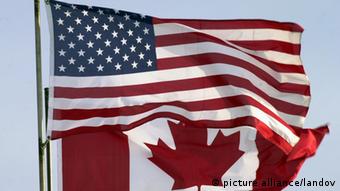 Travel Alerts are issued for "short-term" events that the US State Department thinks citizens should know about when planning travel to a country or region - they do not constitute a warning against travel. At lease three Americans were among the victims of the truck attack in Nice on July 14.

Members of a family from the Chinese special administrative region of Hong Kong were injured late Monday in an ax and knife attack carried out by a 17-year-old Afghan refugee on a regional train near the Bavarian city of Würzburg.

The summer holidays are a popular time for families from Hong Kong to visit Europe. As recently as Friday, July 15, China's foreign ministry issued a travel advisory asking Chinese tourists to remain cautious in light of the recent terror attacks worldwide.

Germany is designated as a "safe country" and "at the moment, there are no travel warnings or special instructions with regard to Germany," Su Meng, a Beijing-based tour operator, told DW's Hao Gui. 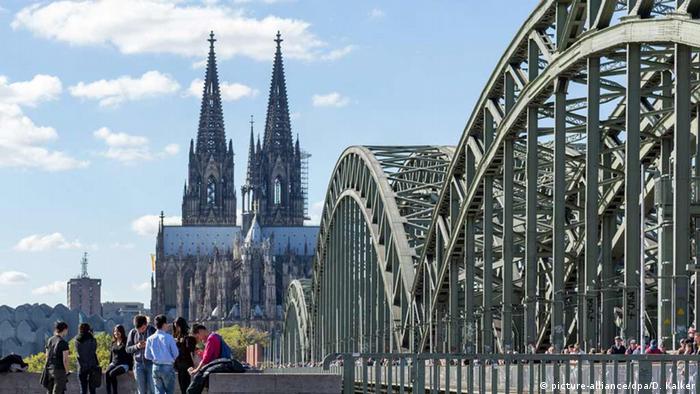 Authorities in Hong Kong had also not issued a travel warning for Germany and the immigration department has only stated that Hong Kong travelers should remain cautious and avoid large public gatherings.

The Canadian government has yet to issue an official advisory. Most of Europe has remained under the "exercise normal safety precautions" risk level, and has upped that level to "exercise a high degree of caution" when in France and Belgium "due to the current elevated threat of terrorism." Both countries have seen mass-casualty attacks this year.

The impact of attacks

Scowsill said that according to the World Travel and Tourism Council's historical analysis, there were two distinct types of terror attacks in terms of their impact on tourism.

When attacks were targeted directly at tourists, such as 2015's attacks in Tunisia or the downing of the Russian airliner over Egypt, it took about two years for the tourism industry to recover to previous levels, he said.

"The second type of incident is what we'd call a more random attack which is not specifically aimed at tourists," Scowsill added, giving the Würzburg incident and the attack on Nice among other examples. "In these situations, devastating as they are, the cities that are receiving these attacks recover very quickly [in terms of tourism], normally within about six months because once the stories have disappeared off the networks, people start traveling again."

Some 200,000 Germans are said to be holidaying in Turkey at the moment. The German Foreign Office warns tourists in Istanbul and Ankara to be extremely vigilant. (18.07.2016)

Greek tourism down amid refugee crisis

Thousands of refugees have been stranded on the Greek island of Chios since March. That has caused tourism on the island to drop by nearly 80 percent. (13.07.2016)

The World Tourism Organization (UNWTO) has called on the travel sector not to abandon Turkey after the attack on Istanbul's Ataturk airport. (29.06.2016)

Stan Sandberg, co-founder of TravelInsurance.com, a comparison website which sells travel insurance to US customers, told DW his company noticed a trend of increased traffic and enquiries to its website following each attack in Europe.

"We saw a lot of enquiries specifically around plans that offered cancellation for terrorist events," he said. However, the fear of a potential terror attack was not covered as a grounds for cancellation, he added, the exception being plans which offered what's called "cancel for any reason."

A common thread in the government travel advisories was imploring citizens to be vigilant, monitor local news outlets and follow the advice of local authorities.

Many countries offered citizens a service for registering their trip with their national foreign office to get updates about safety conditions and make it easier to be contacted in the event of an emergency.

"We're not seeing wholesale cancellations of people coming to Europe. People are still coming but they are going to different places in Europe based on the profile and what's been happening in the last 12 months," Scowsill said. On the whole, he added, the travel and tourism industry was continuing to grow globally.