Shots fired in car chase near US Capitol building

Gun shots have been fired outside of the US Capitol building. Washington, D.C. police have said the event was an isolated incident and not terrorism. 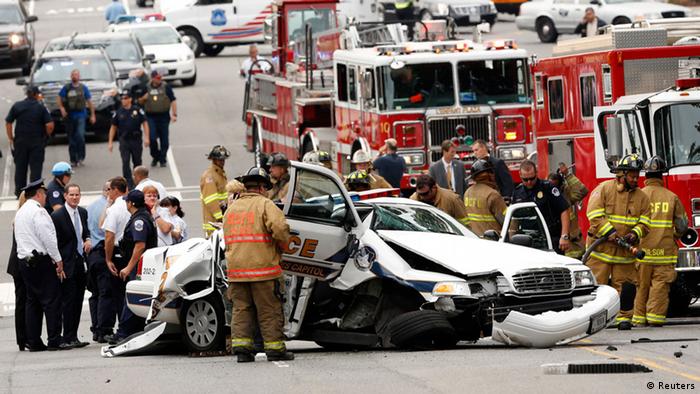 Police placed the US Capitol on security lockdown for less than an hour on Thursday after shots were heard outside. The building houses both chambers of Congress - the Senate and the House of Representatives.

At least one person was injured in the incident, according to unconfirmed reports.

Obama blames Boehner for US shutdown on third inactive day

President Barack Obama has criticized the Republican speaker of the lower house of Congress, John Boehner, for the government shutdown in the US. He said Boehner was being held hostage by "extremists" in his own party. (03.10.2013)

The incident began when an unidentified female suspect allegedly attempted to ram a security barricade outside of the White House, according to news broadcasters CNN who cited a secret service source. Fox News published a similar report, but did not identify its source.

Police then gave chase - according to the two television stations - following the suspect in the direction of the Capitol building. It was not immediately clear whether the shots that followed had been fired by police or the female suspect.

Police sealed off Pennsylvania Avenue, the street which links the Capitol building to the White House, roughly 1.5 miles (2.4 kilometers) down the road.

The US Supreme Court was also closed briefly as a security precaution.