Shaving off limits in Oberammergau ahead of Passion Play 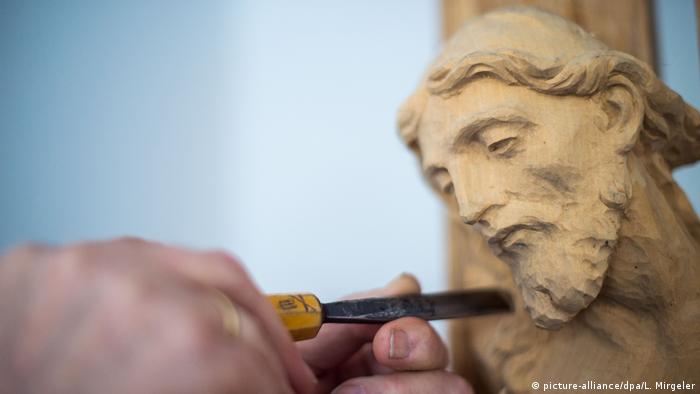 Ash Wednesday brought in a new rule for many of the residents of a small town in Germany's south — haircuts and shaving are now forbidden.

It's been a long time in the making, but preparations for Oberammergau's famous Passion Play got underway in earnest on Wednesday, more than a year out from their next performance, Germany's dpa news agency reported Wednesday. Some 2,400 of the town's 5,000 residents will perform the famous recreation of the suffering, death and resurrection of Jesus in May next year.

Those looking to keep their hair on the short side have enlisted to play Roman soldiers — requiring a clean shave — or stagehands and members of the orchestra. There's been "quite a run on the Roman roles," according to play director Christian Stückl. He's had 400 applications for the 60 Roman characters. 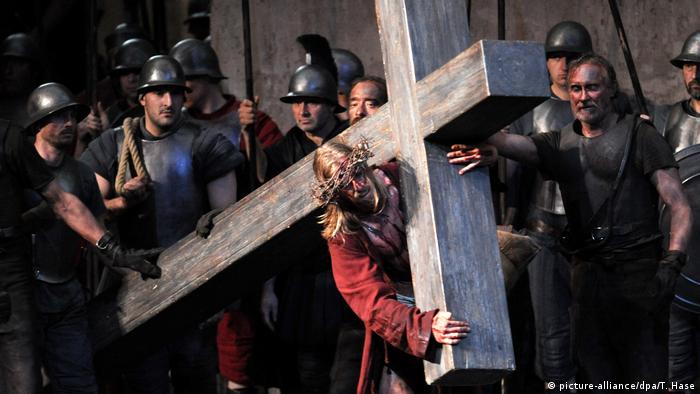 A scene from the 2010 production of the Passion Play

The only other exception is the apostle John, who was too young to have a beard.

Cengiz Görür, who is playing Judas, has just had a fresh shave, but the 19-year-old said he's confident he won't be betrayed by slow-to-grow-facial hair. "It'll come," he said, adding that the first performance is not until May 2020.

But with each main role having two actors to share the 3-month season, Martin Schuster, the second actor playing Judas has a problem. For members of the Bundeswehr, or armed forces, long hair is not allowed, it's unclear how he'll balance his career with his Oberammergau part.

May 2020 will see the 42nd installment of the tradition and, according to Mayor Arno Nunn, the phones have been running hot since tickets went on sale on Wednesday.

The inhabitants of Oberammergau made a vow in 1633 promised to perform the suffering, death and resurrection of Christ every 10th year as long as no more villagers died of the plague. 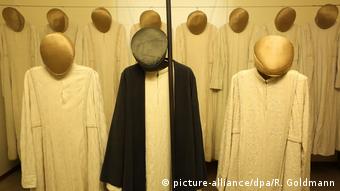 Some costumes for the 2020 production have already been made

This year, while the costumes and set design are being determined, Stückl will be rewriting the text — for the fourth time.

"It is really important to keep looking at it in a new way," he said. With Bavarians feeling the impact of some significant social change since the last production in 2010, Stückl wanted to show the world a side of Jesus that demonstrates he was "one of the people."

A beard for the times

While Stückl works on his take on the life of Christ, the question of whether Jesus even had a beard has also had some artistic reinterpretation.

With the Bible is relatively thin on Jesus' preferred hairstyle, there's not a lot to go on. "Whether he actually had long hair or a beard, we can't really say," said Angelika Winterer from the Catholic Church in Oberammergau.

The commonly received images we have of Jesus today have been handed down from Byzantine art. Early depictions of him in Roman catacombs on the other hand, showed him with a short trim and no beard at all.