Several injured in explosion during rehearsal at Paris theater

More than a dozen people have been injured in an accidental explosion during a rehearsal for a musical in Paris. It wasn’t immediately clear what sparked the blast. 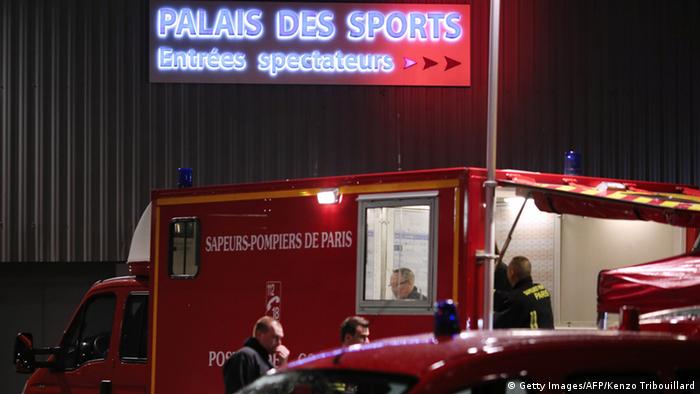 Police sources said around 15 people had been injured, five of them seriously after a pyrotechnic explosion occurred near the stages of the Palais des Sports on Friday. The blast came a few hours before the show was scheduled to start, meaning no members of the audience had yet arrived.

Most of the injured were technicians who were setting up for the evening's performance of "1789, The Lovers of the Bastille." The show was cancelled as a result of the explosion, which caused a wall and part of the ceiling to collapse.

The five victims who were more seriously injured were rushed to hospital, while about a dozen others were treated at the scene.

Interior Minister Manuel Valls briefly visited the theater after the blast, speaking with some of the 100 firefighters and other rescue workers who responded to the incident.

An inquiry has been launched to determine what led to the explosion.