Authorities chased three suspcted car bombers through the streets of the capital but were able to intercept two. The third targeted the city's Tahrir Square, killing several people. 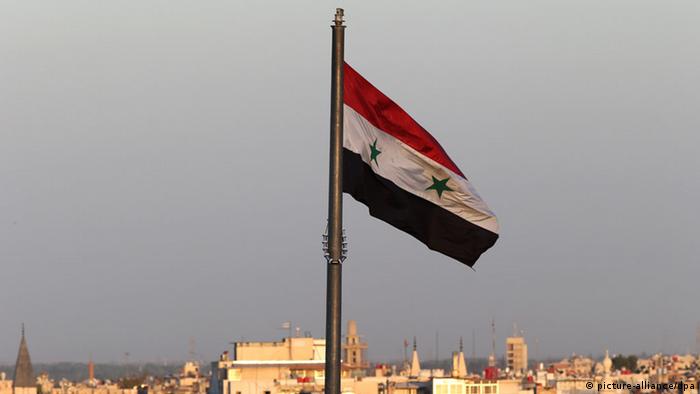 A suicide attacker set off an explosion in Tahrir Square in downtown Damascus on Sunday, killing at least 20 people and injuring dozens more, reported state news agency SANA. The Syrian foreign ministry informed the United Nations of the updated death toll in a letter, SANA said.

Syria's third largest city has been cleared of armed opposition for the first time since 2011. Once the center of the revolt against the Assad regime, Homs' clearance marks a major shift in the balance of forces. (21.05.2017)

The relocation comes after a months' long bombing campaign by the Syrian military, with support from Russia and Iran. It's the last rebel stronghold in the capital, with many people being sent north to Idlib province. (14.05.2017)

Syria's government has dismissed the idea of UN peacekeepers patrolling four safe zones as part of a recently brokered deal. Damascus also said it is "premature" to talk about whether the deal will succeed. (08.05.2017)

More than a thousand rebels and others have left the Barzeh neighborhood of Damascus as part of a "reconciliation" deal. Fighters and civilians have been granted safe passage, allowing the government to retake control. (29.05.2017)

"The terrorist bombings killed and wounded several civilians and caused physical damage to the area," a senior police representative told the official SANA news agency. Authorities believed that the terrorists were trying to target busy areas as citizens returned to work after the Eid al-Fitr holiday.

The bomber was in one of three cars being pursued by authorities. The other two were intercepted by security services on the road toward the airport in the southeast of the city. While reports stated that the second two car bombs did detonate, there were no immediate reports of casualties.

"The specialized agencies have thwarted the terrorist plot that targeted to hit populous places in order to cause the highest possible casualties," said Syrian Minister of Local Administration Hussein Makhlouf, without elaborating further.

While the fighting in the capital has been less intense than in flashpoints like Aleppo and Homs, there has been ongoing fighting in the east of the city between rebels and regime troops, as well as sporadic attacks on government targets by Islamist terrorists. Suicide bombings on the outskirts of the city have increased in recent months, including an attack on a courthouse and restaurant in March that killed 32 people. That incident was claimed by the so-called "Islamic State" (IS) terrorist group.