Rescuers were able to save one person who was among the hikers. Authorities have warned that the risk of avalanches in the French Alps remains particularly high over the coming days. 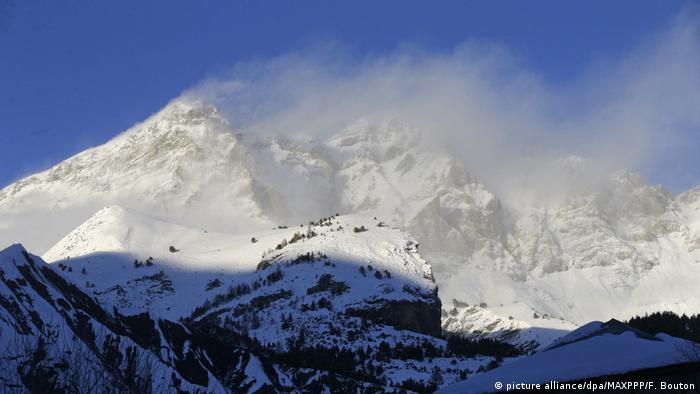 Seven people died after avalanches in two separate locations in the French Alpine region of Savoie on Saturday, local authorities said, adding that the risk of another one remained high on Sunday.

Authorities had warned on Friday of the instability of the snowpack due to warmer temperatures.

"Two avalanches caused the death of seven people in the Savoyard massifs, Galibier and Mont Pourri on Saturday," the local prefecture said in a statement.

The first avalanche hit two groups of hikers around noon at the town of Valloire, near the Col du Galibier mountain.

Four of them, between the age of 42 and 76, were killed, the prefecture of Savoie said.

Rescuers launched two helicopters and search dogs to help the victims of the avalanche and managed to save one person who was part of the group.

In a statement after Saturday's incident, they added that the risk of avalanches remained high in the region.

"The risk of an avalanche will be just as high, due to the warming of temperatures, which follows bad weather over several consecutive days," the prefecture said, adding that 50-70 centimeters of fresh snow covered the fragile layers at an altitude of 2,800 meters.

Avalanches can be triggered naturally or by the simple passage of a skier or a hiker, it said.

"Consequently, the prefect of Savoie, Pascal Bolot strongly recommends that mountain users, whatever their level, avoid taking the slightest risk this Sunday."

At least 35 people have died in avalanches — including the Saturday's victims — since the start of the 2020-21 season, according to the National Association for the Study of Snow and Avalanches (ANENA).

This is more than 12 and 13 people killed in the previous two seasons. The increase in deaths linked to hiking has been attributed to the closure of the ski lifts.

Tour de France: The dream of a home victory is still alive

Even after a grueling 18th stage in the Alps, a French victory in this year's Tour de France is still possible. Euphoria among the home fans is rising — and that even extends to the French president.

Several ski tourers died and others were in critical condition after spending a night on an exposed Swiss mountainside at 3,000 meters altitude. German, French and Italian nationals were among the group.

French authorities will seek to determine what caused a search and rescue helicopter with six people on board to crash in the Alps. Only the pilot survived the crash.