Serbia's war crimes prosecutor has charged eight men with their participation in the 1995 slaughter of some 8,000 Muslims in Srebrenica. The massacre is widely regard as the worst atrocity in Europe since World War II. 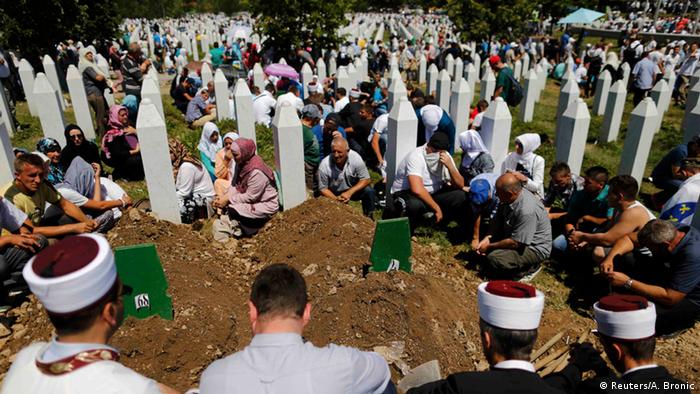 Arrested in March, the eight former members of the Bosnian Serb special police were accused of ordering and participating in the execution of some 1,300 people at a warehouse in the eastern Bosnian of village of Kravica, on the outskirts of Srebrenica.

Those charged on Thursday included special police unit commander Nedeljko Milidragovic, also known as Nedjo the Butcher, who gave the order for the killings, prosecutors said. The other suspects were members of his "Jahorina" special police unit. 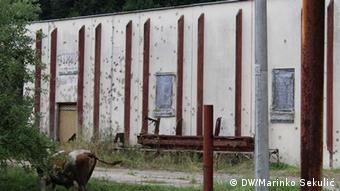 Hundreds of Bosnians were crammed into a warhouse and massacred overnight

According to reports, their victims were crammed into the warehouse and then killed with hand grenades and machine guns in a rampage that allegedly lasted all night long. In the morning, Serb police asked the survivors to come out and then killed them, too. Remains of Kravica victims were found in at least three mass graves, according to the prosecutor.

If found guilty they could likely face the maximum penalty of 20 years in prison. Other members of the same unit have already been sentenced in Bosnia over the Kravica killings.

"No victim or war criminal will be forgotten," Vukcevic said.

Bosnian Serbs had overrun Srebrenica in July 1995, killing most of the town's men and boys over several days and burying their remains in several mass graves around the town. Two UN courts have called the Srebrenica massacre genocide. 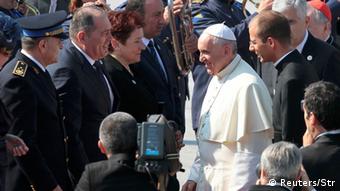 Bosnian Serb wartime leader Radovan Karadzic and the army commander Ratko Mladic are currently on trial for genocide at the UN war crimes tribunal in The Hague in the Netherlands for Srebrenica and other atrocities of Bosnia's 1992-1995 war after the collapse of the former Yugoslavia. Bosnia's war between its Muslim, Croat and Serb ethnic groups claimed some 100,000 lives in total, while 2.2 million people - almost a half of the pre-war population - were permanently displaced.

Both Bosnia and Serbia look to the future with hope

Serbia had backed Bosnian Serbs during the conflict, but has more recently pledged to deal with its wartime past, as the country is seeking EU membership. Previous prosecutions linked to the Srebrenica massacre have been held by the Bosnian authorities and International Criminal Tribunal for the former Yugoslavia (ICTY).

Bosnia held various commemorations earlier this year, including a visit by Pope Francis to the capital Sarajevo, to mark the 20th anniversary of the atrocities.

Prosecutors have indicted 15 ethnic Serb suspects for allegedly killing more than 150 Muslim civilians during the Bosnian War. The village where the crime took place was ethnically cleansed of its Muslim inhabitants. (12.12.2014)