Serbian oligarchies under scrutiny | Europe| News and current affairs from around the continent | DW | 22.08.2010

Serbia's economy still remains captive to oligarchs who made their fortunes during the Milosevic era, according to Germany's Friedrich Ebert foundation. Their control is putting the brakes on foreign investment. 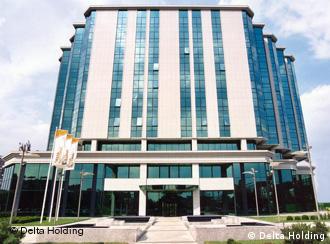 A study conducted by a German think tank has found that Serbian oligarchs guard Serbia's retail sector from foreign competitors by controlling import licences. They then foist inflated prices on the country's consumers. Furthermore, the study found that the oligarch's have done little to establish Serbian export projects as a way to promote further industrial development the struggling post-communist Balkan nation.

The study compiled by Michael Ehrke of the Belgrade bureau of the Friedrich-Ebert Foundation (FES), a center-left think tank linked to Germany's Social Democrats, cites the case of Miroslav Miskovic,. the president of Delta Holding. Aged 65 and reputedly Serbia’s richest man, Miskovic's private assets are estimated at 2.2 billion euros. He was briefly a cabinet minister in the early nineties under the late dictator Slobodan Milosevic. 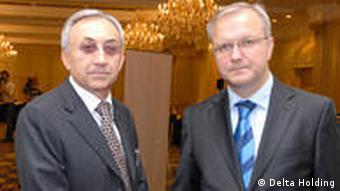 "Miskovic, for example, has at his command more than 70 percent of the retail sales space in Belgrade," Ehrke said.

The tactic used by the tycoons is to do their business in sheltered sectors which are not open to international competition, like Serbian telecommunications, real estate and retailing.

"In many cases they have monopolies," Ehrke said. 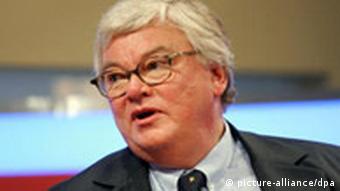 "For two years we were very patient in Serbia. We put up with a lot of nastiness," he said. "It showed us that the oligarchs and various government bodies are inextricably interlinked."

He said that the company decided not to invest under those circumstances.

According to the FES study, most of the oligarchs laid the foundations for their ascendency during the post-communist era of Milosevic. He died in 2006 while on trial for war crimes in The Hague.

"One could describe (the oligarchs) as war profiteers," says Ehrke. "Those who profit during a war are also interested in war itself. One could describe them as persons who certainly did nothing to stop this war."

According to the FES analysis, Serbia illustrates what happens to societies in transformation when a few individuals suddenly accumulate capital in gray zones of questionable legality.

Normally, advocates of capitalism give merit to those who become wealthy through hard work and sound long-term investments. In Serbia's case, however, private enrichment has not led to sustainable development and prosperity. Between 1989 and 2004 Serbia lost 58 percent of its industrial output. One of the few stabilizing factors was the money expatriate Serbs sent home regularly.

Since 2001, when Milosevic was ousted by Serbia's opposition, the oligarchs have nimbly changed tactics, says the FES study adds. The Serbian public generally believes the tycoons finance political parties to buy political decisions.

The assessment parallels repeated warnings by Serbia's anti-corruption commissioner, Verica Barac, Recently, she said monopolies and crime prevail unhindered because Serbia lacks a separation of powers between the state executive, justice and even the media.

According to Ehrke, Serbians sat up recently when Serbia's current President Boris Tadic, without specifically naming the oligarchs, spoke of what he termed "indecent wealth." 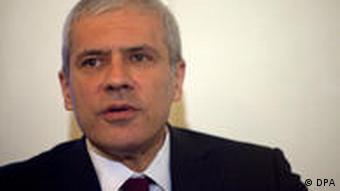 "There are persons who possess far too much wealth that was not derived from their own work," said Tadic. "These people utilize this wealth in an especially arrogant manner. They ignore social, community and national problems. They only take care of themselves and their pleasures. And, they do not exercise any social responsibility."

Since then, Miskovic has denied reports that he wanted to sell all his firms and shift his money abroad.

Whether Tadic's remarks have led to concrete consequences for Serbia's oligarchs is unclear. Tadic added a caveat to his remarks by warning against what he called an "unnecessary general persecution of rich people."

In times of economic crisis, poor nations depend more than ever on money transfers from migrant workers in the West. In the Balkans, summer brings a new wave of cash. (20.07.2010)