Almost 1 million people watched a broadcast of the funeral of South Korean capital's Mayor Park Won-soon, who died in an apparent suicide after a secretary filed a police complaint for sexual harassment against him. 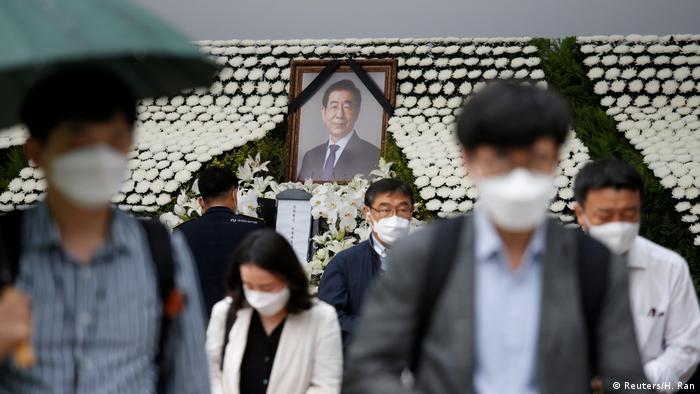 Mourners gathered for the stripped-down funeral for the longtime mayor of Seoul Monday, who died on Friday days after being accused of sexual misconduct by a member of his staff.

Mayor Park Won-Soon left a note thanking and apologizing to "everyone." Police gave no cause of death but did not identify any foul play. The media has widely reported that Park killed himself.

The funeral, held in Seoul's City Hall, was streamed online as its attendees were limited to 100 people. A representative of his family used a statement promising legal action against those who spread "groundless statements."

The funeral will go on for five days, two days longer than Korean culture normally demands, and Seoul local government also set up a memorial altar outside City Hall. Almost 1 million people tuned in to the online broadcast while many more mourners lined the streets. 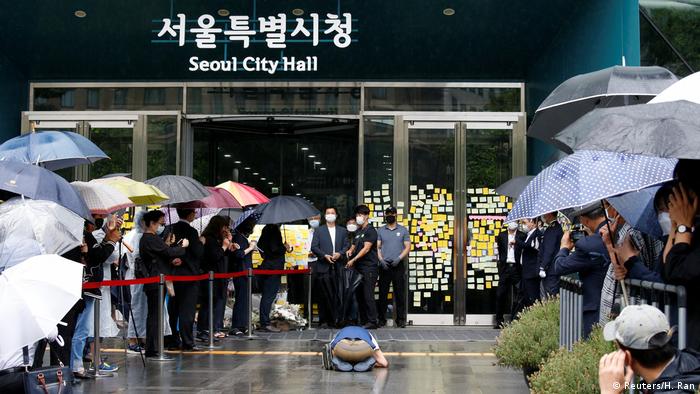 Half a million sign a petition against the funeral

Park, a former human rights lawyer and member of the ruling Democratic Party, had run South Korea’s capital since 2011 and was key in the country’s response to coronavirus.

Last week his former secretary filed a police complaint against him, which was reported to involve sexual harassment.

Over 500,000 people signed an online petition in protest of the funeral given the sexual harassment allegations. Meanwhile, the Korea Herald newspaper asked in an editorial whether the funeral arrangements were correct.

It "gives the impression that Park deserves respect and looks innocent," it said.

South Korea, a strongly patriarchal society, has seen a growing #MeToo movement in recent years. A former provincial governor was jailed in 2017 after being accused of rape by his female assistant.

COVID-19: South Koreans head for the hills to avoid crowds