Seeking an End to Animal Experimentation | Germany| News and in-depth reporting from Berlin and beyond | DW | 23.08.2005

Seeking an End to Animal Experimentation

Consumer Affairs Minister Renate Künast opened the 5th International Congress on Alternatives to Animal Experimentation in Berlin on Monday, where some 850 experts are set to discuss the way forward. 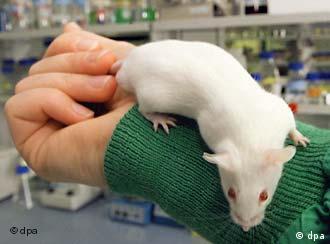 "We have to ask ourselves in what ways animal experimentation is really necessary to making our lives safer," said Künast at the opening of the congress. Presenting the case for greater investment in alternatives, she said that Germany was still a long way off the Green party's target of being Europe's leader in developing animal-free testing methods.

"The number of experiments conducted on animals in 2003 is slightly lower than in 2001," Künast said. "But the figures are still too high."

In an interview with the daily Der Tagesspiegel, the minister said she even expected the number to rise once the EU's new directive REACH (Registration, Evaluation and Authorisation of Chemicals) is implemented. Its proposals regulate the use of some 30,000 toxic synthetic chemicals in everyday manufactured objects, largely based on animal testing strategies.

But Künast conceded the issue was a complex one.

"There is a conflict of interests," she said. "Efforts to protect our health and environment cannot be wholly exempt from animal experimentation." 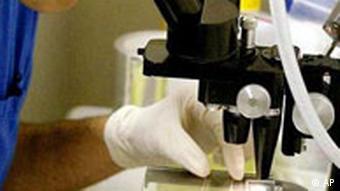 Around the world, animals are used to test products ranging from shampoo to new cancer drugs. Although animal experimentation is ultimately designed to ensure consumer protection, the practice has become increasingly controversial in recent years. Critics argue that animal testing is slower, crueller and more expensive than non-animal alternatives.

The scientists at the Berlin congress will be examining efforts made by industry to replace animal experimentation in obligatory toxicity tests. Proposed alternatives include applications of modern bio-technology that allow, for example, scientists to simulate human skin and thereby test potentially adverse reactions without resorting to the use of animals.

Another field heavily dependent on animal testing is pain research, with almost every medical treatment available first tested on animals. Animals are also used to develop anaesthetics to prevent pain during surgery. 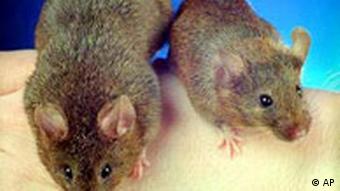 But an end to animal experimentation is already in sight. The practice has been cut back by 50 percent since 1989, largely due to another EU directive that rules it can only be allowed in the absence of any viable alternative.

Speaking in Berlin on Monday, Künast singled out the cosmetics industry as exemplary in its development of alternative methods of product testing, while Horst Spielmann, director of the Central Office for Collecting and Assessing Altrnatives to Animal Experimentation (ZEBET), said progress has definitely been made.

"Using animals in teaching curricula is already superfluous," he told German broadcaster ARD. "In many countries, one can become a doctor, vet or biologist without ever having performed an experiment on an animal."

Controversial Experiments in Search of a Cure

Stem cell research remains ethically controversial, but scientists are nonetheless hoping that it might be the solution to diseases of the central nervous system. (May 14, 2005)

The European Parliament has passed a law banning the sale and production of products tested on animals. Observers believe it will soon be approved in Brussels too. (Jan. 16, 2003)

Animal rights campaigners now have stronger armory with which to push for improved conditions for lab mice, after research has shown happy mice perform no differently in scientific experiments. (Dec. 16, 2004)