Crisis-hit Volkswagen has hired top strategy executive Thomas Sedran from its competitor Opel. It is the latest major personnel change in the wake of a scandal over the company's cheating on diesel emissions tests. 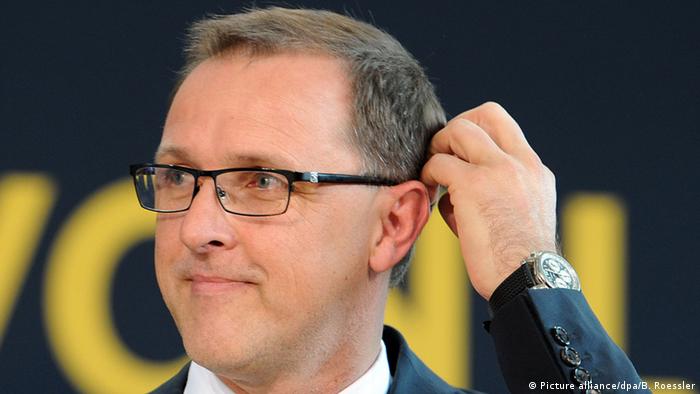 Volkswagen announced Monday that 51-year-old Sedran would take over responsibility for the company's corporate strategy from November.

He "will report directly to the CEO Matthias Müller," the Wolfsburg-based car manufacturer said in a statement.

Sedran is a former managing director for turnaround firm Alix Partners. In 2012, he joined General Motors' European offshoot Opel as head of strategy and operations. He left GM in the summer of 2015.

His appointment at VW follows the company's decision to hire Christine Hohmann-Dennhardt earlier this month. Hohmann-Dennhardt oversaw legal compliance at competitor Daimler AG in the wake of a bribery scandal there and is expected to take on the same role at VW.

The automaker is reeling from a massive pollution scandal that erupted last month after it was revealed the company had installed cheating software in around 11 million of its diesel-engine cars to thwart emission tests in many parts of the world. VW has set aside 6.5 billion euros ($7.3 billion) to cover fines and recalls, although it's likely the eventual cost will be much larger.

The company has already gone through a management shakeup, with chief financial officer Hans Dieter Poetsch appointed board chairman and Matthias Müller taking over from CEO Martin Winterkorn.

General Motors' subsidiary has vehemently denied a report by a German environmental lobby group claiming excessive emissions have been found in one of the carmaker's models. Opel called the claim "wrong and unfounded." (23.10.2015)

The Volkswagen scandal has exposed the fact that EU rules on car emissions are not being enforced and that test procedures don't reflect reality. Next week will see changes to that system - but not substantial ones. (23.10.2015)