Second suspect arrested for rape of child in New Delhi 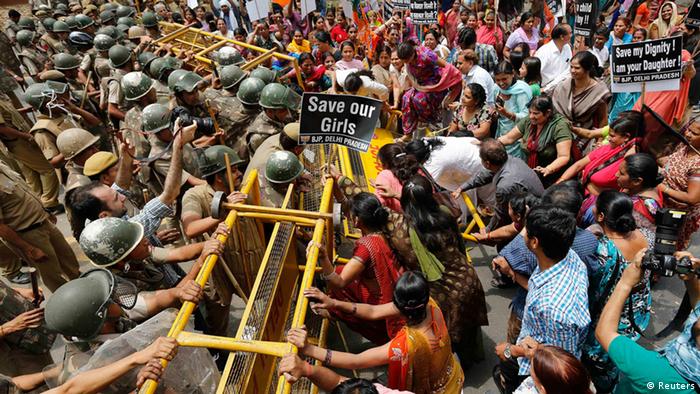 After questioning a 24-year-old man arrested over the weekend, a neighbor of the victim, officers found the second man in the eastern state of Bihar, police spokesman Rajan Bhagat said. Bihar is about 1,000 kilometers (620 miles) southeast of New Delhi.

Protests in India after rape case

The men are accused of abducting, raping and attempting to murder the 5-year-old, who went missing April 15 and was found two days later by neighbors who heard her crying in a locked room in the same New Delhi building where she lives with her family.

"The gruesome assault on the little girl a few days back reminds us once again of the need to work collectively to root out this sort of depravity from our society," Prime Minister Manmohan Singh said Sunday at a meeting with civil servants.

Police say the girl's attackers had left her for dead. Though her health has improved, she will remain hospitalized for the next two weeks, doctors said.

"She is much better today and her wounds are healing well," said DK Sharma, medical superintendent of the state-run hospital in New Delhi where the girl was being treated.

Over the weekend, protesters in Delhi condemned the failure of the state to protect women and children, with demonstrators saying that police had not acted when the girl's parents reported her missing. The attack also comes four months after the fatal gang rape of a woman on a New Delhi bus.