Scotland's First Minister is facing calls to step down over her handling of an inquiry into sexual harrasment complaints against her former ally-turned-political rival, Alex Salmond. 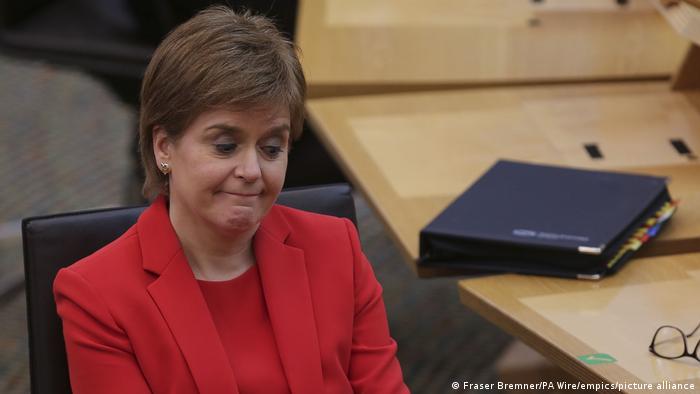 Sturgeon is under pressure to quit from lawmakers

Scottish First Minister Nicola Sturgeon faced calls to quit on Friday after lawmakers said she misled a parliamentary probe into a botched government investigation of harassment complaints against her biggest political rival. 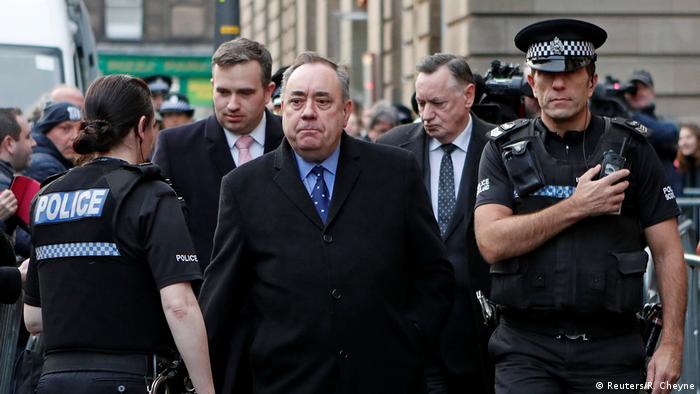 Salmond, who Sturgeon succeeded, was cleared last year of all the charges against him

The First Minister rejected claims by her former ally-turned-foe that she had offered to intervene in the case at a secret meeting between the pair in 2018.

Salmond claims he was the victim of a conspiracy to drive him out of public life. Sturgeon has rejected that as absurd.

British broadcaster Sky News reported on Thursday that the committee made up of members of the Scottish Parliament, also known as MSPs, voted by five to four to decide that she gave them an inaccurate account.

The report will officially be published on Tuesday. Its remit was to scrutinize the actions of the First Minister, Scottish government officials, and its special advisers. 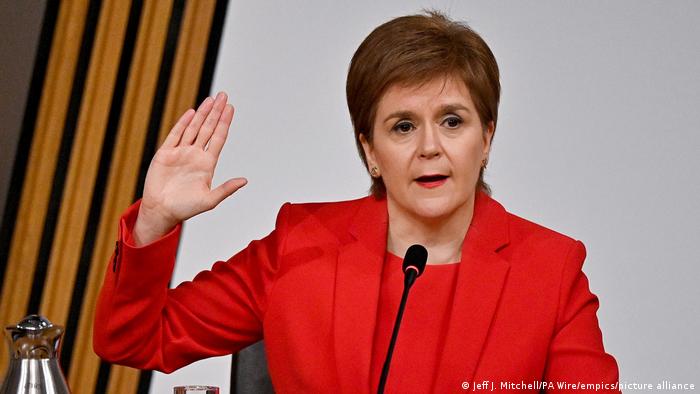 But a top Irish lawyer will issue a separate verdict as to whether Sturgeon has broken Scotland's ministerial code of conduct.

Scotland's rules state that any minister who does so would be "expected to offer their resignation."

"I stand by all of the evidence I gave to the committee, all eight hours worth of evidence," Sturgeon told Sky, referring to her marathon testimony on March 3. "Opposition members of this committee made their minds up about me before I uttered a single word of evidence."

The leader of the Conservative opposition in Scotland, Douglas Ross, said Sturgeon should quit immediately.

"We cannot set a precedent that a First Minister of Scotland can mislead the Scottish Parliament and get away with it," he said.

Scottish Labour leader Anas Sarwar said: "This is about the integrity of our Scottish Parliament and upholding standards in public life." 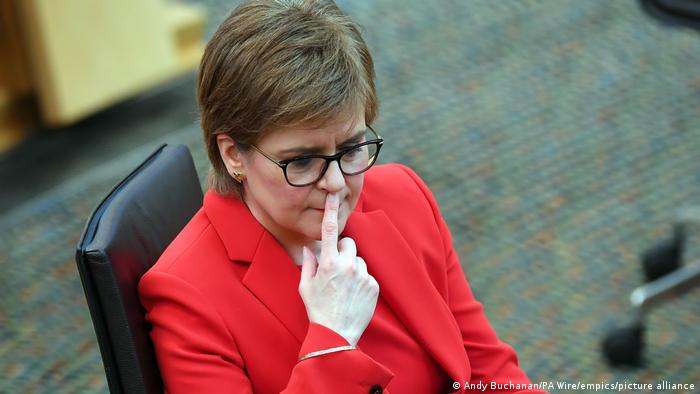 But an earlier judicial review found a Scottish government inquiry was unlawful and "tainted by apparent bias."

It ordered Sturgeon's administration to cover Salmond's legal fees of more than £500,000.

If Sturgeon resigns, it could leave the door open for the SNP's former leader to make an extraordinary political comeback.

The Scottish National Party (SNP) had been expected to win an absolute majority in the Scottish parliament in elections in May.

But recent polls suggest a steady stream of negative headlines over Sturgeon's feud with Salmond have dented the SNP’s lead,

She has argued that an emphatic win would give her a powerful mandate to demand a second independence referendum, overcoming opposition from British Prime Minister Boris Johnson.

In a 2014 referendum, Scots voted by 55% to 45% to remain in the United Kingdom, but supporters of independence argue the situation has changed after Brexit.

In the 2016 referendum on membership of the European Union, just over 6 in 10 Scots voted to remain in the bloc while the UK as a whole voted to leave.