After a five-year legal battle, the Scottish government has won the right to set a minimum price for alcohol as a way of improving public health. The Scotch Whisky Association fought the move. 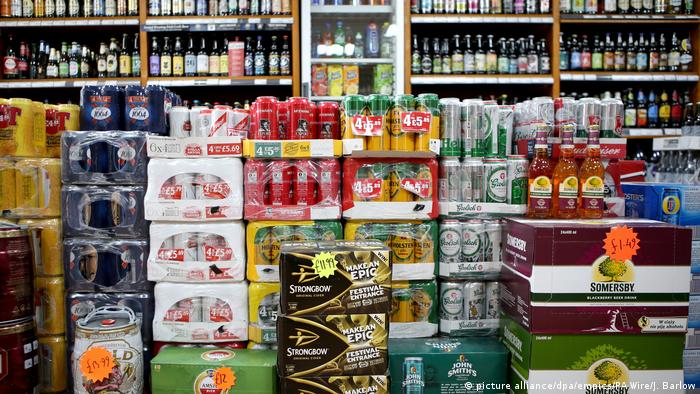 The UK Supreme Court on Wednesday rejected a legal challenge against minimum alcohol pricing in Scotland, ruling unanimously that the measure was a "proportionate means of achieving a legitimate aim."

Scottish First Minister Nicola Sturgeon, who in 2009 as health minister devised the plan, welcomed the news via Twitter: "I'll drink to that!"

Former Chief Medical Officer for Scotland, Sir Harry Burns said he was "absolutely over the moon" over the decision.

The Scotch Whisky Association (SWA) which has fought the legislation approved by the Scottish Parliament five years ago, had argued it was a "restriction on trade."

Canada, certain US states, Russia, Moldova, Ukraine and Uzbekistan have some form of minimum pricing but this is understood to be the first time a government has set a floor price per unit.

Karen Betts, the SWA chief executive, said: "We will now look to the Scottish and UK governments to support the industry against the negative effects of trade barriers being raised in overseas markets that discriminate against Scotch whisky as a consequence of minimum pricing."

The new measures are expected to come into force early next year and should mean a minimum price per unit of 50 pence ($0.66, €0.56). Currently, the maximum recommended intake of alcohol per week, which is 14 units, can be bought at supermakets and discount stores for 2 pounds 52 pence. The price of whisky is well above the the minimum price planned.

Scottish people buy on average 20 percent more alcohol than people in England and Wales and, according to charity alcohol concern there havae been 7,648 alcohol-related deaths so far this year in the UK.

In Scotland alone in 2016 there were 1,265 alcohol-related deaths, which represented a 10 percent increase over the previous year and also in 2016, 17 percent more alcohol was sold per adult in Scotland than in England and Wales.

Alcohol Research UK, a UK fact-finding charity, called on the government in Britain to "catch up to reduce harm and improve health and wellbeing of thousands of people" by introducing a similar measure.

Alcohol Focus Scotland made a similar point: "Minimum unit pricing is effective because it targets the kind of drinking most likely to lead to the greatest harm. The price of a pint in the pub won't change but the price of strong white ciders and own brand spirits that are mainly bought by dependent drinkers will rise markedly."

However, the EU's Advocate General Yves Bot, took a different line as he gave his opinion to the European Court of Justice (ECJ) in September. He said that a member state can only impose a minimum price, which restricts trade and distorts competition, if the system is superior to an alternative measure.

The ECJ judges follow the advocate general’s opinion in the majority of cases, but their opinions are not binding.

Lithuanians drink the most alcohol each year, according to a World Health Organization (WHO) study earlier this year. Germans drink roughly 11.4 liters (6.25 pints) of pure alcohol every year, putting them in 23rd place on the survey of 194 WHO members.