What seems to be a spate of recent earthquakes is raising public alarm about an overall rise in dangerous tremors. But scientists say that, despite appearances, they have yet to prove a global increase in major quakes. 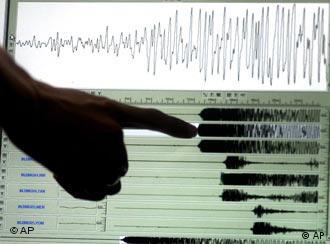 The latest major earthquake to make headlines hit Eastern Turkey on early Monday morning. It registered 6.0 on the Richter scale, and has claimed the lives of some 57 people so far. Meanwhile, major tremors in Taiwan, Chile and Haiti are still dominating news cycles.

But although some evidence suggests these earthquakes may be related, a connection hasn't been scientifically proven, scientists say.

The number of earthquakes around the globe is fairly constant, albeit fluctuating, according to Wolfgang Friederich, a professor of geoscience at the Ruhr University in Bochum.

Statistics from the US Geological Survey's Earthquake Hazard Program show that the number of earthquakes that measure between 7.0 and 7.9 magnitude on the Richter scale remained fairly stable in the last decade, averaging about 13 per year. 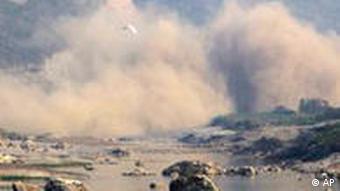 There were no more than four quakes that measured 8.0 to 9.9 in that time. And the number of small quakes and shocks to be measured is almost infinite, Ruhr Univeristy's Friedrich said.

The earth is composed of four layers: the inner core, outer core, mantle and crust. Together, the crust and the upper mantle comprise the lithosphere, a 50 kilometer (30 mile) thick layer that is made up of sections called tectonic plates.

These plates are known to shift, and contain many faults that cause the pieces to slip past one another. Most earthquakes occur along these faults.

"The plates can move horizontally or they move vertically so that one plate moves beneath another plate," Friedrich said. "Plate movement can be a mix of horizontal and vertical."

Much of the world's earthquake activity takes place in the area in the Pacific known as the Ring of Fire, a horseshoe-shaped area encircling the coast of the Pacific Ocean along countries such as New Zealand, Japan, Alaska and Chile. Some other major, well-known earthquake areas are the Mid-Atlantic Ridge and the San Andreas Fault in California.

According to Friedrich, seismologic modeling and mathematical calculation of stresses has shown an increase of stresses in other parts of the world after an earthquake occurs. This, combined with statistical data, has created a theory that a large earthquake such as the recent ones in Haiti and Chile can relieve stress in one part of a plate and increase it in another, potentially causing a follow-up quake in another part of the world.

"The problem is that you have to prove that it is not a coincidence, which is really hard," he said. 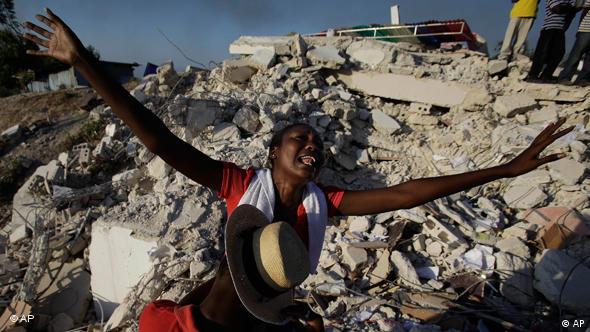 News about the tremor in Haiti captivated the world

Some scientists say they are relatively sure that after an earthquake, stress is redistributed to other locations on the tectonic plate. But connecting the effect to a second, later earthquake is not so easy, they maintain.

That the Chile earthquake occurred not long after the Haiti one, is still likely to be a coincidence, Friedrich said.

Reiner Kind, a researcher at the GFZ German Research Center for Geosciences, concurs. "No one has so far successfully proved that earthquakes on one side of a plate are linked with earthquakes on the other side of the plate," he said.

In fact, other factors may contribute to a perception that the number of earthquakes is increasing. For instance, the frequency and accuracy of quake measurement has improved.

"In the last decades, seismology has made a great deal of progress," Kind said.

As recently as thirty years ago, Kind said, recording was still done mostly on paper and there were few measuring stations worldwide. Now there are many more stations and with digital equipment at their disposal, scientists can immediately record any earthquake at any location.

"Ten minutes after an earthquake happens, we know where it is and how big it is," he said.

Scientists also know that if a fault is broken once, it will break again, Kind added. But they still do not know when that next earthquake will occur, or how big it may be.

The role of the media

Another factor in the public's perception that there are more earthquakes today than there used to be, could be the media. When the earthquakes struck Haiti and Chili, news organizations arrived quickly on the scene. Within minutes, their updates were beamed around the globe. 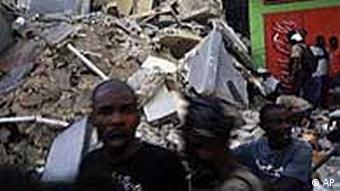 "The media is working much better than before. They are much better at communicating information," Kind said.

A spokesman for the Science Media Center in London, which aims to promote accurate scientific reporting, noted that the earthquakes in Haiti and Chile were covered extensively in the media.

"It makes an exciting story because people see what it would be like for themselves," said Tom Sheldon, a spokesman for the center, adding that for the viewer, it is like watching a disaster movie.

Wolfgang Friedrich from the Ruhr University notes that news of earthquakes tends to reach the public when they cause a lot of damage and many people are hurt. This increases the ominous perception that the earthquake threat is increasing.

But according to Sheldon, when the media focuses only on major earthquakes, it can make it seem like there are fewer tremors than there really are. In fact, there are hundreds of minor earthquakes that normally occur each year.

"Some earthquakes happen in the middle of the Pacific and can be quite strong, but nobody will be interested except seismologists," Friedrich said.

Turkey's largest city rests on a fault between two massive plates of the earth's crust. Scientists say this could cause an earthquake even more destructive than the one which shocked Haiti three weeks ago. (30.01.2010)

An earthquake has struck Haiti near the capital, Port-au-Prince, with hundreds of casualties feared. Germany has expressed its sympathies to the victims and promised aid to the Carribbean country. (13.01.2010)

The EU's foreign affairs chief has praised Chile's response to the devastating earthquake that has torn apart houses, bridges and highways, and claimed more than 700 lives. (28.02.2010)