German and American scientists have confirmed the genetic structure of "Denisovans," a new hominid on human's evolutionary family tree, according to a scientific report. The data comes from a 41,000-year-old fossil. 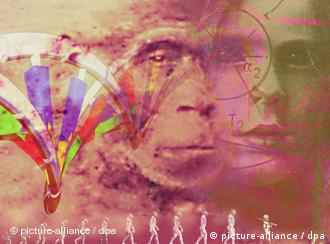 Based on the 2008 discovery of a 41,000-year-old finger bone found in the Denisova cave, in southern Siberia, researchers now have a draft genome sequence of this human ancestor, according to a paper to be published Thursday in the journal Nature.

A team led by Svante Paabo, a Neanderthal expert and researcher the Max Planck Institute for Evolutionary Anthropology in Leipzig, initially determined after its discovery that one sample located in a Siberian cave belonged to a group of hominids related to Neanderthals.

"When they found this little pinky bone we were totally convinced that this was either a Neanderthal or a modern human," he told Deutsche Welle. "We analyzed its mitochondrial DNA and we published earlier this year a paper that showed that this was some separate form of extinct human." 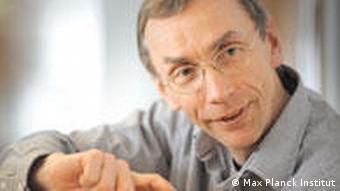 That first paper was published in March 2010, however, the research team now says the new genome sequencing suggests there is genetic material related to that found in modern Melanesia, a region extending north of Australia, from Papua New Guinea to Fiji.

That strongly implies Denisovans and Melanesian ancestors reproduced together. In fact, the paper shows that Denisovan genetic material makes approximately 4 percent to 6 percent of modern-day Melanesians in some cases.

"The fact that they have contributed to people in Papua New Guinea, suggests that they were all over East Asia at a time when Neanderthals were in western Eurasia," Paabo added.

Richard Green, an assistant professor of biomolecular engineering at the University of California, Santa Cruz, in the United States, said the story of human evolution has become "a bit more complicated."

"Instead of the clean story we used to have of modern humans migrating out of Africa and replacing Neanderthals, we now see these very intertwined storylines with more players and more interactions than we knew of before," said Green, who played a lead role in the analysis of the genome sequence data. 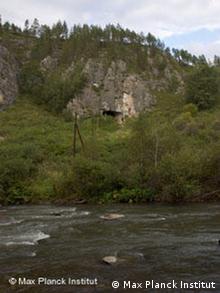 The bone fossil was found in Russia

Paabo concurred, calling this finding “exciting," and saying that studying Denisovans would become a new focus for him.

"They are related to Neanderthals, and I guess what it shows about our ancestors, when they came out of Africa, they met different forms of humans, at least with two different groups, with the Neanderthals and with Denisovans," he said.

As scientists locate more genetic markers around Asia, they may be able to discern where this ancient population once lived, and if they find enough fossils, they might be able to determine a morphology, or shape of those human ancestors.

Perhaps, later on, they might be able to locate artifacts or other clues that may reveal something about Denisovans social structure, clothing or tools.

"This study fills in some of the details, but we would like to know much more about the Denisovans and their interactions with human populations," Green said.

"And you have to wonder if there were other populations that remain to be discovered," he said.

Neanderthals live on in modern man

Using genome sequencing, German researchers have made a breakthrough discovery that proves that Neanderthals didn't die out some 30,000 years ago - at least not completely. Their DNA lives on. (07.05.2010)

Less than half a gram of bone has been used to decode a large portion of the genome of Neanderthal man, an extinct evolutionary relative to modern humans, scientists announced Thursday, Feb. 12. (13.02.2009)