Scientists call on leaders in Paris to avert climate threat to icy regions | Environment | All topics from climate change to conservation | DW | 30.11.2015

As leaders negotiate a climate pact, a new study calls for more ambitious targets to avoid irreversible impacts on regions of ice and snow. Otherwise water and food shortages, along with rising seas, could be inevitable. 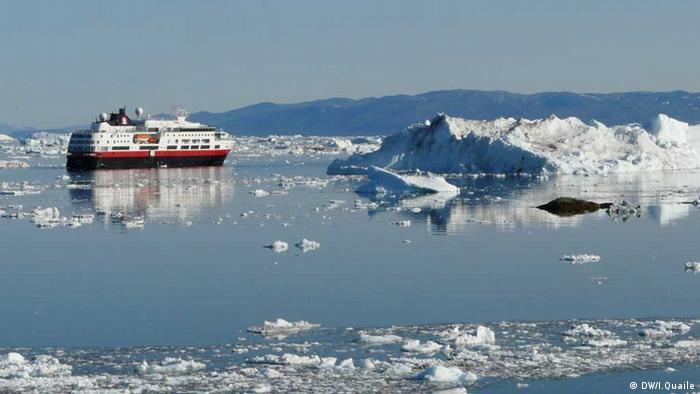 At first sight, melting ice and snow may not seem relevant or threatening to the majority of people. Yet the cryosphere - that is, the ice-, snow- and permafrost-covered regions of our planet - play a major role in regulating the world's climate and water supplies.

Pam Pearson is the director and founder of the International Cryosphere Climate Initiative. She told DW it was difficult to arouse interest on the cryosphere within the negotiations, because very few people globally actually live near cryosphere:

"Yet we are all deeply connected to these regions, because of their role in the Earth climate system," Pearson said. "Especially through sea-level rise, water resources from land glaciers, and permafrost release - that will make it harder to meet carbon budgets."

The report "Thresholds and closing windows: Risks of irreversible cryosphere climate change" was produced by leading scientists for the ICCI. It summarizes the levels of risk in five key areas: ice sheets loss and related sea-level rise; polar ocean acidification; land glacier loss; permafrost melt; and the loss of Arctic summer sea ice. The report is based on the last IPCC assessment, plus literature published in the three years since.

The Arctic, parts of Antarctica and many mountain regions have already warmed two to three times faster than the rest of the planet: from 2 to 3.5 degrees Celsius from pre-industrial levels.

Climate change is also affecting high-altitude areas such as the Himalayas and the Andes, where seasonal glacier melt provides water for drinking and irrigation, especially during dry periods. 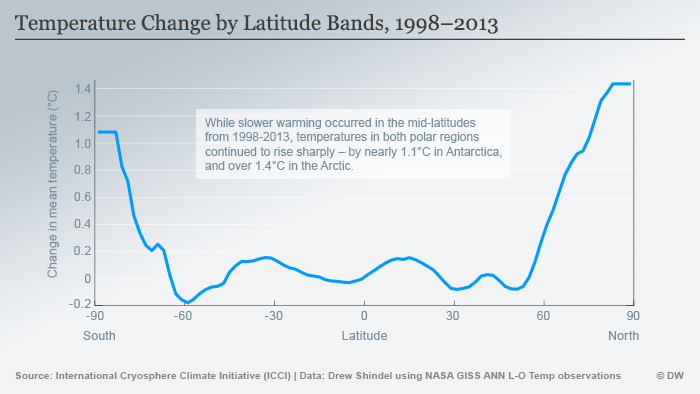 The changes are far more extreme than those forecast in even the most pessimistic scenarios of a few years ago. In the IPCC's 2007 assessment, the outer extreme estimate for sea-level rise (mostly from glacier ice melt) was about 1 meter by the end of this century.

Today, experts say even if we could halt warming now, it would be impossible to avoid sea-level rise of 1 meter - from glaciers, ice sheets and the natural expansion of warming waters - within the next two hundred years.

Most scientists also agree that the West Antarctic ice sheet has already been destabilized by warming to the extent where this probably cannot be halted, which will further increase sea level.

Pearson, herself a former climate negotiator, told DW that while participants in the climate conferences were broadly aware of changes in the cryosphere, they tended to lack awareness of two key aspects: 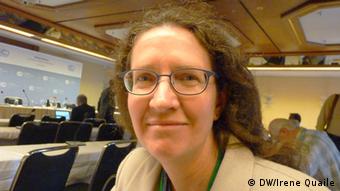 Pearson, a formar negotiator, is familiar with the ins and outs of climate talks

"First, that we have already passed - or are close to passing - temperature levels that will cause certain processes to begin; and second, that some of these processes cannot be stopped once they get started."

The report analyses the implications of the INDCs, or current pledges put on the table by the countries of the world for the Paris climate talks. The scientists come to the conclusion that these will not be enough to prevent the onset of many irreversible cryosphere processes.

Even the 2-degree (Celsius) pathway agreed by the international community translates into a peak cryosphere temperature of between 4 and 7 degrees above pre-industrial levels, according to the ice experts.

This would ultimately equate to an unstoppable sea level rise of a minimum 4 to 10 meters, the scientists found. 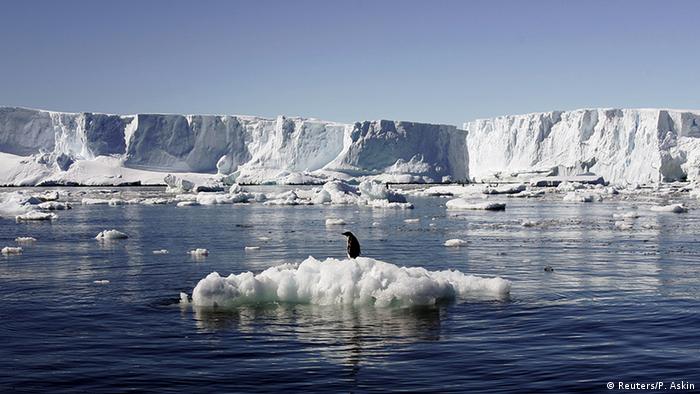 Even the icy Antarctic is not immune to climate warming.

About a quarter of the Northern Hemisphere's land area contains permafrost - ground that remains frozen throughout the year. It holds vast amounts of ancient organic carbon. So when this thaws, carbon dioxide and methane are released, which fuel further warming.

Even a temperature rise of 1.5 degrees could result in a 30 percent loss of near-surface permafrost. This would mean 50 gigatonnes of additional carbon emissions by 2100.

Given that the total carbon budget allocated to a 2-degree temperature rise is only 275 gigatonnes, that would be a huge warming factor.

The ICCI experts say this thaw would not be reversible, except on geological time scales.

Arctic summer sea ice has declined rapidly, especially since 2000. In recent summers, only about half the sea ice survives the summer today compared to 1950. This is "both a result and a cause of overall Arctic and global warming," according to the report.

White ice reflects heat into space. When it melts, it is replaced by water, which is much darker and absorbs the heat, exacerbating warming further.

The Arctic sea ice has a tempering effect on global temperatures and weather patterns. It would only be possible to reverse the disappearance of the ice in summer with a return to regular global temperatures of 1 to 2 degrees above pre-industrial times, according to the report.

Andes and Himalayas: turning off the tap 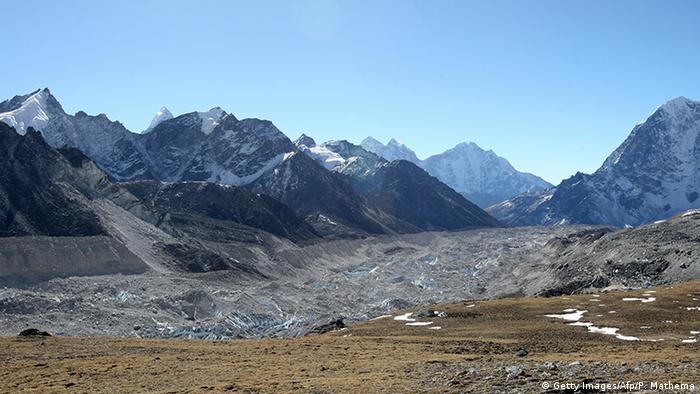 Himalayan glaciers continue to melt at an alarming rate

At a point in the past 50 years, anthropogenic climate change surpassed natural warming as the main driver of retreat, and caused about two-thirds of glacier melt between 1991 and 2010, according to the ICCI report.

Glaciers are important to nearby communities as a source of water for drinking or irrigation. Some are especially important in dry seasons, heat waves and droughts. Melting glaciers provide an increase in water for a limited time.

But ultimately, the lack of water could make traditional agriculture impossible in some regions of Himalayas or Andes watersheds.

Can Paris take the heat off the ice?

Steam engine to Exxon: The evolution of climate science

As politicians debate how to halt the warming of the planet, some 200 years of climate science provide the basis for their deliberations. But this science hasn't always been a given. (27.11.2015)

However, the scientists stress that it is still possible to reduce emissions to the required level, if political will becomes strong enough.

Pearson misses a "sense of urgency." Although some of the most damaging consequences will only occur in hundreds or even thousands of years, these will be determined by our action - or inaction - in the coming few decades.

This includes the 2020 to 2030 commitment period that is the focus of the Paris agreement, Pearson stresses.

Pearson says the world has to get onto a path towards the 2-degree goal now - which is risky enough for the cryosphere.

A proposed ratchet-up mechanism for the hoped-for Paris protocol could help strengthen the end goal, Pearson points out, along with measures at strengthening actions prior to 2020. "This kind of earlier action is really vital, and will make the job of keeping temperatures as low as possible easier," she said.

Without much more ambitious targets, the ICCI study concludes it will be "close to impossible" to avoid rapid deterioration of snow and ice regions - and associated global climate destabilization.

That would have massive social, economic and cultural impacts - not the least of which is mass migration.