Science without the jargon: Media training in Kenya for African scientists | Training | DW | 20.12.2018

Science without the jargon: Media training in Kenya for African scientists

How can Kenya's rural population benefit from the results of scientific research? At a DW Akademie workshop in the city of Nakuru, scientists learn to communicate findings in a way that audiences can easily understand. 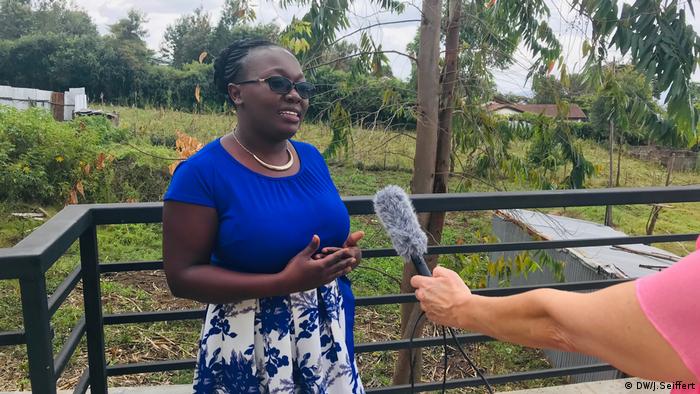 Catherine Mwema anxiously switches from one foot to the other. She's not sure whether she should speak directly into the camera or look at the journalist instead. Whether she should keep her glasses on or take them off. This is the first time the 34-year-old Kenyan scientist is standing in front of the camera and she's understandably nervous. "It's pretty hard to pack in all the important things if you only have 30 seconds!" she laughs.

Together with 20 other African scientists, Mwema is taking part in a four-day media training workshop conducted by DW Akademie trainers and two local journalists. Participants are learning professional skills for talking to the media and addressing the public. 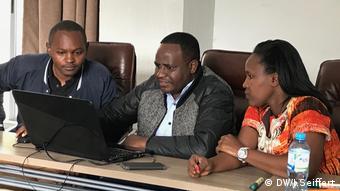 "Remember – when you've finished your statement never run out of the picture!" stresses media trainer Constanze Abratzky as she gives particapants feedback on their practice videos. "When we're editing TV reports we need to be able to cut this shot to the next one."

The media training workshop in the Kenyan city Nakuru is part of the research project "Horticultural Innovation and Learning for Improved Nutrition and Livelihood in East Africa" (HORTLINLEA ). It involves 19 East African and German research institutes researching food security in East Africa.

The next session in the workshop is on interview training and Mwema finds it easier, saying she has more time to develop her core messages.

The interviewer is Kevine Omollo, a reporter for the Kenyan newspaper "Standard". He wants to know why indigenous Kenyan crops such as amaranth or the African kermes berry are so valuable, and what farmers should know when it comes to properly cultivating and processing them.

"The biggest challenge for scientists is translating complicated terms into everyday language," says trainer Abratzky. Mwema is becoming increasingly comfortable as she responds to questions, including critical ones. She points to her research showing that when farmers join forces at the market, they can get significantly higher prices.

"The media and communication training will help our PhD students in their professional life," says Dagmar Kunze of HORTINLEA. "They’ll often be standing in front of the camera or addressing the public and they've come a lot further here," she says. 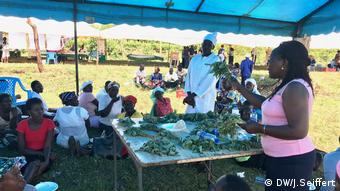 To make sure the farmers really understand their findings, the scientists organize an information event at a farm near the Kenyan port city, Kisumu. Assisted by DW Akademie trainers, participants have produced flyers explaining how drip irrigation works as well as the best way to store seeds. 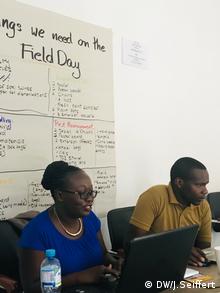 Some of the young scientists already have work experience, and many are aiming to work in the Kenyan food sector once they finish their PhD. Mwema, however, remains committed to research. "I’ve now learned how to communicate the work I do in a way that improves the lives of people in my country," she says.