School Reopens After Shooting Tragedy | Germany| News and in-depth reporting from Berlin and beyond | DW | 29.08.2005

Three years after the worst high school massacre in Germany left 17 dead and plunged a nation into deep shock and sorrow, Chancellor Schröder attended the official reopening of the affected school in Erfurt Monday. 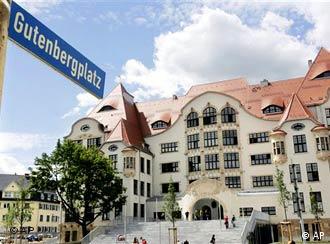 The school building has undergone a renovation

During a somber ceremony attended by some 800 people at the Gutenberg high school in the eastern German town of Erfurt, German Chancellor Gerhard Schröder said the school massacre had shocked Germany like no other crime and united the country in sorrow and solidarity.

On April 26, 2002, a former pupil of the school, 19-year-old Robert Steinhäuser, shot dead 12 teachers, a school secretary, two students and a policeman all in the space of a few minutes before killing himself. Steinhäuser was said to have wanted to take revenge on the school for expelling him earlier.

The incident deeply stunned a nation unaccustomed to brutal violence in schools and triggered a heated debate on the tightening of gun laws and the impact of violent computer games on youth.

Following the bloodbath, the surviving 600 students and 60 teachers were moved to alternative premises. The school, an Art Nouveau building named after the German 15th century printer Johannes Gutenberg who invented movable metal type, was completely renovated at a cost of some 10 million euros ($12.3 million) provided by the German government. 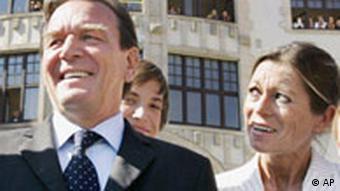 On Thursday, Schröder said that the entire country sympathized with the affected families.

"There were legal consequences across party lines, regarding youth protection, gun law and even school law," Schröder said, adding that though a few answers had been provided, the wounds inflicted by the dark day had still not healed.

The chancellor however underlined that he was happy that the city had decided to hold on to the old school building, saying the revamping of the place was also a sign of national solidarity with the victims and the affected families.

"A piece of normality has returned," Schroder said, warning however that one shouldn't expect too much from the reopened school. "It is only as strong as the society which it is a part of," he said. 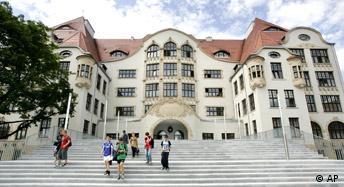 Dieter Althaus, premier of the state of Thuringia said that though pain, sorrow and anger still surrounded the event, "hope is also there."

Despite the optimistic note, it will be far from easy for the students and teachers to resume classes at the scene of the horrific tragedy. 33 students and nine teachers are currently undergoing psychological counseling and some of them have only recently sought out treatment even though the massacre happened three years ago. 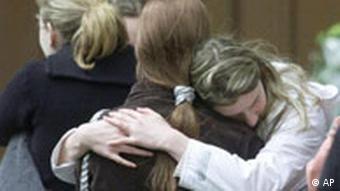 Psychologists say this isn't unusual as effects of a traumatic experience frequently make themselves felt long after the event that caused them. They also warn against overestimating the beneficial, psychological impact of the renovation work symbolizing a new beginning.

Christiane Alt, director of the Gutenberg high school, who returned to her office some months ago, said many of the students are desperately hoping for a return to normal school life.

"The most uplifting moment will be when life returns to the building and the voices of children can be heard once again," Alt said.

On Monday, a pupil entered the Red Lake High School in Minnesota and killed ten people. The killings stirred painful memories in the German town of Erfurt, which endured its own massacre three years ago. (March 23, 2005)

Almost two years after a school massacre killed 16 people, one of the victims' partners has taken state authorities to court for not having done enough to save lives. It's reopened questions underlying the tragedy. (March 3, 2004)