Scheidt: Rio 2016 Olympics can inspire the next generation

With five medals to his credit, two of them gold, sailor Robert Scheidt is Brazil's most successful Olympic athlete. DW caught up with the 42-year-old to get his take on the 2016 Summer Games. 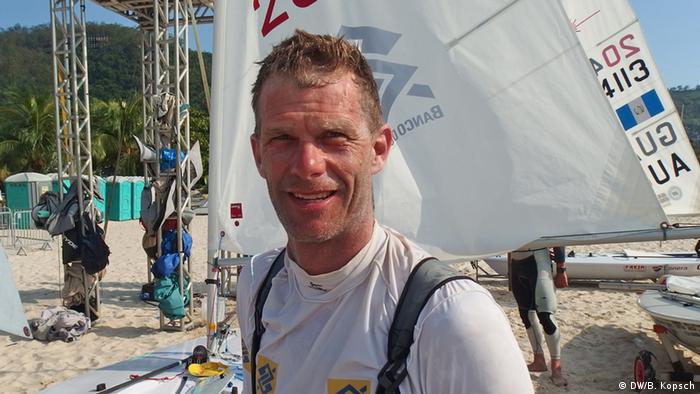 DW: You've been a top international sailor for 30 years and a two-time world sailor of the year. What's the secret to your success?

Robert Scheidt: It's not easy to stay at the top for so long. When you first win something, people expect you to win all the time. And you put great demands on yourself as well. You have to improve how you train, try out new things and constantly develop. You can never rest on your laurels and think that you're the best. That's when the competition overtakes you. At the beginning of my career I never dreamed of winning so many titles. Now I'll be participating in my sixth Olympics. That's very satisfying.

This time round the Olympics are taking place in your home country. What difference does that make?

Everything is different. It's a very complex feeling. There are huge expectations on the athletes, especially on those who have a chance of winning medals or have won some in the past. We have to use this pressure as a positive source of motivation and energy. When I see the Brazilian flag, the statue of Christ the Redeemer and Sugarloaf Mountain, it really motivates me. 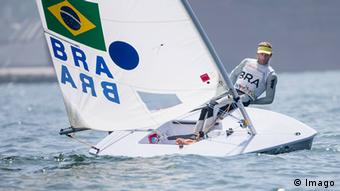 Scheidt at the Pan American Games in Toronto in 2015

At 43, you're the oldest member not only of the Brazilian sailing team but of the country's entire Olympic contingent. Do you feel fit enough for the Games?

It's a challenge in any case. With the years, you need longer to recover. Nowadays, I have to be more intelligent about how I train. More quality and less quantity. I have to conserve my strength. On the other hand, sailing is a sport in which experience counts for a lot. It's important to recognize certain situations, to have taken part in five Olympic Games and to have experienced moments of stress. That can be a positive for me. Still, I see it as a privilege to still be able to do this sport at such a high level. I know I'm no longer at my physical peak, but I can compete.

You won your first Olympic gold medal twenty years ago, at the 1996 Summer Games in Atlanta. How do you rate your chances this summer?

It's unbelievable, but these are the first Games I'm not going into as one of the favorites. Since I first took part in 1996, I've always been a favorite for gold - except maybe 2008 when I was tipped for silver. This time it's different. But so many factors affect sailing: the currents, the wind, whether you're sailing in or out of harbor. It's a very complex sport. That's why the favorite doesn't always win. It's not like swimming or track and field where you know who has recorded what times. I still have things to improve before the Olympics, but I'm on the right track. The most important thing now is to avoid injury, to pay attention to my body until the time is at hand. And when it arrives, I want to take my chance.

How is Rio de Janeiro different from other Olympic host cities?

What's different about Rio is that you can hold the competitions right here in the city. That's great because the people can easily follow them. That's true not just for the most popular sports like swimming or track and field but for sailing, beach volleyball and tennis, too. Disciplines like that are often held far away from the city center. That's a big advantage this time around. And I haven't even mentioned how pretty the city is, nestled between the mountains and the ocean. The world will remember these games. Maybe they won't be as luxurious and exorbitant as in China, but they'll live from the energy of the people and the beauty of the city. 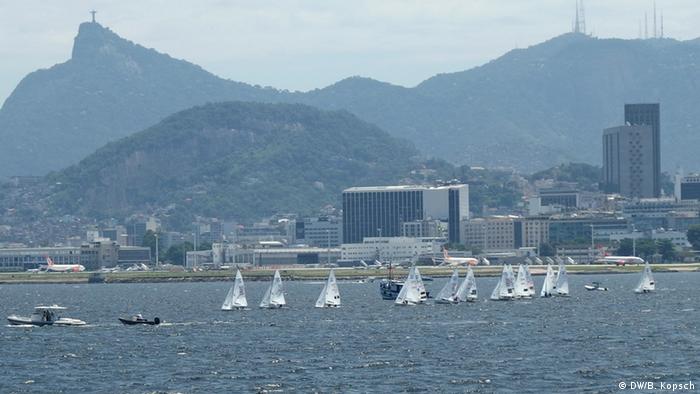 The Brazil Sailing Cup in 2015, in the bay of Niteroi, a neighborhood of Rio de Janeiro

Guanbara Bay, where the sailing events will be held, has been criticized as polluted and full of waste. What do you think about the sporting and hygienic conditions there?

I think they're not quite as bad as the media have been portraying. During the Games, they'll have to fish out the junk that's floating around since plastic bottles and stuff like that could get in the boats' way. If they do that, we'll have adequate conditions to hold the competition. And as far as the water quality is concerned, it's not as though everyone who sails here gets sick. In Sydney we were afraid of being attacked by sharks - here's it's antibiotic-resistant super-bacteria (laughs). Thus far, there's been no proof that anything bad has happened, and I think those in positions of responsibility will check up on things.

What do you expect the Games to do for your homeland?

The Olympic Games can leave behind a message for the Brazilian people - that this is not just a football country. It's a country with lots of sports. And I hope Brazil does well and wins lots of medals. That would have an effect on young people. The Olympics can inspire the next generation of athletes and show them the sort of power sports have. It can make them dream and give them idols who inspire them. That's how it was with me. 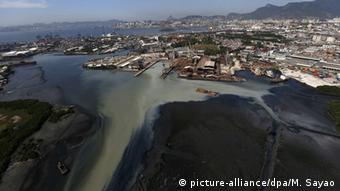 An unhealthy Guanabara Bay in 2014

As is clear from your last name, your ancestors came from Germany.

Like many Germans, my grandfather came to Brazil after the First World War. He met my grandmother in Sao Paolo, and they had six children. My father, Fritz, was one of them. He was born in Brazil. So I'm third-generation. In any case, I have a special relationship with Germany. I've attended the Kieler Woche sailing event there 15 times and plan to go back. I like it in Germany. I have lots of friends there.

What are your plans after the Olympics?

These will likely be my last Olympic Games. After them, I'll probably try out different classes of boats and see what sort of opportunities there are in professional sailing. And I'll concentrate on other things, for example, my family. I have a wonderful wife and two kids. Olympic medals are important to me. Everyone of them has its own story, and I've kept them all. But family is the most important thing in the world.

The interview was conducted by Bianca Kopsch at the Brazil Cup sailing competition in Rio de Janeiro in December 2015.