Save the Children opens Senegal talks on child marriages | World | Breaking news and perspectives from around the globe | DW | 22.10.2017

Save the Children opens Senegal talks on child marriages

Though laws may forbid minors from marrying, forced premature matrimony remains a major issue for girls across the world. Many are condemned to lives of suffering. 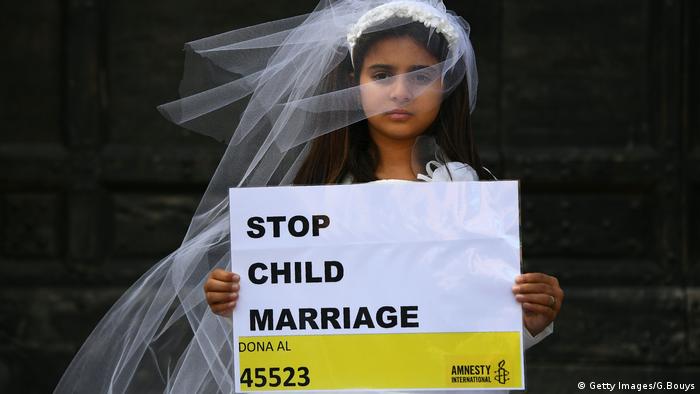 Around the world, many girls and young women are denied educational and labor opportunities and forced into marriages that put many of them at risk of sexual violence, physical abuse and other forms of exploitation and oppression.

The United Nations Children's Fund estimates that every year 15 million girls are married off before their 18th birthday. According to UNICEF, some of them are as young as 10. They have to stop going to school, they're expected to keep house for men they've often never seen before — men who are generally several years older — and many get pregnant, even though their bodies are still immature.

"The risks for the young mothers-to-be increase during pregnancy and birth," Susanne Schröter, an ethnologist who heads the Frankfurt Research Center on Global Islam, told DW. Among other topics, she researches gender orders in primarily Muslim countries. It is overwhelmingly girls who are placed into underage marriage arrangements, which occur across cultures and continents.

"After the birth, the children are overwhelmed by their role as mothers because they're still children themselves," Schröter said. "It's an absolute scandal."

"The girls can't defend themselves, because the balance of power is such that they are in no position to resist," Schröter said. 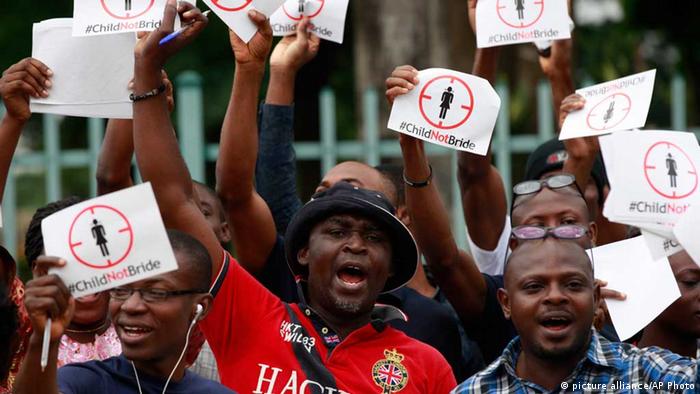 One of the UN's sustainable development goals is to make child marriage illegal worldwide by 2030. In order to achieve this, Save the Children is hosting a three-day international conference in Senegal starting on Monday, with representatives of various governments, religious authorities and children's rights organizations on hand to discuss the issue with young people and UN agencies.

In line with the UN Convention on the Rights of the Child, most countries only permit marriage beginning at the age of 18. Between 2015 and 2017, Chad, Malawi, Zimbabwe, Costa Rica, Ecuador and Guatemala raised the minimum marriage age to this level. They also abolished exceptions that allowed minors to marry legally with the permission of their parents or a judge. For Susanna Krüger, the head of Save the Children in Germany, the reduction in the number of child marriages represents a big success. "The legal framework helps to make long-term changes to societal structures," she told DW.

Nonetheless, the number of illegal child marriages has increased worldwide since 2015, from 11.3 million to 11.5 million — and that trend is continuing. Furthermore, 82.8 million girls aged 10 to 17 still have no legal protection against child marriage. Counting girls vulnerable to exemption clauses, which allow parents and judges to consent to marriages, the number rises to 96.1 million.

Advocates for girls say bans alone are not effective to stem the rising number. "It's a mixture of many factors," Krüger said. "Religion, culture or societal, patriarchal structures are closely interwoven and mutually dependent."

Though poverty rates are dropping in some countries, conditions for the world's poorest people are generally getting worse. Girls from rural areas and extremely poor families are especially vulnerable. Their families often feel compelled to marry off their daughters for financial reasons, and especially to older men.

"Parents don't always want to marry their children off," Krüger said. "Many families have no possibility of shaking off the burden of this economic pressure," she added.

Armed conflicts are another factor in such arrangements, Schröter said, citing Syria's civil war as one example. "After the outbreak of the conflict, and above all after the start of the refugee exodus, the number of child marriages rose enormously," she said. "Girls of 11 or 12 were being married off in the belief that this would afford them protection from sexual abuse, for example. Fleeing makes people feel an increased need for security, so they turn to their tradition, which gives them security."

Save the Children is calling on politicians to take decisive action against child marriage. "The most important thing is education, and that children and girls remain in school," Krüger said. There is much that needs to be done within communities, she added — and that goes beyond educational work. Families need security so that they will not be economically disadvantaged if they don't marry off their daughters, for example. "We want to influence the government's programs so that parents and girls have financial possibilities and are able to work later on," Krüger said. Positive role models are important for this, she said, as is understanding and support from parents and communities.