Riyadh says 34 countries have pledged to join its new Islamic military coalition aimed at combating terrorism. Those that have signed up to join the cause include Asian, African and Middle Eastern countries. 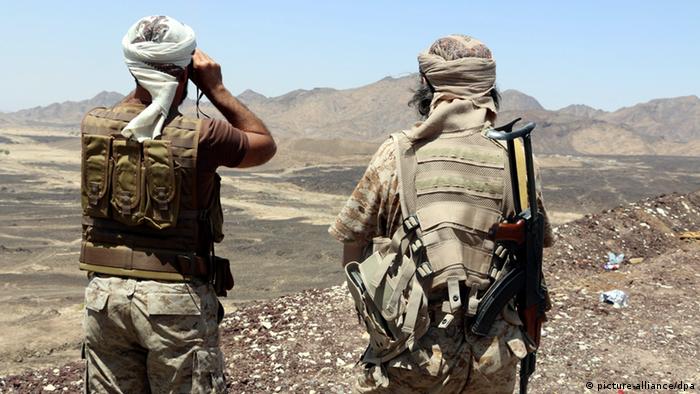 Saudi Arabia's state press agency SPA reported on Monday that a new Saudi-led alliance had been established to ensure that terrorism "be fought by all means." The statement added that "collaboration should be made to eliminate (terrorism)."

The new coalition comes amid an intensified international fightback against "Islamic State" (IS) militants in Iraq and Syria, with Russia joining the fray in recent months.

Gulf Arab states, in particular, have faced regular criticism from Washington over their lack of support of the existing US-led coalition against IS jihadists.

Once again on Monday, US President Barack Obama singled out America's Middle East allies to do more to help in the fightback. The "New York Times" reports that the US wants Arab allies to put together a Syrian Arab force of ground troops willing to take on IS.

“And that is why I have asked Secretary Carter to go to the Middle East - he'll depart right after this press briefing - to work with our coalition partners on securing more military contributions to this fight,” Obama said, in a speech from the Pentagon.

Riyadh's plan will see 34 Muslim-majority nations work together to forge a military response to terrorism. Those countries taking part include Pakistan, Lebanon, Egypt, Malaysia and many Gulf countries including the United Arab Emirates (UAE). Several Asian and African countries also committed to the project.

The alliance will have a joint operations center based in the Saudi capital, a statement by the grouping said, but few exact details were disclosed about the coalition's intended activities.

The statement described the aim as being "to protect nations from the evils of all groups and terrorist organizations ... no matter what their religion and titles are."

In a press conference to launch the alliance, Deputy Saudi Crown Prince Mohammed Bin Salman said: "We will fight every terrorist organization, not only the Islamic State." He noted that each country will participate in the alliance according to its capabilities.

The alliance follows Riyadh's intervention in the civil war in Yemen against Shiite rebels, which has been supported by several neighbors, including the UAE.

Saudi Arabia's regional rival, Iran, is not part of the coalition.