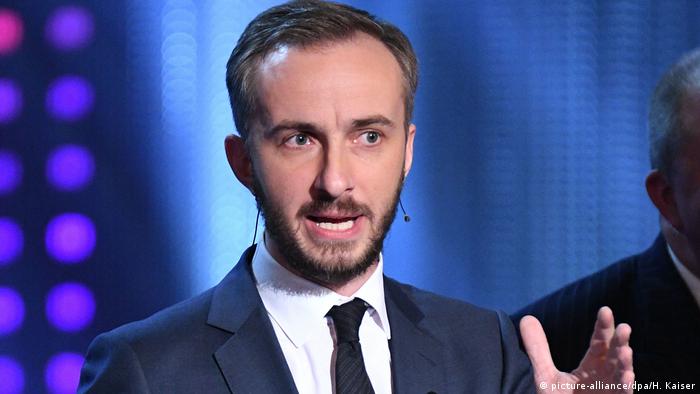 In an allusion to a line in a work by Austrian playwright Thomas Bernhard about "a nation of 6.5 million idiots living in a country that is rotting away," German comedian Jan Böhmermann, who became internationally famous through a satirical poem insulting Turkish President Recep Tayyip Erdogan, said in a interview on Austrian public television that there were "8 million idiots loudly calling for authoritarian leadership," and that Austria was a political test lab, referring to the country's current government: a coalition between Chancellor Sebastian Kurz's conservative Austrian People's Party (ÖVP) and the far-right Freedom Party of Austria (FPÖ).

The comedian also poked fun at the FPÖ's plans to change the country's financing system for the public broadcasters, asking if it would lead to less independence for the public TV channel ORF, joking that it would "be renamed FPÖ-TV."

'Are you even allowed to broadcast this?'

Böhmermann also questioned the credibility of the Austrian leader, Kurz, saying that "a 32-year-old chancellor is not normal." "Your insurance agent with all the hair gel — don't you have anyone better? And are you even allowed to broadcast the interview when I say this?"

After the interview aired, the show's TV host, Clarissa Stadler, said: "And those were the views of satirist Jan Böhmermann on Austria. ... The ORF distances itself from Böhmermann's provocative and political statements, but, as you know, satire is free and public broadcasters are allowed to publicize artistic opinions."

The comedian reacted to the post-interview statement and the fact that parts of the talk were beeped, first saying that it was an "exquisite joke," but then asking if it really was a joke. "I'm afraid it wasn't — oh god, oh god, Austria ..."

Such disclaimers are standard in Austria

ORF said in reaction to the controversy that it was obligated, due to its objectivity requirement, to distance itself from subjective remarks by third parties. The director of ORF TV's cultural department, Martin Traxl, told the Austrian news agency APA that there had been "no pressure from inside or outside" to make the disclaimer. Before being aired, the interview was submitted to the broadcaster's legal department, which coordinated the way that the clip would be handled.

Such disclaimers following an interview right after it was aired appear unusual in Germany, even though opinion pieces are sometimes accompanied by a note specifying that the content only reflects the views of the authors.

The ORF has faced other lawsuits in the past for having violated objectivity requirements by broadcasting one-sided political statements. The broadcaster has therefore started adding a disclaimer in the credits when it airs festive events, for instance.

The broadcaster could have similarly been sued if the show's host had not added that the comedian's views did not reflect the ORF's position. It also allowed the program to air the entire interview instead of shortening it.

Still, saying that it "distances itself" might seem questionable, since the term implies that one doesn't agree with the content, rather than referring to the broadcaster's objectivity requirements. 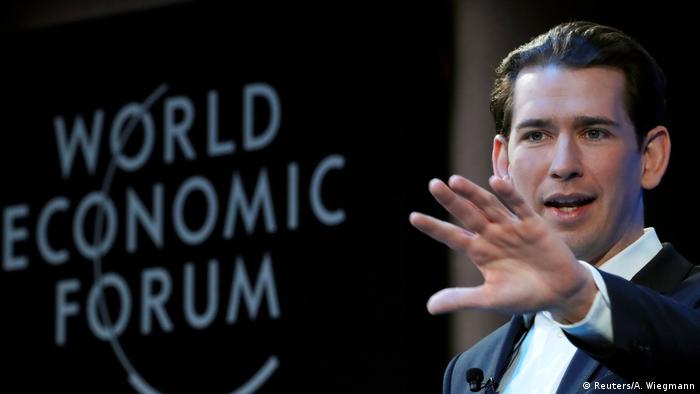 "A 32-year-old chancellor is not normal," said Böhmermann of Austrian Chancellor Sebastian Kurz, pictured above

Some observers consider press freedom and the independence of the Austrian media to be in danger. "The distance taken from the Böhmermann interview is an indication that ORF is coming under heavy fire," Rubina Möhring, president of Reporters Without Borders Austria told DW. Journalists might now exercise self-censorship: "The term 'distancing' is an expression of fear," she says.

In addition to the FPÖ's plans to change the financing system of the public broadcasting services, the far-right populist party also regularly approaches journalists directly. After a critical interview with FPÖ General Secretary Harald Vilimsky, FPÖ politicians threatened ORF moderator Armin Wolf. Wolf had compared a flyer from an FPÖ youth wing to anti-Semitic Nazi propaganda, causing outrage. FPÖ vice-chancellor Heinz-Christian Strache implied Wolf had been lying but was then forced to publicly apologize and pay €10,000 (around $11,100) in compensation for damages. 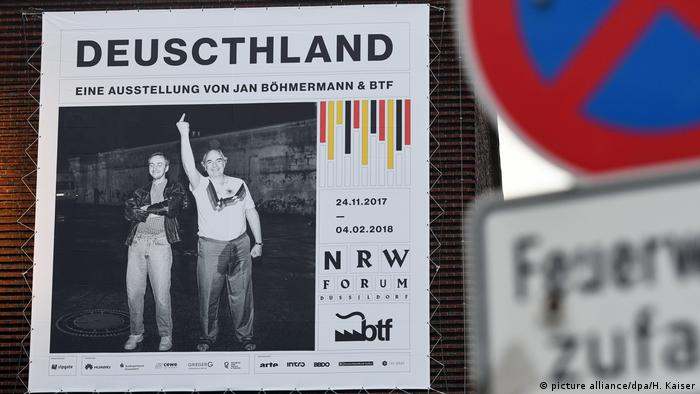 The comedian put on an exhibition in 2017 in Düsseldorf and is currently presenting a follow-up show, in Graz, Austria.

As an example of problematic political influence, she points out the FPÖ's request to fire ORF's Hungarian correspondent for his reporting on the 2018 parliamentary election. She also points to Chancellor Sebastian Kurz, who criticized a radio report for being false, when in fact, its content was accurate. "We are seeing a common thread in the governing parties," said Möhring.

Böhmermann has plenty of experience when it comes to commenting critically on politicians. After his inflammatory poem about Turkish President Erdogan in 2016, he was investigated on archaic "lese majeste" charges, which criminalize insults against foreign heads of state — Germany's "lese majeste" law was later scrapped. Chancellor Merkel also became involved in the minor diplomatic row, initially calling his poem "purposefully offensive," before later saying she had made a mistake in doing so.

Angry with Austria's archconservative and anti-immigrant government, leftists have called for weekly protests. But many young people in Vienna are hoping their millennial leader can make Austria great again. (11.10.2018)

In an exclusive interview with DW's Conflict Zone, Austrian Foreign Minister, Karin Kneissl, discussed migrants, the rule of law in Europe and Vienna’s relationship with Moscow. (20.09.2018)