Sarkozy to Make Berlin First Official Stop After Taking Office | Europe| News and current affairs from around the continent | DW | 16.05.2007

After his inauguration, French president elect Nicolas Sarkozy won't have much time to savor the feeling of stepping into Jacques Chirac's shoes -- he'll be busy flying to Germany. 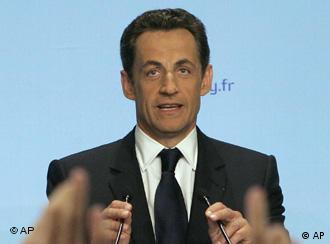 Sarkozy has a busy first day in office

Sarkozy takes over on Wednesday from Chirac, who will welcome him to the Elysee presidential palace during a formal ceremony, show him around his new office and hand over the launch codes of the French nuclear arsenal.

Later on Wednesday, in his first official trip as the new French leader, Sarkozy is due to hold talks with German Chancellor Angela Merkel, the current EU president. 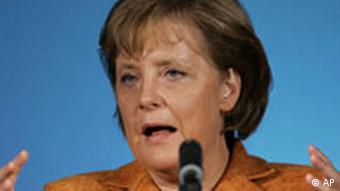 Speaking on the eve of the meeting, Merkel said she was "very happy" that Sarkozy promised during his election campaign to "invest the EU with a capacity for action."

"We will now see how he plans to make that work," Merkel told reporters in Brussels.

Constitution on the agenda

Merkel said she and Sarkozy would discuss "current issues and the preparation of the European Council in June," at which Germany hopes to obtain agreement among the 27 EU member states on the main planks of a new European treaty.

During his election campaign, Sarkozy promoted the idea of a "mini treaty" to replace the original EU draft constitution, which has been in limbo ever since French and Dutch voters rejected it in referendum in 2005.

Asked whether she saw Sarkozy as a team player in Europe, Merkel replied that "to win in a team game you need all your players."

Turkey is expected to be another hot topic between Merkel and Sarkozy, who are united in their opposition to the primarily Muslim country joining the 27-member bloc.

However, after Sarkozy's election on May 6, the European Commission insisted that negotiations on three of the 35 policy chapters necessary for Turkey's EU membership would resume before the end of the German presidency on June 30. 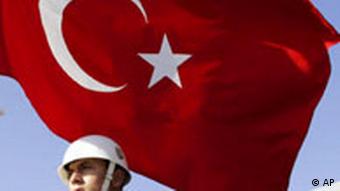 "Mr. Sarkozy has to overcome his prejudices.... If we are to unite civilizations within the EU, if we say the EU is not a Christian club, then Mr. Sarkozy should review his opinions," Erdogan said at the annual assembly of the media watchdog International Press Institute in Istanbul.

Sarkozy opposes Turkey's EU membership on the grounds that most of Turkey's territory is in Asia and that the idea of a united Europe would be diluted if its borders stretch that far. He has instead called for a "privileged partnership" between the EU and Turkey.

For his part, Erdogan stressed the need for Turkey to "build warmer ties with the French people".

"I hope our relationship with Mr. Sarkozy will move to a more positive direction in time because, I believe, (countries around) the world need each other," he added.

Merkel Sees No Chance For Christian Reference in EU Charter

German Chancellor Angela Merkel has said she has "given up hope" of having a reference to Europe's Judeo-Christian heritage enshrined in the new version of the European Union constitution. (15.05.2007)