A dream was born when Sarah al-Amiri saw an image of the Andromeda Galaxy at the age of 12. In a region defined by turmoil, she never thought it would lead her country beyond Earth's stratosphere and toward Mars. 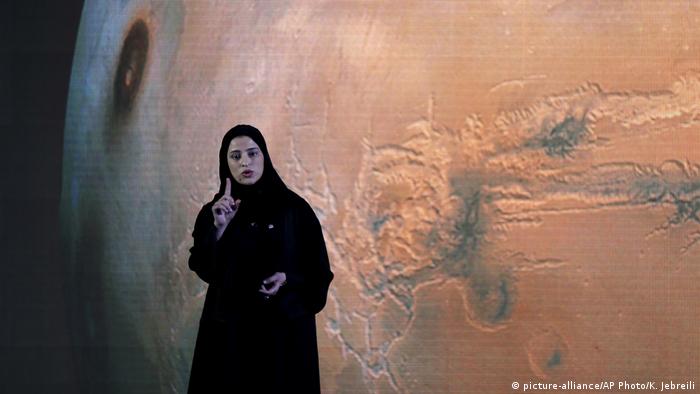 Over the past five years, the United Arab Emirates has sought to push the boundaries of science and technology.

In 2017, they announced the world's first Minister of Artificial Intelligence to spearhead the Gulf state's efforts in machine learning and other cutting-edge technologies.

That year, they also tapped a young Emirati engineer, Sarah al-Amiri, to lead the country's efforts into space at a time when the region was paying little attention to what is often described as the final frontier.

"We're a new country that is late to the competition in the global perspective," al-Amiri told the British scientific journal Nature earlier this month. "It's natural for people to think this was crazy," she added, referring to the UAE's Mars mission, which launched July 20. 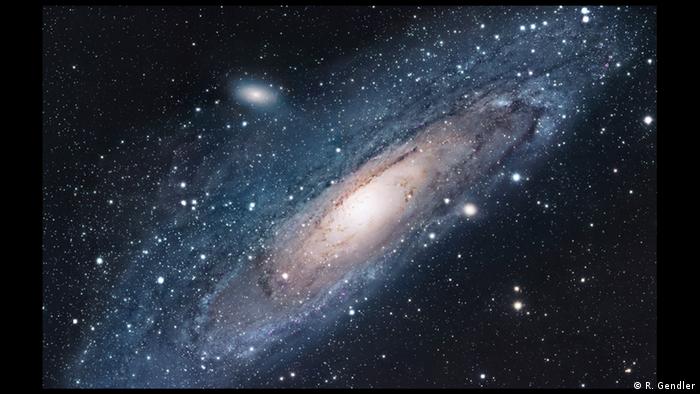 Al-Amiri was inspired by the Andromeda Galaxy as a girl

Although al-Amiri initially started work as a computer engineer, she later moved into the field of space technology at the Emirates Institution for Advanced Science and Technology, where she worked on the UAE's first satellites. For her, it was a dream come true.

"As a young woman, at 12 years old, I saw an image of the Andromeda Galaxy, the closest galaxy to our Milky Way," al-Amiri said during a 2017 TEDx Talk in Dubai, adding that the image pushed her to learn as a much as she could about space. "They had told me that they were working in the space sector, and I had a dream, so check."

From there, she was appointed the head of the Emirates Science Council in 2016 and a year later, the government tapped her to lead the new ministerial role for developing advanced sciences. Today at age 33, she is deputy project manager and science lead of the Mars mission, dubbed Amal — Arabic for hope.

"The mission is called 'hope' because we are contributing to the global understanding of a planet," she said. "We are going above and beyond the turmoil that is now defining our region and becoming positive contributors to science."

'For the benefit of human understanding'

The mission has also pushed societal norms. According to Nature, women make up 34% of the mission and 80% of its science team, significantly higher than the 28% represented in the Emirati workforce.

Al-Amiri is hoping to bolster those figures by widening Emirati youth engagement in the fields of science, technology, engineering and mathematics.

"Science to me is the most international form of collaboration," said al-Amiri. "It is limitless, it is borderless and it is run by the passions of individuals for the benefit of human understanding."

But her portfolio isn't limited to spacefaring missions.

"When you talk about the UAE's economy in the next 30 years, one of its foundations is science and technology because you want to have an economy based on knowledge — knowledge of production, utilization of knowledge and creating intangible assets," al-Amiri told the official Emirates News Agency on Monday.

"That's how the most sustainable economies work around the world."

A UAE space probe aboard a Japanese rocket has blasted off to begin its seven-month journey to the Red Planet. The Arab world's first interplanetary mission aims to collect data about the Martian atmosphere and climate. (20.07.2020)

Hope is the United Arab Emirates' first mission to Mars, and the country aims to use it to transform global science, the nation's space sector, and its economy. Here's what you need to know about the mission. (07.07.2020)

What's the science on the Emirates Mars Mission?

The UAE is on a 100-year mission to build a city on Mars. A major first step is its probe called Hope ("Al-Amal"), which launches in July. It will measure the Red Planet's atmosphere in ways no other probe has before. (18.06.2020)