A Christmas ad depicts a romance between Santa Claus and a man called Harry, marking 50 years since homosexuality was decriminalized in Norway. 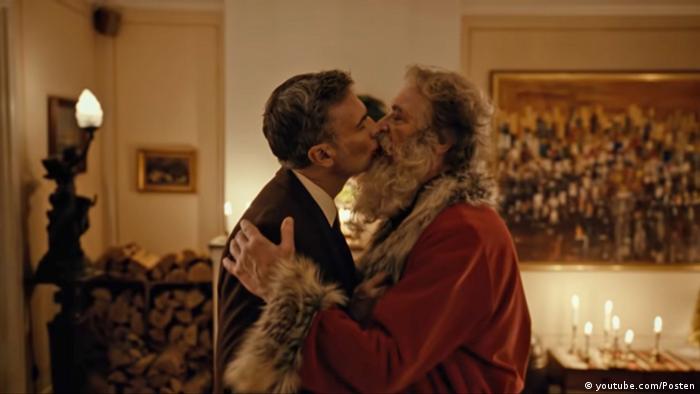 Santa gets to kiss Harry: a screenshot for the new Norwegian ad

It is a relationship that developed over the years, where the protagonists meet only every Christmas Eve  and very briefly at that, as one of them always has to rush off to work. 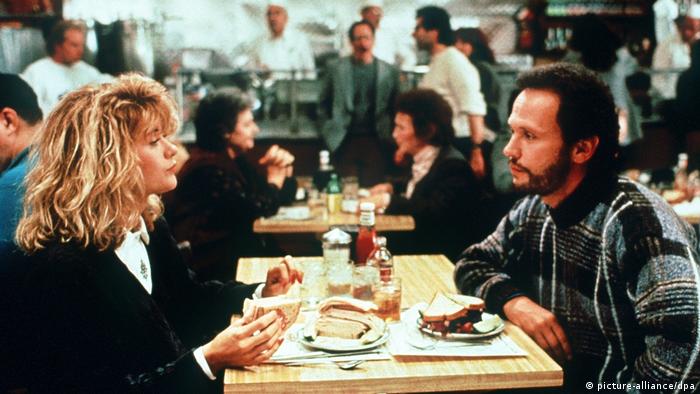 The infamous scene from 'When Harry Met Sally,' where Meg Ryan's character fakes an orgasm for Harry (Billy Crystal)

This year's Christmas campaign by Norway's state-owned postal service, Posten, aims not only to mark the 50th anniversary of the decriminalization of homosexuality in Norway but also underscores Posten's commitment to a diverse workplace.

In the nearly four-minute ad, Harry bumps into Santa Claus delivering gifts to his home one year. They lock eyes and there is an immediate attraction.

A bond grows between the two over several Christmases, but their encounters are always fleeting, as Santa has a tight deadline to deliver gifts. That is, until he enlists Posten's services to help with the deliveries, leaving the two more time together, so they can finally kiss in the last scene.

The spot ends with the message: "In 2022, it will have been 50 years since it became legal in Norway to love whoever you want."

"Diversity is important for Posten, and truly a matter of the heart," Monica Solberg, marketing director at Posten, told the news magazine LGBTQ Nation. "Everyone should feel welcome, seen, heard, and included. This year's Christmas ad embraces this.

"And what better way to follow up last year's angry Santa than with pure love this year?" added Solberg, referring to last year's "Angry White Man" Santa advertisement by the postal service, which was a sly dig at former US President Donald Trump.

The ad portrayed Santa as a climate change denier who dismissed rising temperatures at the North Pole as "completely natural."

Solberg pointed out that Posten was creating a new tradition by commenting on current events through their Christmas campaigns.

Positive reactions — with some concern for Mrs. Claus

Not surprisingly, the ad has been trending on Twitter, with overwhelmingly positive reactions for its core messages of freedom to love and inclusivity at the workplace, with teary-eyed emojis or crying memes accompanying some tweets.

One person tweeted: "This is our new favorite rom-com."

Among those who commented publicly was former US ambassador to Denmark Rufus Gifford, who is gay.

"Oh man I love Scandinavia. Imagine if the US Post Office put out an ad like this," he tweeted.

Others had more tongue-in-cheek reactions with one Twitter user saying, "Okay no big deal if Santa likes guys. But stepping out on Mrs. Claus. Christmas is canceled in the North Pole. Haha!"