Stars twinkle over the beach and in the Reviews of the city's Gourmet delights. San Sebastián has been honored European Capital of Culture 2016. 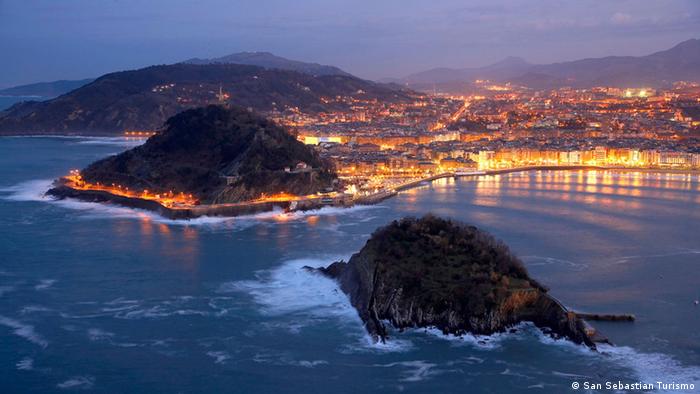 With a picturesque bay right in the city center, green surroundings with fields and forests, stages for renowned film and music festivals, this coastal city in northern Spain has everything it needs to lure in the crowds. San Sebastián plans to celebrate its title of European Capital of Culture 2016 in style. And not with a fancy firework show. Instead, the residents and visitors of San Sebastián are invited to become part of a cultural program. "There have always been many cultural initiatives in our city", says star chef Pedro Subijana. He runs one of Spain’s best known restaurants and was one of the pioneers of the "new Basque cuisine". 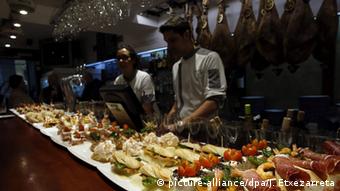 The city, known as Donostia in Basque, has a population of 190,000. Subijana serves the "official" Pinxtos, a specialty in San Sebastián. "They asked me to," explains Subijana. "I agreed because I wanted to give something back to my home city for everything it’s given me." In April, Basque chefs will organize a cooking show series "On appétit" together with various other international chefs.

The temperate climate of San Sebastián also attracted Spain's kings, who came during summer to escape the heat of Madrid. The city became adorned with opulent avenues and palaces. The famous beach "La Concha" attracts half a million tourists every year. 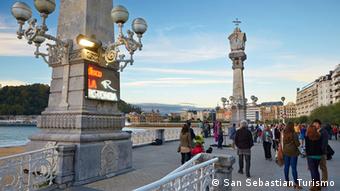 A stroll down the beach Promenade of La Concha

Until a few years ago, a shadow was cast over this gem on the Spanish Atlantic coast. San Sebastián was one of the worst affected Spanish cities from the terrorist activities of underground organization ETA. The triumph over this climate of hate and fear is one of the motives behind San Sebastian’s application for European Capital of Culture. "The city needed something to overcome the trauma", says Pablo Berástegui, Director of the San Sebastián 2016 project. "People should have something to help them believe in the future of the city." 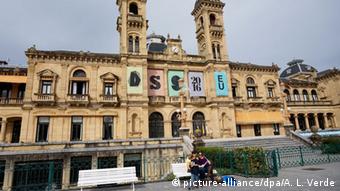 The town hall was originally built as a casino

The ETA was still active when the program was being developed. For decades, they fought violently in northern Spain and southern France for the Basque region’s independence. The terror group announced a "definite end to armed activity" in 2011 and has carried out no attacks since.

Even during times of terror, San Sebastián boasted a hugely diverse cultural life. The city hosts a prestigious jazz festival and some of Europe’s major international film festivals. It’s also home to the Kursaal, a large congress center and auditorium designed by star architect Rafael Moneo. 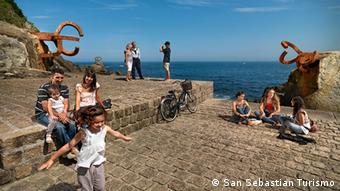 "We’ve made great progress here since terrorism ended. You can see it in the everyday life of the city", says Mayor Eneko Goia. As a City of Culture, San Sebastián wants to be a melting pot of ideas. The program’s director Berástegui issued the motto "A culture of living in harmony". Over the course of the year, 10,000 music school performers will play hundreds of concerts as part of the European Youth Music Festival. 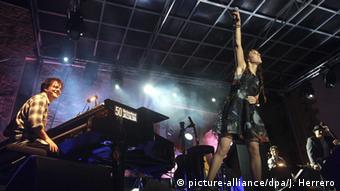 The Capital of Culture program comprises around 60 projects from the fields of art, dance, cinema, music, architecture and food. The organizers want to rid the city of its reputation for terror and violence. “We want culture to be a factor in the change”, says Mayor Eneko Goia. “It will help us to heal the wounds we still have.”