The fire destroyed the roof and most of the interior of the San Gabriel Mission in Los Angeles. Authorities are investigating the fire's connection with the toppling of statues of Catholic priest Junipero Serra. 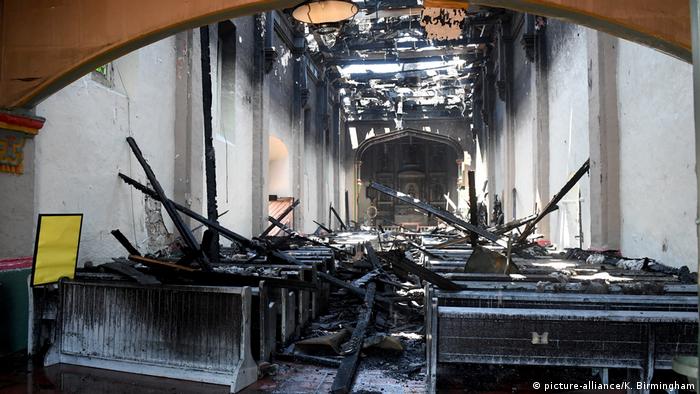 On Saturday, a fire destroyed the roof and interiors of a 249-year-old Catholic church in the state of California in the US.

The fire was reported in the wee hours of Saturday morning. The firefighters failed to control the fire from inside the church as the roof began to fall on them.

"The roof is completely gone... The fire traversed the wood rapidly. The interior is pretty much destroyed up into the altar area," said Paul Negrete, the San Gabriel fire captain. 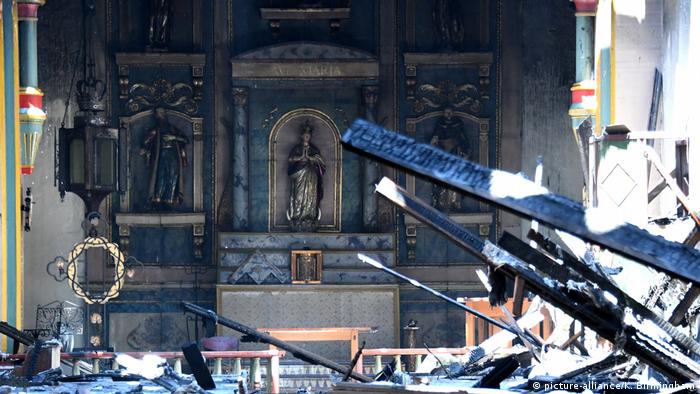 The destroyed interior of the church (picture-alliance/K. Birmingham)

The cause of the fire is yet to be determined. The interior of the church had items dating back almost 200 years, including handcrafted statues brought from Spain. The altar was brought to the mission in the 1790s from Mexico.

San Gabriel Mission was scheduled to reopen next week after being closed for four months owing to the coronavirus pandemic.

San Gabriel Mission was the fourth church in California to be established by Junipero Serra, a Roman Catholic priest who was the founder of the California mission system.

Serra is accused of brutal colonial subjugation of Native Americans. Activists recently toppled statues of Serra in San Francisco, Sacramento and Los Angeles during the Black Lives Matter protests in the US. 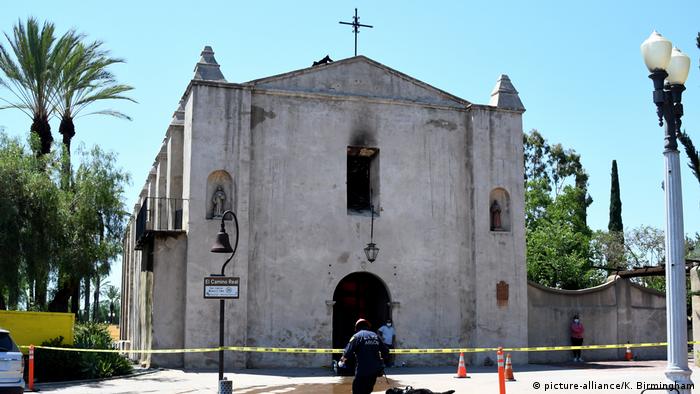 Following the toppling of the statues, the San Gabriel Mission moved a statue of Serra from the church entrance to its garden.

A spokeswoman for the church said that the police had increased patrol and security around the church around two weeks ago. Paul Negrete said that the recent toppling of Serra's statues would be factored in the investigation into the fire.

Protesters pulled down a statue of Christopher Columbus in Baltimore on the same day that President Donald Trump vowed to preserve the way of life that he said began when the Italian explorer reached the Americas. (05.07.2020)

Donald Trump has signed an executive order taking a hard line against people who damage statues. He also canceled his weekend trip to New Jersey to ensure "law and order" in Washington. (27.06.2020)