After the acrimony and uproar last year, Germany's annual Islam conference this time around was more harmonious, but mistrust between the government and Muslims remains. 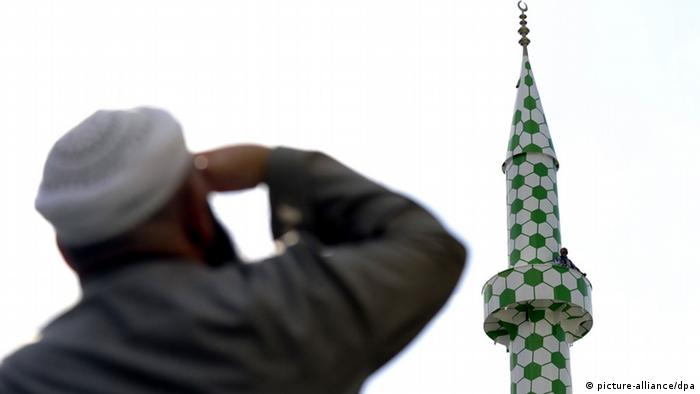 For German Interior Minister Hans-Peter Friedrich this year's Islam conference was very constructive. During a break in meetings, he told journalists in Berlin that there was broad agreement among the conference participants. For example, Friedrich said, there was a consensus that forced marriage and domestic violence "did not come from religion, but from the patriarchal structures and traditions in the countries of origin."

Equality between the sexes was a key topic at this year's conference. "No tolerance" was the watchword against domestic violence and forced marriage demanded by the participants in a joint position paper. "It is the first time that so many Muslim organizations and individuals were able to agree on such a declaration," Friedrich emphasized. 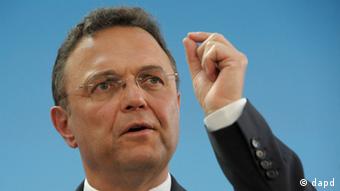 The conference was 'very constructive' said the interior minister

Nevertheless, the relationship between Friedrich and Muslims remains tense, after he said a year ago upon taking office that Islam, historically, did not belong to Germany. He faced some sharp criticism for those remarks from Muslims at last year's press conference after the meeting. He was making a reference to former German President Christian Wulff who had urged more tolerance toward Muslims and who said that "Islam belonged to Germany." This year, there was no joint press conference "for purely organizational reasons," said Friedrich.

A leading conservative politician on Thursday again reopened the wound and said that Islam did not belong in Germany.

"Islam is not part of our tradition and identity in Germany and so does not belong in Germany," Volker Kauder, head of Chancellor Angela Merkel's conservatives in parliament, told the Passauer Neue Presse newspaper. "But, as state citizens, of course, they enjoy their full rights," he added.

Kauder's remarks come in the midst of a highly charged nationwide debate about a divisive campaign by an ultra-conservative Salafist Muslim group to hand out millions of free German translations of the Koran to non-Muslims. The controversial action was also an issue at the conference. 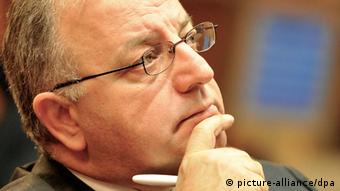 The image of Islam is 'more differentiated now' in Kolat's view

The chairman of the Turkish Community in Germany, Kenan Kolat, however, gave interviews on the street in front of the venue building. He said it was a shame that a joint press conference was not possible this time. Commenting on Friedrich's stance this time around he said: "I think he is learning."

Muslim representatives on the sidelines of the conference said that the annual gathering had achieved a lot since its inception. Ali Dogan, who represents the Alevi community in Germany, one of the more liberal Muslim minorities, said that issues like domestic violence, which would not have been acceptable to Muslims five years ago, could now be discussed.

Kolat also stressed that the training for imams and Islam religion classes in school had achieved a great deal. "There is more differentiation concerning Islam and that is a success of the Islam conference," he said.

The German Islam conference was initiated six years ago by former interior minister Wolfgang Schäuble to address problems between Muslims and the rest of German society and to guard against Islamism. Since then, the conference has tackled prickly issues, like the fight against fundamentalism, Islam religion classes in German schools, training for imams and equality between men and women.

Just days before the conference, a radical Salafist group caused quite a stir after announcing plans to distribute 25 million copies of the Koran in pedestrian zones across the country, prompting the interior minister of the state of Lower Saxony, Uwe Schünemann, to call for adding the issue to the conference agenda. 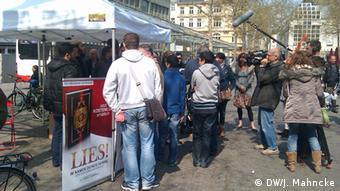 "The issue has us very concerned," said Friedrich. The Salafists maintained "a very target-oriented propaganda network" with which they can reach out to young people with or without immigrant backgrounds, he noted.

The Salafists are a controversial group, even among Muslims. "The world view of this group is not the world view of the Muslims at the Islam conference," stressed Kolat. Salafists stand for a literal interpretation of the Koran, as it was written in the 7th century. "When these groups oppose the democratic order, then they need to be banned," he added.

For next year's conference, two topics have already been selected: How to keep young Muslims from joining radical groups, and how to deal with the growing anti-Islam sentiments in Germany.

Meanwhile, the woman who sharply criticized Interior Minister Friedrich last year, Armina Omerika, was no longer present at this year's gathering. She said she would not attend this time because she could not expect any progress under Friedrich. The interior minister called her absence "consistent", saying she had not taken part in preparatory sessions for a long time, then adding dryly: "From the beginning there have always been changes - that's just the way it is."

As Germany's annual Islam Conference begins, an ultra-conservative group's efforts to give away Korans free to all German households comes under greater criticism by German officials. (19.04.2012)

Ten years after a suicide bomber blew up a truck laden with gas-filled bottles at a synagogue on Tunisia's holiday island of Djerba, survivors and relatives in Germany continue to struggle with the attack's effects. (11.04.2012)

The US' most-wanted list of terrorists in Asia seems to be expanding. Its most recent inclusion is Pakistani Islamist leader Hafiz Saeed - an addition that highlights the threat of Asian terrorism. (10.04.2012)