In its recent proposal the European Aviation Safety Agency is accused of ignoring scientific evidence about pilot fatigue. But many say the institution's real problem is structural. 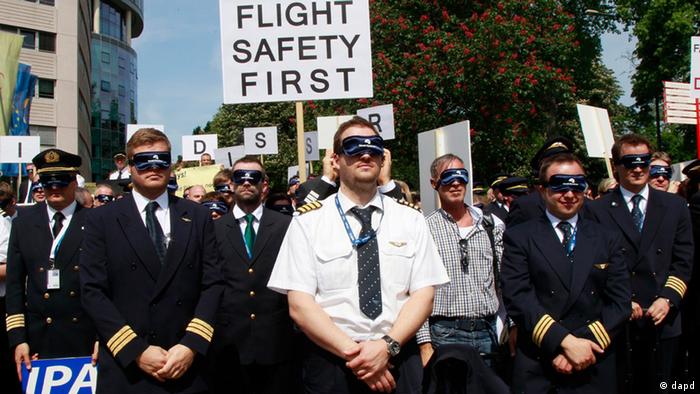 On paper it looks like an improvement. In aiming to harmonize European flight safety standards, a recent proposal by the Cologne-based European Aviation Safety Agency (EASA) lowered by 45 minutes the amount of time a pilot can fly overnight. The change, part of an official Opinion sent to Brussels in October, will be voted on in the EU parliament in summer 2013. The parliament will only be able to say yes or no, and most expect it to say yes.

So why the uproar from 38,000 pilots across Europe? They and their representative organizations are bristling at the number 11. Piloting an aircraft for 11 hours overnight ignores the science on pilot fatigue, they claim. Further, the proposal is supranationally binding. If Germany were to set a 10-hour overnight flight limit in the future, for example, it would find itself in violation of EU law.

These concerns would be easy to dismiss as the grumblings of unionized airline employees - if only the science didn't agree with them. 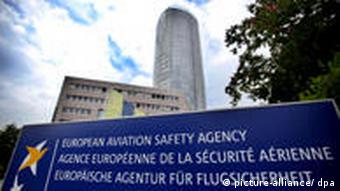 The difference between 11 and 10 is one billion

By the time a study on pilot fatigue commissioned by the EASA finally became public in January of 2009, its findings had already been dismissed. The Moebus report had concluded that "for [overnight] duties of 10-12 hours the relative risk of an accident was 1.7 times higher… and for duties of 13 hours or more… over 5.5 times higher."

The report was first released internally at the EASA in September 2008. By November one of the members of the agency, the Association of European Airlines (AEA), had broken its non-disclosure agreement and fired back in a public position paper. It warned the safety agency to distance itself from the document due in part to its belief that one of the subcontracted research organizations shared the "hidden agenda of trade unions." In a further critique they added, "The recommendations, if followed by EASA, would likely add more than one billion euro to the AEA member crew cost without having scientifically identified any safety benefits."

The report's 10-hour proposals were not incorporated in the agency's 2010 Opinion. When a group member representing pilots objected to the omission, the agency commissioned a new study from three separate scientists.

In the meantime two things happened. Based on its own research, the Federal Aviation Administration (FAA) in the United States limited night flights to eight hours. It contrasted the yearly costs of the new proposal, $297 million, to annual savings of $247-$470 million. In its press release the agency tactfully left unsaid that those savings would come from a reduced number of plane crashes.

At the same time, the EASA continued working on the second draft of its proposal based on its original studies. That draft ultimately became the Opinion now on its way to Brussels. It was only in the final sections of this 194-page draft that the results of the EASA's newest study were made public. Once more, scientists established a 10-hour safety threshold for night flights. Once more, the EASA ignored it. 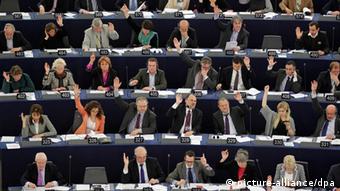 An EU committee will review the EASA Opinion this week

Should a safety agency have stakeholders?

In response to Deutsche Welle's request to clarify its 11-hour proposal, the EASA responded that its studies were "conducted in a context significantly different to the European regulatory framework (in particular in terms of rest requirements)… [and] could not be taken into account literally, but rather on a qualitative, or even indicative basis." The agency's written Opinion also "reflects the majority view of experts and affected stakeholders."

Board members such as pilot representative Philip von Schöppenthau are appalled at the casual brushing away of scientific research. "When the FAA changed flight regulations they spoke to the scientists first. The scientists then established a framework within which any other rule changes could be discussed. At the EASA it happens the other way around." He added that, due to delays or other circumstances, pilots will occasionally fly 12 1/2 hours overnight under the proposed legislation.

Where did the number 11 come from, then? Not from science, but compromise. A look at the rule-making Board for Flight and Duty Time Limitations shows why.

Of its fifteen members, five are from national European regulatory bodies, five represent pilots and crew, and five represent airline interest groups - which in turn represent more than a hundred European airlines. 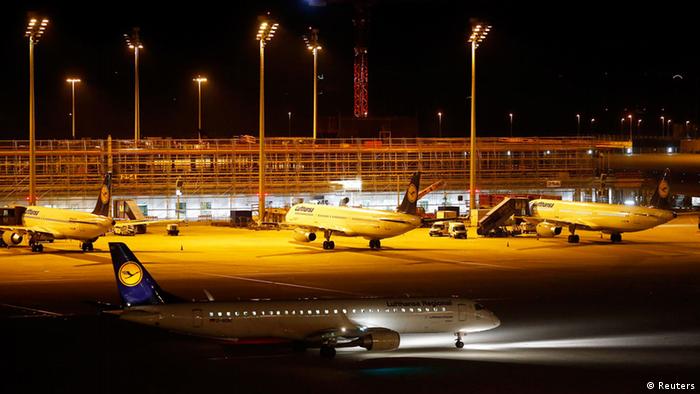 Lufthansa is one of the AEA's 33 members

The make-up of the EASA's rule-making board was never mandated by Brussels when it legislated the EASA into existence in 2002. It instead represents the agency's somewhat admirable attempt to resolve conflicts during the drafting process. By accident, however, they have created a legislative process where the lobbying happens first, and also second.

Airline groups will now be working in Brussels to ensure that the EASA Opinion becomes law in summer 2013. In the meantime pilot and crew groups are hoping - at the very least - to add a non-regression clause to the Opinion. Doing so would allow EU member nations to adopt stricter standards where they see fit.

As for the EASA, it will have its own work to do. In October the European Court of Auditors rated the agency Europe's most delinquent in terms of conflicts of interest.

Airline pilots who say their long working hours pose a threat to passenger safety have held demonstrations in Brussels and at airports in several European cities. (05.10.2009)

Germany's Air Berlin and the Franco-Dutch Air France-KLM have announced a deal under which they will soon start marketing some of each other's flights. The accord is meant to help both carriers to expand their reach. (08.10.2012)

Lufthansa is probed over pricing program