The discovery of seven new Earth-like planets has risen hope to find extraterrestrial life. During space explorations, though, researchers have to be careful to avoid contaminating other worlds with life from Earth. 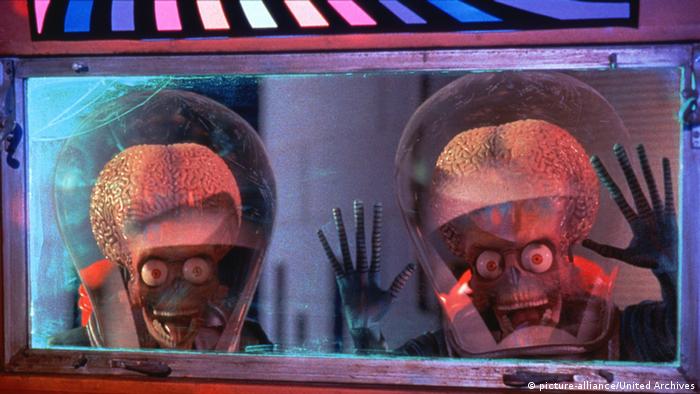 The dwarf star Trappist-1 and its seven newly discovered planets are promising targets to search for alien life  - but researchers might not even have to travel that far.

"We might find alien life in our own backyard of our solar system," said NASA's Kevin Peter Hand at the meeting of the American Association for the Advancement of Science (AAAS) in Boston this month.

Astrobiologists searching for extraterrestrial life pin their hopes on Jupiter's moons Europa, Callisto and Ganymede as well as on Saturn's moon Enceladus.

"They are covered in ice but beneath there might be oceans with rocky seafloors," said Hand, chief scientist at NASA's Jet Propulsion Laboratory in Pasadena.

NASA plans to launch a rocket in 2024 sending a lander to Europa which will explore the moon, take samples and possibly "find life that is alive today."

Sure, the Europa mission probably won't discover intelligent, human-like life and possibly not even fish-like life. But bacteria, which have developed there, would be just as fascinating for researchers.

Although, there is one thing they have to ensure in the first place. 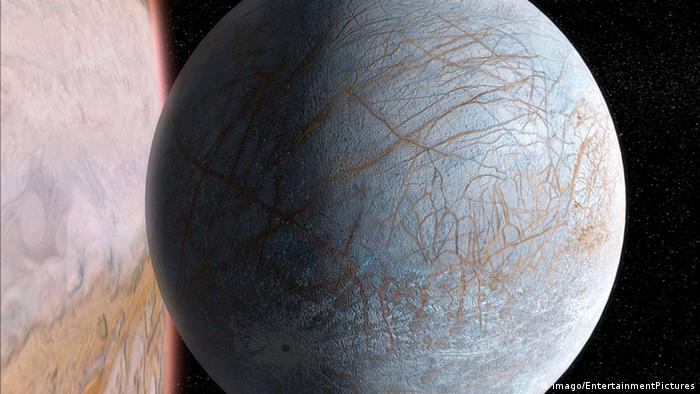 The worst-case scenario for astrobiologists is to one day find life on Europa or elsewhere which has been brought there by humans themselves.

"We don't want to study bacteria from Florida [on other planets]," said Norine Noonan, biologist at the University of South Florida in St. Petersburg.

Just as much as researchers have to prevent potential alien organisms from contaminating Earth, they work hard on protecting space from Earth-based life.

"Any equipment that is sent to touch down on moons or other planets is sterilized several times during its construction", Christian Gritzner of the German Aerospace Center (DLR), told DW.

Rovers, landers and other equipment that are sent to space are built in a clean facility, heated up to over 110 degree centigrade (230 degree Fahrenheit) for several hours or even days, they are irradiated with UV light and sanitized with solvents - measures to kill any bacterium or fungus that might try to get a free ride into outer space.

The Europa lander will also be wrapped in a biobarrier, NASA's Kevin Hand explained - an aluminum foil-like sheath that keeps out any contaminants until it reaches Jupiter's moon.

"The truth is still out there," Noonan pointed out. "Let's not destroy the opportunity to find it." 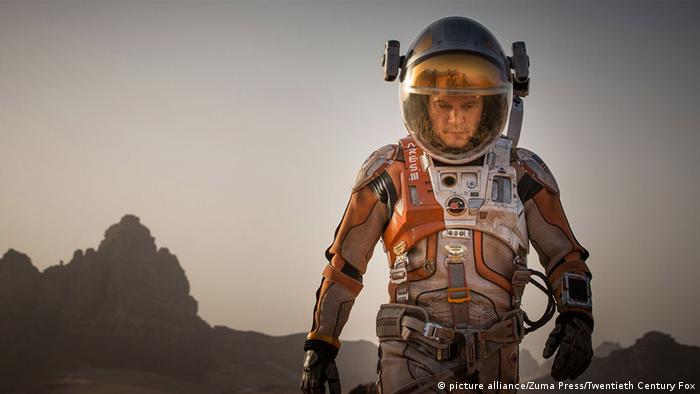 Protecting the ecosystem on other planets - every astronaut's challenge

Good citizens of the solar system

Protecting other worlds from Earth-based organisms is not just a voluntary moral conception which some responsible researchers cling to. It is international space law.

United Nations Outer Space Treaty which entered into force in October 1967 calls for all states to"avoid harmful contamination of space and celestial bodies." The treaty came into being in preparation of the landing on the moon.

People were afraid that a visit to the moon might bring uninvited guests to Earth, for example, a deadly microorganism that causes a catastrophic outbreak - just like in the sci-fi novel "The Andromeda Strain" by Michael Crichton.

All rock samples that were flown in from the Moon - as well as the first men on the moon - were put into strict quarantine when entering Earth. Only later, when researchers had realized there is nothing alive on the Moon, rules were relaxed. Still later, people realized that contamination works in both directions.

"NASA found strange bumps on the lens of some camera equipment of the unmanned Surveyor landers that had been sent to the Moon three years before," said Christian Gritzner. "Nobody knew what it was."

These bumps turned out to be flu viruses. They seem to have been delivered from Earth to the Moon with the help of some technician who had sneezed on the equipment, Gritzner explained.

"Even after 3 years in space, these viruses were still able to reproduce in the lab."

According to Gritzner, this was the moment that people realized how crucial planetary protection really was. 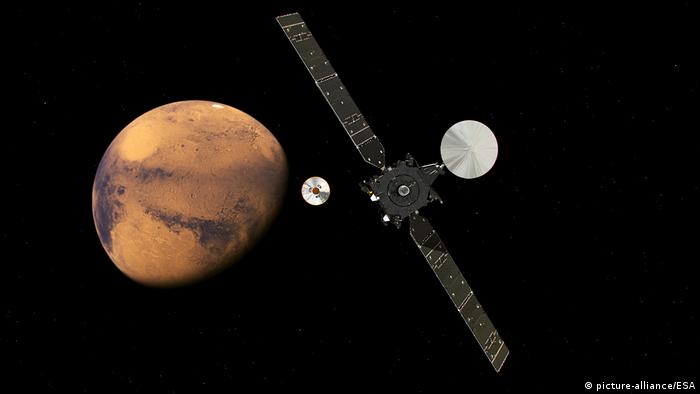 Leaving Mars as it is

"It is unlikely we'll find life on Mars today," said Norine Noonan. Even if there had once been bacteria or other simple organisms, they are possibly long gone. Still, researchers might find remnants of previous life on Mars and get to know how it emerged and what it was like.

Unlike the Moon and many other celestial bodies in our universe, Mars has an atmosphere and a surface that can harbor life - that makes traveling there even more complicated.

"Any hitchhiker we might deliver there can spread," said NASA's Kevin Hand. According to the European Space Agency ESA, the ExoMars project which tries to find life on Mars, even built a new cleanroom in which to construct itslander Schiaparelli. The landing module even had a portable "clean tent" which traveled with it to its launch site in Baikonur.

The challenge to avoid contamination gets even harder when astronauts join their equipment on its travel to Mars - i.e. on a manned spaceflight.

"We are spewing fountains of bacteria," said Norine Noonan, adding that it is impossible to sterilize humans: "We cannot put them into an oven and bake them."

It will still be a long way to figure out which measures will protect Mars from life on Earth during such a journey.

"Maybe a habitat on Mars will have a sanitizing air lock spraying disinfectants," Gritzner said. Astronauts would have to pass the lock every time they enter the Mars surface from their space settlement.

But there will be time enough to figure that out, Gritzner adds, as "a manned spaceflight to Mars is still a long way off."

Is there, or has there ever been, life on Mars? European and Russian scientists are hoping to find out, with the first test probe set to land on Mars on Wednesday. (19.10.2016)

The European Space Agency has said that its ExoMars lander probably crashed on the surface of the Red Planet during an attempted touchdown. The lander likely hit the ground with a speed greater than 300 km/h (186 mph). (21.10.2016)

Website of the Office of Planetary Protection at NASA

Planetary Protection Policy by the Committee on Space Research (COSPAR)