Saša Stanišić: 'How the Soldier Repairs the Gramophone'

Real life as a foil for literature: In his debut novel, Saša Stanišić recreates an adolescent's experience of the civil war in the former Yugoslavia — from escape to loss of a homeland and a sense of orientation. 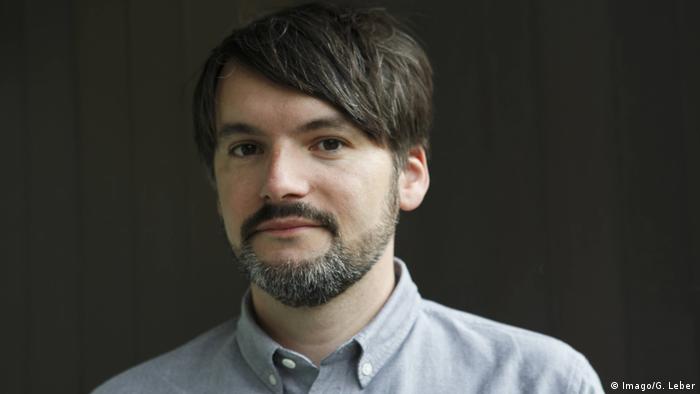 This book begins wildly, bizarrely and without the hint of a dark foreboding. In Bosnian Visegrad, the opening of a water closet is celebrated with legs of lamb and raucous songs. Right in the middle of it all is 14-year-old Aleksander. There is a lot of dancing, drinking and talking — especially by Grandpa Slavko, a master of inventing stories. He, the undogmatic Marxist and ardent supporter of chief comrade Tito, is a great role model for his grandson.

Not your standard Balkan folkore

You might initially imagine this to be rustic Balkan folklore, but after Saša Stanišić draws this picture in vivid color, he dissects it with relish. It is the year 1991. The beloved grandfather soon dies and, along with him, the carefree old world. The war comes; the multi-ethnic state of the Balkans breaks up. Aleksander's childlike gaze focuses on one unprecedented event:

"Asija is crying because soldiers' fists smell of iron, never of soap. Because the soldiers' guns are hanging around their necks, and doors give way when they kick them in as if there were no locks on them at all."

'How the Soldier Repairs the Gramophone' by Saša Stanišić

Saša Stanišić tells the story with anecdotes drawn from his own biography. He, too, was 14 when the war broke out. And like his hero, he fled from Bosnia to Germany with his parents. It was a strange world that awaited him here. What does it mean to leave one's beloved homeland behind, along with all of one's childhood memories? How long does it take to establish new roots?

Saša Stanišić's debut novel revolves around precisely these questions. The book shows the attempt to construct the security of the child's world from memory alone and to banish the war through the use of language — specifically, the words of his new homeland. Sasa Stanisic deliberately wrote his book in German. 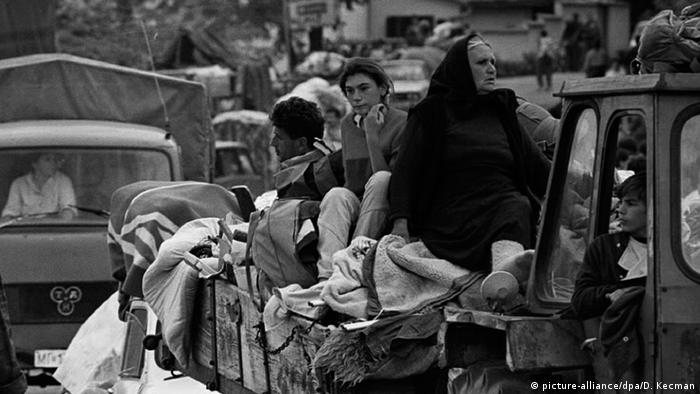 During the Bosnian war, 100,000 people died and thousands had to flee

His stories focus on uprooting and new beginnings, with no index raised in blame. It contains the self-confidence common to many writers of the young immigrant generation. For them, their cultural background is not a blemish nor a source of identity issues. Instead, they see it as an opportunity to tell authentic stories outside the mainstream.

After his debut novel, Stanišić, who was born in 1978, became the shooting star of the German literary scene. With How the Soldier Repairs the Gramophone, he was immediately shortlisted for the German Book Prize. The story of a childhood during the war in the Balkans has since been translated into 31 languages and received the Adelbert von Chamisso Prize. Saša Stanišić, who studied in Heidelberg and Leipzig, now lives in Hamburg.