Ryanair used to advertise a price that would then rise in the later stages of the booking process due to additional fees. An EU court has ruled in favor of Italian authorities who said the practice was incorrect. 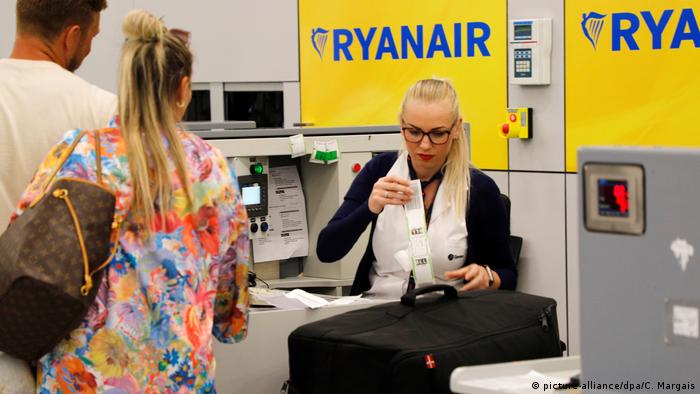 Ryanair's policy of not including surcharges in its initial online prices was deemed unlawful by the EU's top court on Thursday.

The Court of Justice of the European Union (CJEU) came to the conclusion of wrongdoing after the Italian Competition Authority (AGCM) criticized Ryanair in 2011 for prices that did not include value-added tax on domestic flights, as well as additional fees for check-in and transactions made by credit card.

The AGCM argued these were unavoidable payments that customers had to make and therefore should be indicated before someone began the booking process.

Ryanair took the matter to court, prompting Italy's Council of State to ask the CJEU whether the surcharges needed to be included.

The judges at the Luxembourg court ruled in favor of the AGCM, citing previous EU case law instructing airlines to specify additional fees from the outset, so as to avoid any confusion for potential customers.

The issue will now return to Italian courts for a final ruling based on the clarification of EU law.