Rwandan rebel mastermind arrested in Germany | World| Breaking news and perspectives from around the globe | DW | 18.11.2009

Ignace Murwanashyaka is the mastermind behind the continued violence in eastern Congo. Now he and an accomplice have been arrested in southern Germany from where he commanded his forces by phone. 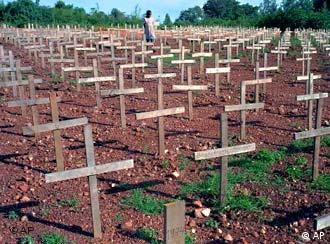 Prosecutors said that after a year-long investigation they had finally gathered enough evidence to arrest Ignace Murwanashyaka and his close aide Straton Musoni. The Rwandan nationals are accused of war crimes, crimes against humanity, of using child soldiers and heading a criminal organization.

Murwanashyaka is the leader of the FDLR, the Democratic Forces for the Liberation of Rwanda. Operating from the territory of neighbouring Congo the FDLR for 15 years has been waging a war against the Tutsi government in Rwanda - and many among its ranks and file are accused of genocide and war crimes.

In 1994 Rwanda was the site of one of the worst genocides in history. More than 800,000 people - mostly Tutsi - were killed over three months by the army and Hutu militias. Today, there's peace in Rwanda but on the other side of the mountain range, in the Democratic Republic of Congo, many of the Hutu militiamen continue their fight. Organized as the FDLR, they bring havoc over the eastern Congo - turning 1.5 million people into refugees.

The United Nations are investigating 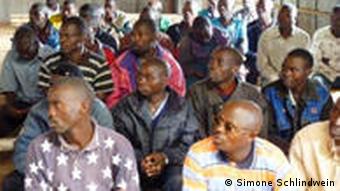 The United Nations are trying to shed light on the FDLR and its criminal structures. In a reintegration camp for former rebel fighters, UN mediators have met with former officers. Who is giving the orders in the FDLR, who is in charge of finances, strategies, and ideology? But the former fighters have been hesitant to talk about their past, they're afraid to give out names. Several have already received death threats. They knew that the FDLR chief Ignace Murwanashyaka was living in Germany and that he was closely following media reports about him. A former major explained how the order of command works.

"The FDLR is divided into a political and a military wing," he says. "Murwanashyaka is the head of the political wing but ultimately he also holds the command over the military side. He is treated like a head of state among his men. And the top general among the fighters, Sylvestre Mudacumura is a good friend of his."

The United Nations have documented the phone contacts made between Murwanashyaka in Germany and Mudacumura in eastern Congo. The two were in regular contact with each other and the number of calls increased whenever the FDLR found itself in a difficult situation - as for instance last February when its forces were being hunted by the official army. 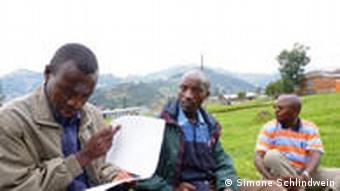 "Whenever the situation was difficult, we spoke every three days," former rebel general Paul Rwarakabije recalled. "Otherwise there was contact only once a week. Until I left in 2003, I was reporting about the current situation and he told me about the political strategy and gave his ideas which we then had to implement. We mostly communicated via satellite phone or email."

In Germany, the rebel chief is recognized as a refugee

It's was by no means a secret that the head of the FDLR lived in the Germany city of Mannheim. Politicians and the judiciary were well aware of the fact, but the wheels of justice turned very slowly. Since 2000 he had been recognized as a refugee in Germany - which means that he was barred from engaging in any political activity. He's already been convicted once on that count but received a suspended sentence. 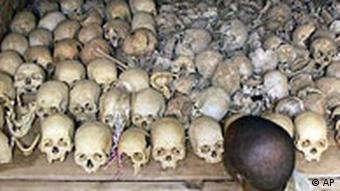 In 2008, Rwanda issued an international arrest warrant against Murwanashyaka, accusing him of numerous human rights violations. In the past Germany has said it will not extradite him because it considers the Rwandan legal system incapable of holding a fair trial.

For Rwanda's leading public prosecutor, Martin Ngoga, it's irrelevant where the FDLR chief is put on trial, whether in Rwanda or Germany: the important thing is that he is faces justice.

"He's the head of an armed rebel group that is responsible for killing countless innocent people - and which continues to do so," Ngoga says. "The FDLR is considered a terrorist organisation and it would be very bad if Berlin doesn't recognize that. We hope that the case is finally properly picked up the German authorities. The urgency to do so grows by the day."

Ngoga is counting on his colleagues in Germany. The case of Ignace Murwanashyaka is at the top of his agenda - after all, Rwanda has already spent 15 years searching for dozens of war criminals involved in the 1994 genocide. Many of the fighters from back then are now members of the FDLR - and dismantling the rebel organization could be a crucial step towards peace in the region.

Rwanda: Why the international community looked away

On April 7, 2009, Rwandans commemorate the 15th anniversary of the genocide against the Tutsi minority. The United Nations now acknowledges its failure to intervene. DW-WORLD looks back at this international scandal. (07.04.2009)

The Congolese army and Tutsi rebels have engaged in some of the worst clashes for a week despite rebel leader Laurent Nkunda saying he supports peace in eastern Democratic Republic of Congo, the UN said Monday. (17.11.2008)