Russia has claimed the OPCW buried results from a Swiss lab probing the Skripal case that found a Western-developed nerve agent. It is the latest in a series of claims by Russia as it denies involvement in the poisoning. 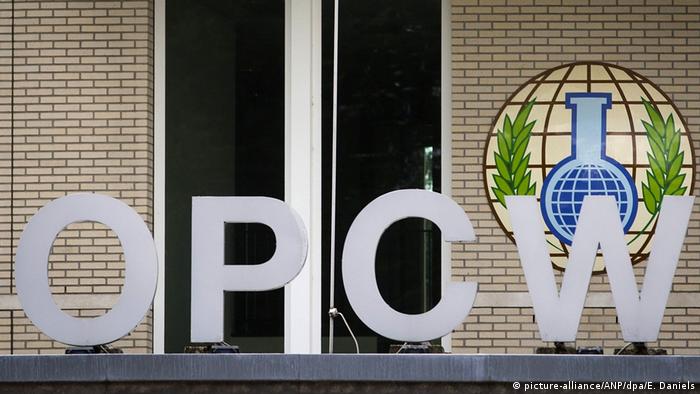 Russian Foreign Minister Sergey Lavrov on Saturday claimed he had evidence from a Swiss lab that ex-spy Sergei Skripal and his daughter were poisoned with a Western-developed chemical agent.

His unsupported claims call into question the conclusions of the Organization for the Prohibition of Chemical Weapons (OPCW), which found a Soviet-developed nerve agent was responsible for the attack in Salisbury, England, on March 4.

Lavrov said neither Russia nor the USSR developed BZ. "In this regard we are asking the OPCW why the information which reflected the conclusions of specialists from the Spiez Laboratory was completely omitted from the final document."

The laboratory did not immediately respond to the claims, which came late Saturday afternoon.

Repeated accusations: Russia has repeatedly thrown out accusations of conspiracy in the poisoning of the Skripals. However, Lavrov's criticism of the results of the OPCW investigation represents a new angle of attack.

Poisoning of the Skripals: Ex-double-agent Skripal and his daughter were found slumped over in public in Salisbury after apparently being poisoned. The incident has exacerbated a major rift between Russia and the west.

Russia blamed: The OPCW and Britain's Porton Down military research facility both said the Skripals were poisoned with a Novichok nerve agent, but neither could identify where it was manufactured. Britain claimed it had evidence Russia was almost certainly behind the attack, and was backed on these claims up by its allies.

What is BZ? BZ is a military-grade incapacitating agent developed by the US Army in the 1950s and 1960s.