Russia's Newly Monied Tycoons Are Getting Into Soccer

Three prominent English clubs are in the hands of billionaires. Another Russian tycoon now has a say as to who will play for Argentina’s national team. Bayern Munich's GM fears a "Russianization" of soccer. 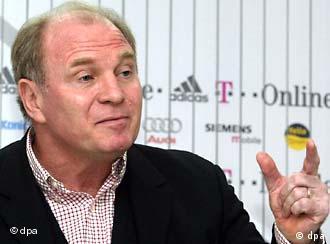 A warning from Uli Hoeness who fears excessively wealthy tycoons

The influence of money -- particularly money from a single patron -- in professional soccer is exerting more influence in more unusual ways these days. The latest headlines in soccer were not about the sale of a club, but rather the sale of rights to determine who can play a squad -- and the team was no less than two-time world champion Argentina.

"I think that’s crazy," Bayern Munich’s outspoken general manager Uli Hoeness said. "For me, that is the beginning of the end of soccer."

Russian billionaire Victor Felixovich Wexelberg, better known for dealings at urbane art auctions than in sweaty locker rooms, paid 14 million euros ($17.9 million) for a say as to who the Argentine soccer association will select onto the national team. This is a first in the history of the sport and is a development that disconcerts Hoeness.

"If the Russianization continues then in 10 years, we’ll be saying 'Nostrovia, so long soccer,'" he said, referring to Russian oil tycoon Roman Abramovich who owns London club Chelsea. 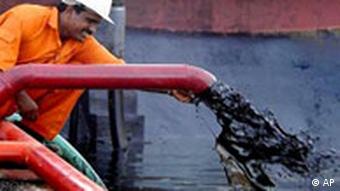 Hoeness' counterpart in Bremen, Klaus Allofs, views the developments in international soccer somewhat more rationally. He admits that money is changing the world of soccer but that it is hardly a phenomenon that club and association functionaries can change.

"You can decry it but soccer is not a world unto itself," he said in an interview with the German newspaper Kreiszeitung. "Money from Russia or other oil-rich countries is also going elsewhere and it has an effect. That is a development that we cannot stop."

"Soccer is simply interesting for people like that," he added. "For one, you can earn money. And also -- which is even more important -- you can gain attention." 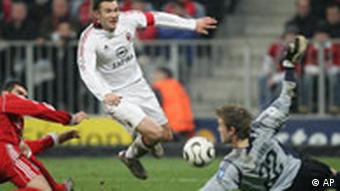 The big money in England, Spain, and Italy has certainly gained the attention of Hoeness. Over the past few months, he has repeatedly said that due to the disproportionate incomes among the larger clubs in Europe -- either through willing owners pumping exorbitant sums of cash into teams or the fact that television revenues are better outside of Germany -- Bayern Munich should have no expectations of winning the Champions League, the marquis competition in European club soccer.

Can solar energy save the sport?

A more equitable redistribution of riches helps keep the Bundesliga relatively exciting. Still, in the past nine years, Bayern Munich has taken the domestic title a total of seven times. But a return to their powerhouse status of the late 1990's in the Champions League seems less likely.

"They have simply been too disappointing in the Champions League the last four or five years. Even if the opponents were top-notch, the only thing that counts is wins." 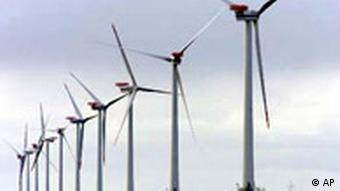 What might bring the influence of tycoons to an end? Hoeness thinks that developing alternative energy sources so that oil tycoons don't have so much cash to throw around is one way.

But that alone may not change much because there are other ways to become a billionaire -- Wexelberg amassed his fortunes on the aluminium and nickel markets.

Germany captain Michael Ballack admits he's still coming to terms with his new life in England with Premiership champions Chelsea and revealed that he's still living in a hotel as he searches for a house in the capital. (Sept. 4, 2006)

The World Cup, which starts Friday, will be the culmination of two years of hype that has left no marketing stone unturned. For "true" fans, it has become capitalistic excess and some are rebelling. (June 6, 2006)