Russian Turn at G8 Helm Seen as Leadership Test | Europe| News and current affairs from around the continent | DW | 30.12.2005

Russia will take over the presidency of the G8 states for the first time in 2006, despite the country's questionable status in the club of the eight wealthiest nations. How much influence will Moscow really have? 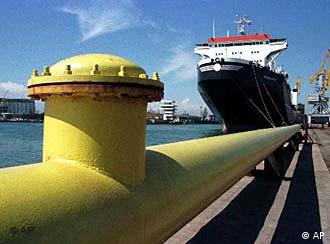 The world's most elite club faces a critical test starting Sunday as Russia takes the helm of the G8 for the first time, determined to prove it belongs despite stark differences with fellow members on basic issues ranging from democracy to Iran's nuclear program.

The Russian presidency of the Group of Eight top industrialized nations will also be a milestone for President Vladimir Putin, whose two terms in the Kremlin have focused on restoring Russia, humbled by the collapse of the Soviet Union, to the league of big powers.

But political analysts say his success is under question since Moscow's turn in the G8 driver's seat has limited symbolic value and no practical benefit for Russia.

"Little of what the G-8 does actually depends on Russia," Yury Korgunyuk, of the INDEM policy think tank in Moscow, told AFP news service. 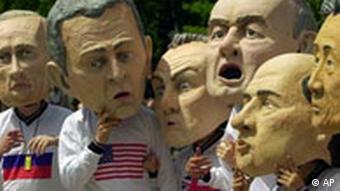 "The presidency works by rotation, so there is nothing special in this. It's like saying 'we'll have the meeting at your house today', but the practical agenda is worked out jointly. Russia cannot set the G8 agenda by itself."

Putin will play host to his fellow G8 leaders at a summit next July in his hometown of Saint Petersburg, determined to make a more solid transition from being the G8's "poor relation" to being treated as a full member of the family.

From beneficiary to contributor

The promotion, analysts say, would involve huge expenditures on global G8 projects in fields like Third World poverty reduction, environmental clean-up and weapons reduction programs -- projects that Moscow is more accustomed to being a beneficiary of rather than a contributor to.

Still by far the poorest of the world's "rich" countries, the merits of Russia's membership in the G8 are still seriously questioned by many in the West and Moscow admits itself it is not close to joining the club of Group of Seven finance ministers that controls the group's purse strings.

Russia also faces criticism from other G8 governments over its political course under Putin, which critics have characterized as a rollback of democracy. 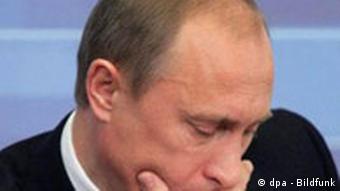 Russian President Putin has been criticized for stifling dissent

NGOs claim he new laws harm democratic development in Russia; the tighter controls could mean silencing one of the last remaining means of government criticism in the country. Putin has since intervened and ordered the bill toned down, but NGOs called the move too little, too late.

Moscow meanwhile remains at odds with Washington and three European G8 members over Iran's nuclear program. While the West fears it is a cover for the Islamic state to develop nuclear arms, Russia disagrees and is continuing to help Iran build its first nuclear power station.

But while differences between Russia and the other G8 members abound, they also converge in key areas -- chief among them energy supplies, which Russia possesses in vast quantities. Putin has said he will place "energy security" at the top of the G8 agenda during Russia's presidency. 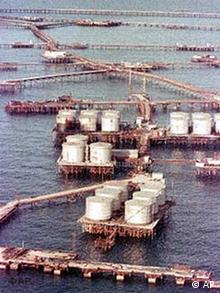 "Russia could have some real influence in this area," Korgunyuk said. "It is the only net oil exporter among the G8 countries."

The G8 comprises Britain, Canada, France, Germany, Italy, Japan, Russia and the US. Russia's path to the G8 presidency was long and difficult. In 1992, the then-G7 rejected the US proposal to make Russia a full member. For a while the phrase "G7+1" was used to describe the group, when Russia was included in discussion of a limited scope of G7 topics.

Yet even as part of the G8, Russia still isn't fully integrated. It is not part of the Group of Seven finance ministers, excluded because of doubts about its economy, according to the Financial Times Deutschland newspaper. And Russia claims to be in no hurry to join the finance ministers group.

Despite its uncertain status, Russia has big plans for the G8 presidency. Topping the agenda is energy policy. Putin has also said he will push for a debt-relief program for the poor states of the ex-Soviet union -- especially in central Asia. And Moscow said it also wants to see decisions made on putting the rules of the Kyoto Protocol into effect. Russia is a signatory to the Kyoto accord, which aims to significantly reduce greenhouse gas emissions.

The fractious row between Moscow and Kiev over gas prices could have serious implications for Western Europe, which depends on Russia for 80 percent of its gas imports. It could hit Germany hard too. (Dec. 29, 2005)

British Prime Minister Blair wrapped up a Group of Eight summit Friday that he described as a bold challenge to terrorist thuggery, but aid activists and environmentalists said the results fell short of what was needed. (July 11, 2005)

Close German-Russian ties have been a constant for both Schröder and Putin in their respective foreign policies. Despite having benefited from it, their relationship suffers from a fundamental flaw. (Aug. 11, 2005)