Authorities in Belarus imposed a 30 percent fee at money exchanges to stop the citizens from buying foreign currency. Belarusians reacted with panic at the plummeting of the Russian ruble. 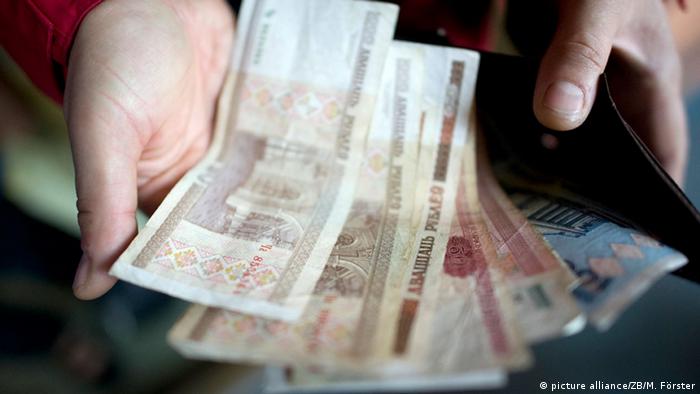 Despite the fact that Belarusian ruble has mostly been stable in the last few months, citizens of Minsk rushed to exchange their money on Friday, fearing the consequences of the crisis in Russia.

"We have become hostages of Russia," said 45-year-old librarian Nadezhda Gorbyleva adding that she has been waiting in line for hours in order to buy foreign currency. "We are preparing for the worst."

Several foreign exchange offices were shut on Friday, after using up all of the available cash.

Economy of the former soviet republic Belarus is deeply intertwined with Russia, with 92 percent of transactions between Russian and Belarusian producers being conducted in Russian rubles.

Russian economy is suffering under falling oil prices and the Western-imposed sanctions, and the Russian currency lost about half of its value since the beginning of 2014.

In response to the turbulence, the Belarusian National Bank announced a "temporary" tax of 30 percent for both business and individuals using Belarus rubles to buy foreign currency.

The bank officials also mandated all exporters to convert half of their foreign revenues into local currency, while interest rates were raised to encourage citizens to keep their savings in their bank accounts, according to a statement published Friday on the central bank's website.

President Alexander Lukashenko admitted Belarus' economy had suffered a blow, but insisted that the country could stabilize in half a year "whatever happens."

"Don't rush like crazy with the (Belarusian) ruble to exchange points and don't change it for foreign currency, don't trade it, because it will have consequences," warned Lukashenko.

Belarusians have already experienced a severe economic crisis in 2011 which was followed by dramatic inflation.

Maintaining good relations with both Kyiv and Moscow, Belarus is neutral ground for talks on the Ukraine crisis. The host country has profited from its position between its two larger neighbors. (26.08.2014)

Putin vows Russia won't be isolated in meeting with Lukashenko 12.04.2022