German Chancellor Angela Merkel will meet the leaders of Russia, Ukraine and France in Berlin on Wednesday to discuss the Ukraine conflict. The summit will address the implementation of the Minsk Accords. 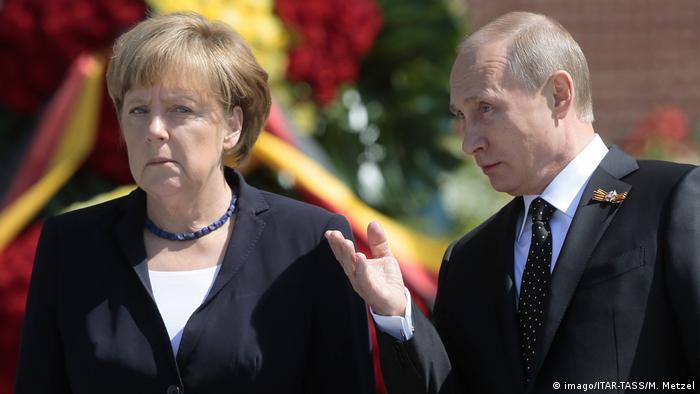 The Kremlin has confirmed Russian President Vladimir Putin will attend a summit in Berlin at the invitation of German Chancellor Angela Merkel on Wednesday. The meeting is intended to address "the next steps in the process towards ending the crisis in eastern Ukraine," according to the Chancellor's spokesman, Steffen Seibert.

Germany, France, Russia and Ukraine reportedly hope to "evaluate the implementation" of the Minsk peace accords for Ukraine. Russia and Ukraine had both agreed to the peace deal brokered by Germany and France in February 2015. The accords have so far failed to completely stop the violence in the region, with Russia in particular not showing full commitment to furthering the peace process.

Germany currently holds the rotating presidency of the Organization for Security and Cooperation in Europe (OSCE), which monitors the situation in eastern Ukraine. The last OSCE meeting on the subject took place 12 months ago in Paris. Officials have struggled since to bring the opposing sides together.

It is the first time since the beginning of the Ukraine crisis in early 2014 that Putin is to visit Germany. Relations between Russia and Germany have been frosty in the face of EU trade sanctions on Russia passed in the wake of the annexation of Ukraine's Crimea Peninsula in 2014.

Russia continues to back a separatist, pro-Moscow insurgency in eastern Ukraine, which has claimed nearly 10,000 lives, including those of all passengers and crew members on board Malaysian Airlines flight MH17. Moscow has denied accusations that it sends troops and weaponry across its border with Ukraine to further fuel the conflict.

According to French President Francois Hollande, the aim of the summit is to help Ukraine regain control of its borders with Russia. Hollande has called on all parties involved in the conflict to draw up a roadmap to end the conflict. This followed recent talks with his Ukrainian counterpart Petro Poroshenko.

Diplomatic ties between France and Russia suffered setbacks after Putin canceled a bilateral meeting between the two countries last week. French President Hollande had announced ahead of the meeting that the only thing he wanted to discuss with the Russian President was the war in Syria.