Russia's military has found a mass grave of Syrians, allegedly killed by rebel groups ahead of last week's evacuation. An independent monitoring group could not confirm how they died. 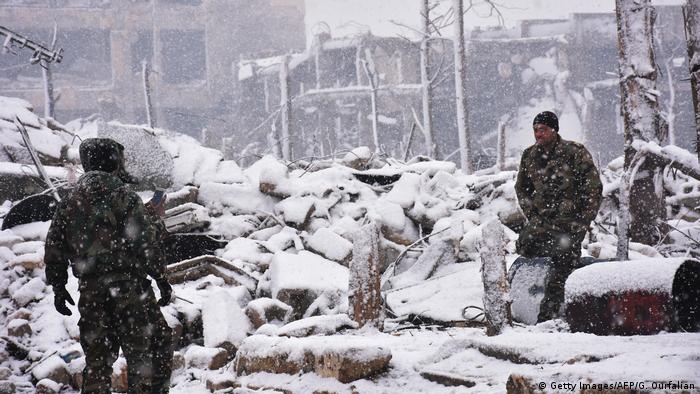 Russia's military reported finding the tortured bodies of civilians in mass graves in Syria's Aleppo on Monday, allegedly left there by rebel groups.

"Mass graves containing dozens of Syrians who were summarily executed and subjected to savage torture have been discovered," Konashenkov was quoted as saying by Russian agencies.

He said further inquiries would force backers of the Syrian opposition in the West to "recognize their responsibility for the cruelty" of the rebels.

Russian media agency SANA reported 21 civilian bodies, including those of five women and five children, were found in eastern areas of the city previously held by rebels.

"The bodies were found in prisons run by the terrorist groups in Sukkari and al-Kalasseh, and they were found to have been executed by gunshot at very close range," SANA quoted the head of Aleppo's forensic unit Zaher Hajjo as saying.

The Syrian Observatory for Human Rights said bodies had been found in east Aleppo's streets but the UK-based monitoring group could not specify how they had died. 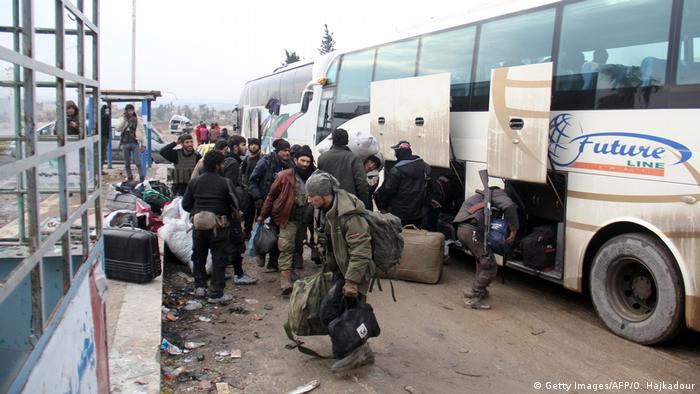 Tens of thousands of people fled the city during an evacuation

Last week 35,000 opposition fighters and civilians left the city as part of a ceasefire deal brokered by Russia and Turkey, following a massive siege by President Bashar al-Assad's forces backed by the Russian Air Force. Russian military police have entered the city since.

The United Nations previously said it had credible reports that at least 82 civilians, including 11 women and 13 children, were executed by pro-government forces in Aleppo.

Spokesperson Konashenkov also accused rebels of setting booby traps and mines throughout the city before evacuating, endangering the civilian population. 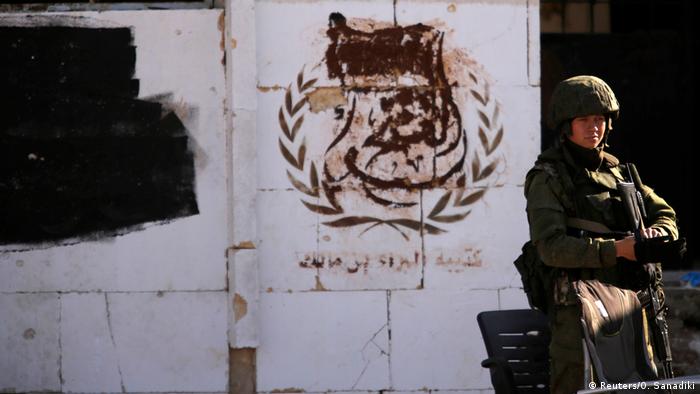 The Syrian Observatory for Human Rights said on Sunday that at least 63 Syrian soldiers and militiamen had been killed by such traps since government forces took control.

On Sunday, al-Assad visited a Christian orphanage near the capital Damascus to mark Christmas Day and in Aleppo Christians publicly celebrated the day for the first time in five years.

Outside of the city rebel groups still held at least 40 percent of Aleppo province, firing sporadic shells into the city as Russia resumed its bombing campaign on the rural areas.

Wanting to show their solidarity with the people of Syria, a group of Europeans are to walk to Aleppo from Berlin after Christmas. The 'Civil March for Aleppo' is the initiative of a Pole living in the German capital. (23.12.2016)

An elementary school art class has been tweeting sketches of their heroes in Syrian war zones with the hashtag #ArtforAleppo. The teacher says they are trying to process the images they've seen - and also to protest. (20.12.2016)