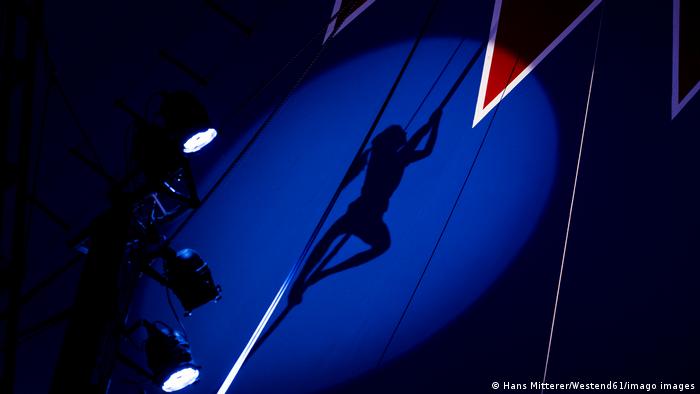 A Russian circus has sparked outrage for featuring a monkey and goats dressed in clothes with Nazi symbols on them.

The circus in the city of Izhevsk in the Udmurtia region had put up the show as a celebration of the Soviet victory over Nazi Germany in World War II, circus organizers told news agency dpa on Friday.

The event was conceived on behalf of the local Russian Orthodox Church.

The local prosecutor's office said it was investigating the case, after images of "animals dressed in blankets with Nazi symbols" emerged on social media from the performance that took place on January 8.

A video published by the circus on YouTube showed the monkey and goats wearing swastikas being paraded by a woman in a Soviet uniform.

The clip also featured local priest Roman Voskresenskikh, who described the show as a "historical excursion" into past Orthodox Christmases across the years.

The Orthodox diocese in Izhevsk justified the use of Nazi symbology by saying that it was used to portray the defeat of the Nazi German army near Moscow in 1942.

"A special feature of circus art is entertainment, and there is nothing surprising in the fact that the images used in it have an ironic and sometimes even grotesque character," said the statement by the diocese.

While the performance has received considerable backlash over the use of the swastika, the circus and the diocese claim they have not violated Russian law.

Russia placed a blanket ban on the use of Nazi symbols in 2014. An amendment to the law that was passed last year allows the use of these symbols for educational purposes, as long as they are not being used for the promotion of fascist ideology.

Scrubbing away hate: One Berliner's cleaning campaign against far-right graffiti

Irmela Mensah-Schramm removes Nazi symbols and other far-right graffiti from public spaces in German cities. But the 70-year-old Berlin resident is in trouble after a court charged her with damaging public property.