Russia: Victims of Stalin-era purges unearthed in Siberia | Europe | News and current affairs from around the continent | DW | 30.10.2019

A man in Siberia has found a mass grave in his garden. The dead are victims of Stalin's purges in the 1930s, but authorities now will have nothing to do with it. Russia still finds it hard to come to terms with its past.

The white flour sacks are barely visible against the whiteness of newly fallen snow. Piled up beside a hole in the ground, nothing about them indicates the gruesomeness of their contents.

Vitaly Kvasha is digging in his garden. He's just pulled three long bones out of the earth, and a skull. He points to the skull: a bullet hole. Kvasha says, matter-of-factly, that since winter set in he's been finding the digging more and more difficult. "If I don't hurry, the earth will freeze even harder. But I don't need to dig much longer. Another few meters and I'm at the end of my plot. When I reach the boundary with my neighbors' garden, that's it. Then I'll just pour concrete over it."

A few months ago, Kvasha decided to extend his house. When he started digging the foundations, he made a gruesome discovery. He found bones: skulls, arms, legs, ribcages. He kept digging up more. There are now more than 10 sacks of them in his garden — the remains of more than 60 people. "First I dug up one skull, then another, then it just didn't stop," he said. 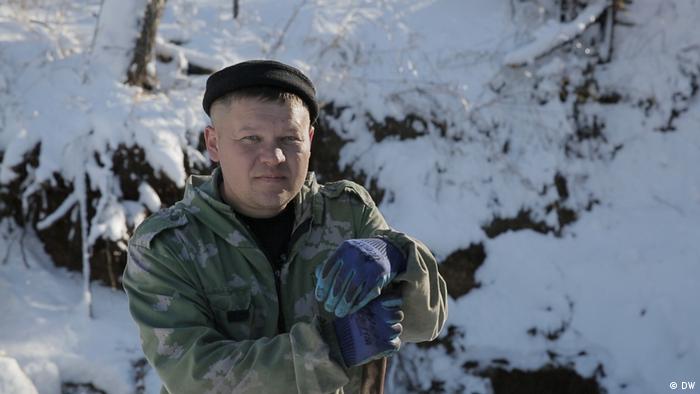 Beneath Kvasha's garden is likely a mass grave from the 1930s, according to the experts who were hastily summoned from the state's Investigative Committee. Kvasha, who is in his mid-30s, lives with his family in Blagoveshchensk, a city in the far east of Russia, on the border with China. Here, as happened everywhere in Russia under Joseph Stalin, opponents of the regime were killed in mass shootings.

Meanwhile, 8,000 kilometers (5,000 miles) away, in the capital, Moscow, people are commemorating the victims of the Stalinist terror. They stand in the pouring rain, reading the names of their relatives into two microphones. They briefly tell the stories of their fathers and uncles, grandfathers and great-uncles; the stories of their families, persecuted by Stalin from 1936 to 1938 as suspected opponents of his regime.

A woman's agitated voice comes out of the loudspeakers: "My grandfather was arrested and tortured. They hung him up by his ankles, and later they pulled out his teeth." Another woman continues, quietly: "My grandpa, Vladimir Bukovsky, was 67 years old. Rest in peace." In the space of just two years, 1.5 million Soviet citizens were arrested; more than half of them were killed.

"This is our terrible history, which we must never forget," says Natalia Petrova of the human rights organization Memorial. The ceremony of commemoration, known as "The Return of the Names," was initiated by Memorial 12 years ago. Since then, it has taken place at the end of October every year. 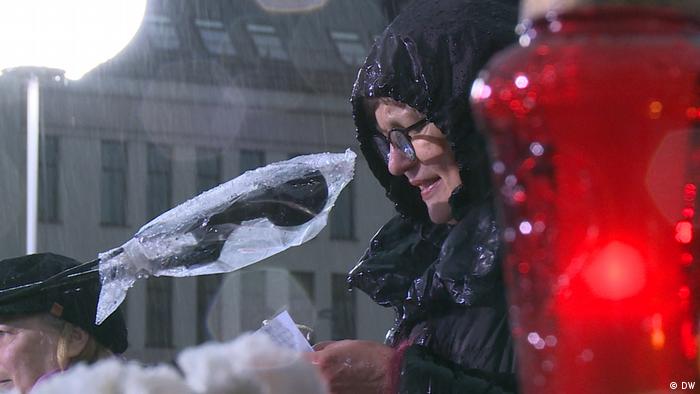 The victims' names were read out during a ceremony in Moscow

"I'm pleased that so many people, including so many young Russians, come here to remember this period of terror under the Soviet regime," says Petrova. Her grandfather was also persecuted; later, she speaks his name into the microphone as well.

In a tent, grave candles are being handed out. People place them before the so-called Solovetsky Stone. The stone was brought here in 1990 from the Solovetsky Islands, the site of one of the Soviet Union's infamous secret prison camps. Today, it's a symbol for the crimes of the Stalinist regime. The memorial is on Lubyanka Square, directly opposite the building of the Russian secret service, the FSB, whose predecessor, the NKVD, carried out the political purges on Stalin's orders.

For many Russians, there is a special, symbolic power to the stone's location on Lubyanka Square. Critics of Russian President Vladimir Putin, who himself once led the FSB, fear a return to authoritarian times, with the state authorities becoming ever more powerful. There seems to be a growing reluctance to recall uncomfortable truths about Soviet history. People who remember the crimes of that era are subject to intimidation. Petrova and her colleagues at Memorial have also experienced this, she says. "Three years ago, our NGO was declared a so-called foreign agent. But we're still working, because a great many people need our work, and that's the most important thing." 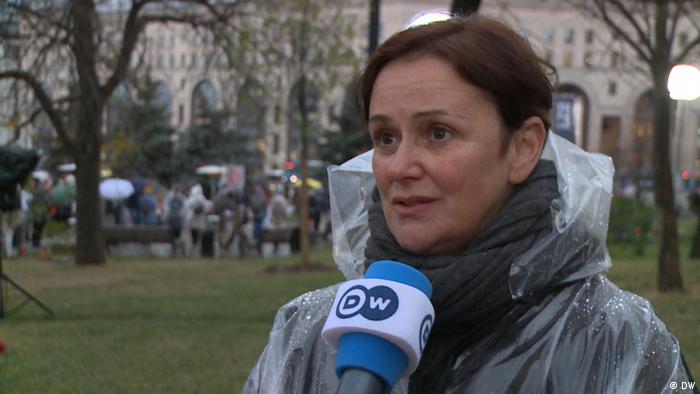 Petrova is determined to continue her work, despite pressure from the state

Abandoned by the authorities

In far-off Blagoveshchensk, Vitaly Kvasha says that, although he informed the authorities, they're reluctant to deal with this evidence of the country's history. He has repeatedly asked the municipality not to leave him to deal with the grisly find all on his own. "For a whole year I kept asking the authorities for help," he explains. "They said they didn't have either the money or the personnel. The only thing they did promise me was that they would come and pick up the remains. But I would have to dig them out myself."

Meanwhile, a private funeral parlor has helped to ensure that at least a few of the victims have found a final resting place — in the local cemetery. But Kvasha laments the fact that their graves are marked only by a small metal plate with a number engraved on it. They have been denied their names, and their dignity.