A military serviceman opened fire at an airfield near the city of Voronezh in Russia. The attacker has barricaded himself in, local sources say. 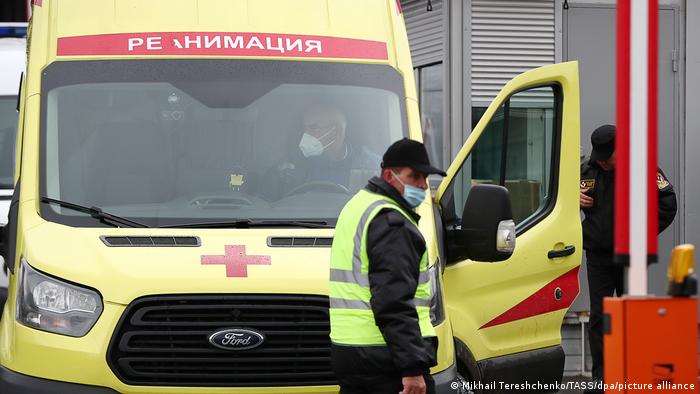 A military serviceman killed three people and barricaded himself in at a military base in Russia on Monday, according to local media reports. The shooting took place at an airfield near the city of Voronezh.

"A military serviceman opened fire with a handgun, which he took from an officer. Three people have been killed. Now he has barricaded himself on the territory of the [military] unit," a member of the regional emergency services told a local newspaper.

The casualties were not named, but reports stated that an officer as well as two enlisted men were killed. A further soldier was reportedly seriously injured and was taken to hospital for treatment. Authorities continued to search for the attacker who is believed to be hiding within the base.

The attack took place at around 5 a.m. local time (0200 GMT/UTC) at the Baltimore airfield where a military unit is stationed. The base has been out of commission since 2013 while undergoing repairs.

Russian soldiers have frequently been involved in shootings — human rights organizations place the blame on the difficult conditions young recruits are forced to live through. The cause for these attacks is often given as "personal problems" rather than anything to do with the Russian military.