Reports in the US media indicate deep ties between Donald Trump and Moscow and claim that Russia had material it could use to blackmail him. Moscow rejects the claim as a "complete fabrication." 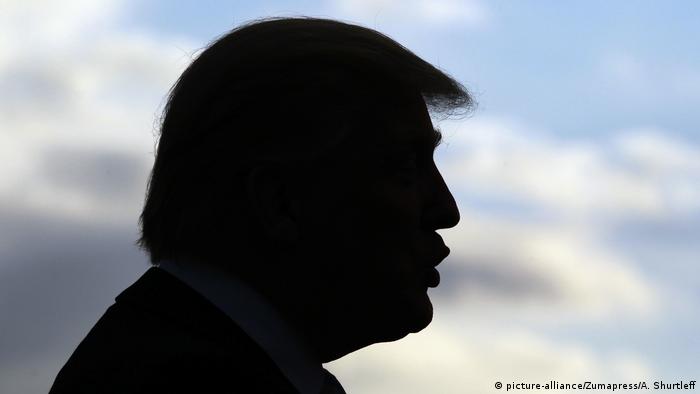 Intelligence officials have briefed both President Barack Obama and his successor Donald Trump on a unverified report claiming Russian spies have "compromising" personal and financial information about the president-elect, US media reported on Tuesday.

CNN broke the story, saying "multiple" anonymous officials present at the meeting had confirmed to the broadcaster that the president had been handed a two-page summary of the report during a briefing last Friday. The meeting was initially called to discuss the possible influence of Russian hackers on the election.

The news outlet said the information came from a former British MI6 agent who had been hired to research Trump, adding fuel to rumors about Russians blackmailing the president-elect that have been circulating since before the US election.

As to why no one had yet published the information although it had been on the radar for months, CNN wrote: "What has changed since then is that US intelligence agencies have now checked out the former British intelligence operative and his vast network throughout Europe and find him and his sources to be credible enough to include some of the information in the presentations."

David Corn, a reporter for left-wing magazine "Mother Jones" who had seen the allegations in October, responded on Twitter as to why he had declined to publish the report at that point. "I could not confirm the allegations," Corn wrote, though he did add that a "credible source had provided FBI allegations of Moscow op to co-opt Trump."

Report: Kremlin has proof of corruption

Late Tuesday, BuzzFeed News published what it claimed was the full report on the "compromising" details Russia was holding against Trump. The document alleges that Russians have proof of "perverted sexual acts" and "that the Kremlin had been feeding Trump and his team valuable intelligence on his opponents."

The document further claims that Moscow was aware of Trump's business dealings in China, which were "substantial and involved the payment of large bribes and kickbacks."

BuzzFeed's Editor-in-Chief Ben Smith issued a statement after the site received backlash for publishing an unverified report citing unknown spies. He argued that the report had been "in wide circulation at the highest levels of American government and media," and that his organization thought that "Americans can make up their own minds about allegations about the president-elect."

Trump took to his favorite medium, Twitter, to fire off an angry response about the allegations. He called the story "fake news," part of a "political witch hunt," and "very unfair."

Responding to the rumors on Wednesday, the Kremlin also described the reports as a "complete fabrication" and denied having compromising material on either Trump or his ex-rival Hillary Clinton.

"This is an obvious attempt to harm our bilateral relations," spokesman Dmitry Peskov told reporters, concurring with Trump's comment of a "witch hunt."

"There really are people who urge such hysteria, just itching to aid this witch hunt," said Peskov, who serves as Vladimir Putin's press secretary.

Earlier Tuesday, while appearing before Congress, FBI Director James Comey refused to comment on whether his organization was investigating links between Donald Trump and the Russian government.

US President-elect Donald Trump has ordered Barack Obama's politically-appointed ambassadors to leave when he takes office. The move will force many deputies to pick up the slack. (09.01.2017)