Russia's military spy chief has died just two years after the death of his predecessor. Igor Korobov faced US sanctions over alleged electoral hacking. Britain saw his GRU agency as the instigator of the Skripal affair. 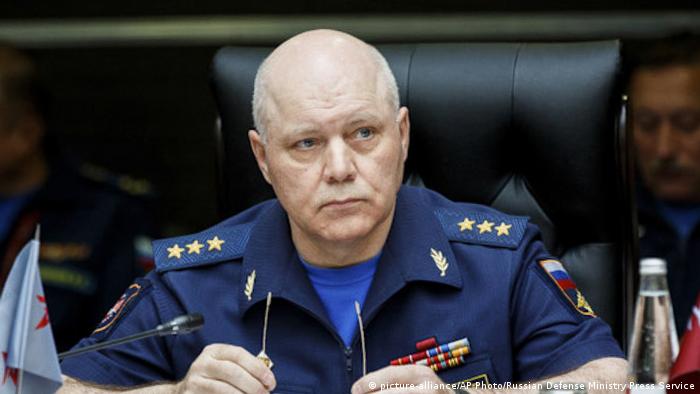 The Russian Defense Ministry and state news agency TASS announced Thursday that Korobov, 62, had died of a "lengthy and grave illness," a common Russian euphemism for cancer.

The ministry said Russia had lost a "great man, a faithful Russian son and a patriot of the motherland." It did not immediately announce a successor for Korobov.

The acronym GRU stands for the Main Intelligence Directorate, a term still widely used although the agency's name was changed in 2010 to the Main Directorate of the General Staff (GU).

Kremlin officials have in recent times rejected a string of foreign allegations directed at the GRU, calling them part of a Western smear campaign.

Korobov was absent on November 2 during GRU centenary celebrations attended by President Vladimir Putin, who, according to one Russian media report, had previously summoned Korobov over the Skripal affair. Washington and its allies had also accused the GRU of hacking the 2016 US presidential campaign and disrupting anti-doping efforts in world sports.

In September, the Netherlands said authorities foiled a hack attack blamed on the GRU against the global chemical weapons watchdog OPCW, which was examining allegations against Russia's ally Syrian President Bashar al-Assad.

Korobov, a Soviet air force veteran who joined the GRU in 1985, reported to Defense Minister Sergei Shoigu and the Chief of General Staff Valery Gerasimov.

Russia treats the GRU's structure, financing and staff numbers as state secrets, but multiple reports say the agency has an extensive spy network abroad, including its highly trained "Spetsnaz" special forces used in Afghanistan and Chechnya.

In 2006, a rare chance for the public to more closely view the GRU's Moscow headquarters occurred when Putin — himself a former Soviet spy once based in former communist East Germany — was shown taking part in shooting practice.

Alongside the GRU, Moscow has its SVR foreign intelligence agency and FSB domestic security agency.

The German parliament had taken away some of Schröder's special rights and privileges for refusing to cut ties with Russia's Vladimir Putin, following the invasion of Ukraine.

Ukraine said several shells landed near a facility where radioactive material is stored, but no leaks were reported. Meanwhile, images show heavy damage at a Crimean air base. Follow DW for the latest.