For days, a wave of anonymous hoax bomb threats has been sweeping through cities across Russia. The telephone calls have led to the evacuation of tens of thousands. But the reason for the threats remains a mystery. 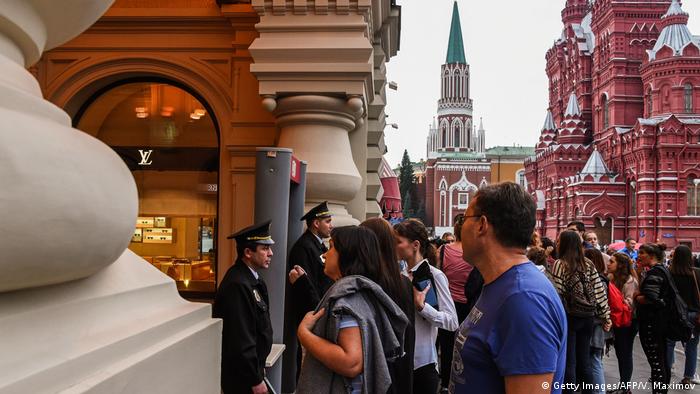 Walking along a street by Moscow's iconic GUM department store, which faces onto the Red Square, Katya saw a policeman holding out his arms to block the road ahead of her. "At the beginning I didn't understand why I couldn't walk down the street. The policeman just said: You can't go down here, the street is closed. I asked why but he wouldn't tell me anything," the eyewitness says. "But I could see people coming out of GUM."

On Wednesday, GUM was one of more than 70 buildings in Moscow that were evacuated, according to Interfax. The Russian news agency reports that more than 100,000 people were evacuated across the Russian capital after a wave of bomb threats — all of which turned out to be fake. There were 65 anonymous calls to that effect in Moscow on Wednesday, the agency says, and several major shopping malls, three train stations and four universities were cleared. 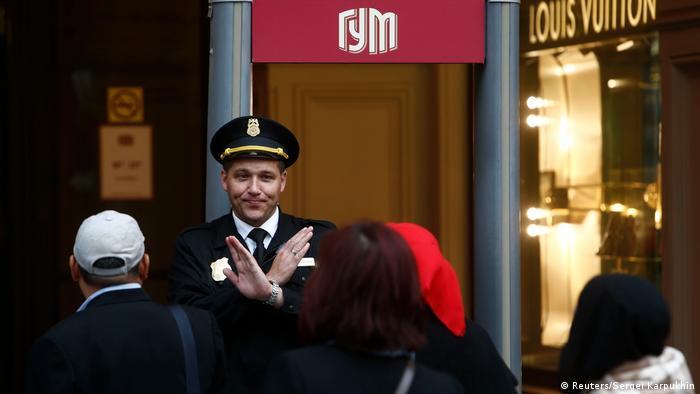 The calls have not just swept Moscow. They are part of a wave of hoax bomb threats that have affected public buildings like shopping centers, movie theaters, hotels, airports and administrative buildings across the country since September 10. The first calls were reported in the Siberian city of Omsk, and by Monday and Tuesday the calls had spread to cities across the huge expanse of the country, from Petrozavodsk near the border with Finland to Vladivostok near Japan.

And the calls aren't stopping, it seems. On Thursday, at least eight schools in Moscow were evacuated. And several shopping centers and a government building have been cleared after telephone threats targeted St. Petersburg.

A growing wave of calls

The calls were reportedly made via the internet, either directly to the building supposedly being bombed or to the fire department. A criminal investigation has been launched into the wave of hoax calls. Falsely reporting terrorist acts can be punishable by up to five years in prison. 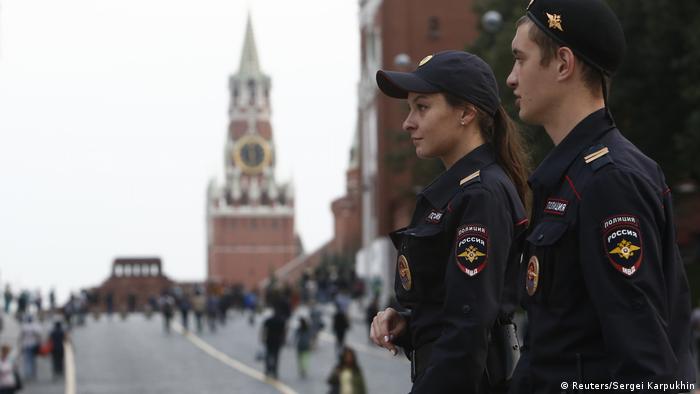 So far, the Russian authorities have largely kept quiet about the threats. On Thursday, Kremlin spokesman Dmitry Peskov said that Russian President Vladimir Putin had been informed about the hoax calls, which he called "telephone terrorism." He said that the relevant services "are taking all the necessary measures" but refused to comment on the various theories being bandied about by the Russian media.

The online version of Kommersant newspaper said several teenagers had been arrested after making what were reported to be "copycat" threats, including a 17-year-old in Moscow. Those arrested, however, reportedly used actual telephones rather than internet calling services, which made them easier to locate, the paper said.

So far, the reports on the reasons for the telephone threats have been as varied as the cities they hit. On Thursday, a source told the Russian news agency Ria Novosti that someone abroad — connected with the so-called "Islamic State" — is behind the calls. "The investigation is having difficulty with the fact that those who organized and carried out these criminal acts are actively using encrypted messaging services and [IP telephone calls]," Ria quotes the source as adding.

Both the online news site RBC and the news agency Interfax have reported that all or many of the calls were made via the internet from the territory of Ukraine. Ukraine has been fighting a war against Russian-backed separatists in the East of the country since 2014. RBC is now claiming that the Russian spy agency FSB has found the source of the calls and will announce a manhunt for the suspect soon. Several local Russian media sources have also claimed that the evacuations were anti-terrorist drills. 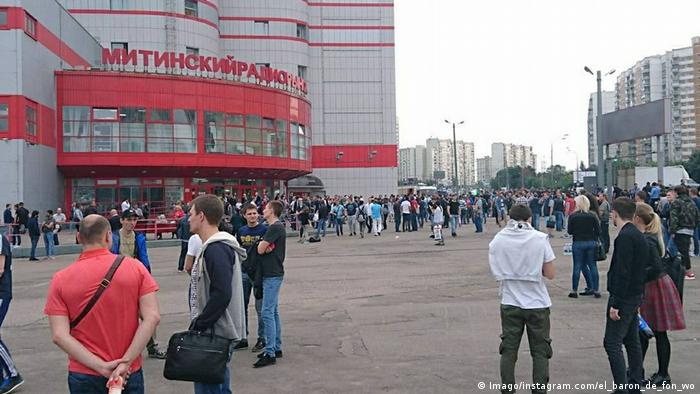 People have been evacuated from buildings including shopping centers and cinemas

The head of the movement "Christian state - Holy Russia" has another, more outlandish theory: Aleksandr Kalinin reportedly told the Russian news site Meduza that the wave of evacuations could be connected with an attempt to stop cinemas from showing the film "Matilda" — a controversial film about Czar Nicholas II's affair with a ballerina. "Matilda" has caused outrage in monarchist and religious groups, and this week two large cinema chains said they plan to keep the film off their screens. The head of "Christian state - Holy Russia" said that his movement received a letter on September 10 stating that there are people who want to "show" the film distributors and that they could destabilize Russia with telephone calls. "Matilda," however, is not being released until October.

So far, no bombs have been found anywhere in Russia. So locals, including in Moscow, have no choice but to remain collected as the evacuations continue.

Katya shared her sense of the mood in Moscow during the evacuation of the GUM department store in Moscow. "Everything was calm. I think because everyone had read that [other buildings] were being evacuated. And in Moscow there won't be panic about this, because there have been so many terrorist attacks in the past," the eyewitness said.