Russia expels US and Polish diplomats over sanctions

Moscow is ousting 10 US and three Polish diplomats in direct response to the expulsion of Russian diplomats from both countries. Other moves included sanctions on US officials and a crackdown on US NGOs. 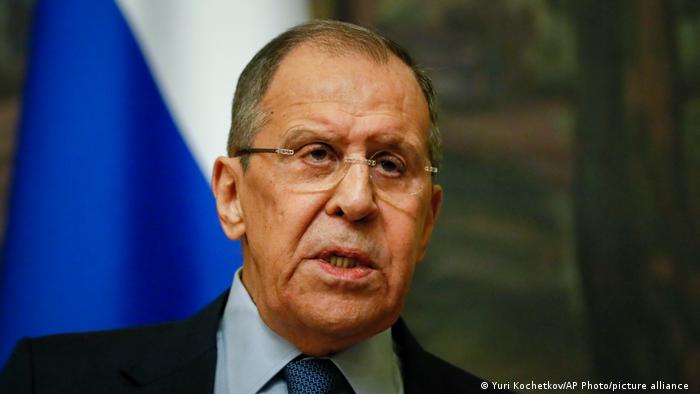 Russian Foreign Minister Sergey Lavrov on Friday announced that Russia would expel 10 US and 3 Polish diplomats in retaliation for them having respectively expelled 10 and 3 Russian diplomats on Thursday.

Lavrov additionally noted that eight US officials had been added to Russia's sanctions lists and that Moscow would take moves to limit and even stop the activity of US non-governmental organizations (NGOs) that it says are interfering in Russian politics.

Moscow also recommended the US recall Ambassador John Sullivan — Russia recalled its US ambassador in March, in response to US President Joe Biden calling Russian President Vladimir Putin "a killer" in a televised interview.

The Russian Foreign Ministry has steadfastly warned of "inevitable" retaliation, noting that, "Washington should realize that it will have to pay a price for the degradation of bilateral ties.'' Though Lavrov emphasized Moscow could undertake more "painful measures" in the future, he said it would refrain from doing so at this juncture.

The Russian response came after the US announced a new raft of sanctions for what Washington says were Russian cyberattacks on US government websites in the massive 2020 SolarWinds hack as well as political interference in the recent 2020 US presidential election. Moscow denies any involvement in either incident.

The Ukrainian conflict: A recap

How far will Russia go?

Though Russia has shown that it can make life difficult for the US and its allies, analysts say that Moscow will likely stop short of further measures so as not to further escalate an already tense situation. This week's US sanctions come on top of a slew of other sanctions on the country for various malign activity including the attempted murder of political opponents of the Kremlin and aggressions against neighboring Ukraine.

The situation has grown more intense of late as Russia has continued to amass troops at the Ukraine border and in occupied Crimea.

When US President Joe Biden announced his country's sanctions on Thursday he said he was willing to work with Russia and offered to meet with its long-time leader President Vladimir Putin. Dmitry Peskov, Putin's spokesman, said the invitation was being analyzed.

The Biden administration's expulsion of Russian diplomats was announced parallel to sanctions against dozens of Russian companies and individuals, and bans on US financial institutions purchasing Russian government bonds directly from Russian state institutions. The latter hampers Russia's ability to borrow cash, though it crucially stops short of putting constraints on secondary markets, thus non-US citizens can still purchase Russian debt and then in turn sell it to US investors.

The sanctions came just two days after Biden and Putin spoke by telephone, when President Biden says he informed Putin that he had the option of imposing tougher measures but had chosen not to. Biden's proposal that the two meet in a third country this summer was also made during the call.

Sanctions a double-edged sword for both sides

Although the US has more leverage than Moscow economically, tougher sanctions are a double-edged sword as they would also hurt Western businesses. And by inflicting even more economic pain on everyday Russians, they would also present another prime opportunity for Putin to drum up anti-US sentiment — further strengthening his iron grip on power.

Observers say the other danger inherent in tougher sanctions would be that they could ultimately back Russia into a corner, provoking the Kremlin to act out even more recklessly than it already has in the eyes of many in the West. Moscow's current troop movements vis-a-vis Ukraine are just one possible flashpoint.

Despite its inability to hurt the US economically, Russia's nuclear arsenal and its leverage in many parts of the world still make it a power that Washington has to treat warily.

Tough US stance could give Russia and China common cause

One possible effect of increasing US pressure — says Fyodor Lukyanov, a foreign policy expert at the Moscow-based think tank Russian International Affairs Council (RIAC) — is that it could push Russia and China to pursue common cause.

"Closer cooperation with China on coordinating actions to contain the United States will develop more quickly now as the Chinese are interested in that,'' Lukyanov says, adding that despite Russia lacking the tools for a symmetrical answer to US sanctions, "it has ample capabilities to stimulate changes in the world order."

Heftier sanctions could also keep Russia from cooperating with the US on numerous international crises. "The Russian position will grow tougher on Syria, the Iranian nuclear deal and other issues,'' says Ivan Timofeev, a program director at RIAC. He claims that rather than being a deterrent, new sanctions would "only anger Russia and make its policy even tougher."

Still, sanctions are a tightrope walk for both sides, as Russia will be keen not to incur even more economic wrath from the US. Moreover, the two powers share common interests when it comes to seeking stability in Afghanistan before unrest spills over into Russia's backyard in Central Asia as well as both sides' interest in making sure Iran does not become a nuclear power.