Russia Courts Council of Europe With Charm Offensive | Europe | News and current affairs from around the continent | DW | 01.10.2008

These days in the Council of Europe, Russia is showing its best democratic side to calm down the indignation over Russia's war with Georgia, a feeling still present among representatives of the Council's 47 members. 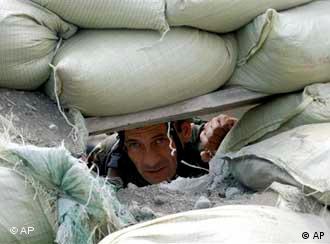 Russia has been the focus of attention over the last weeks: The Swedish presidency of the Council's Committee of Ministers has demanded that Moscow be punished.

The Russo-Georgian conflict was the first time two Council members waged a war against each other, causing the body which guards Europe's human rights to go into emergency mode. After all, Russia and Georgia had violated the principle of peaceful conflict solution to which they committed upon entering the multinational organization.

For certain, the Council's weapons are not very sharp -- the organization cannot impose sanctions on Russia, and calls for the country's exclusion are hardly realistic.

But the assembly could suspend Russia's speaking or voting rights or even exclude the 18 Russian delegates, an embarrassment Moscow was already facing due to the Chechnya conflict back in 2000. 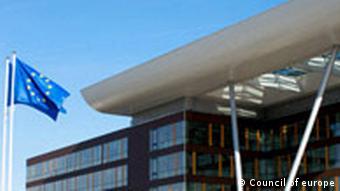 The Council of Europe, not related to the EU, has 47 member states

In anticipation of a withdrawal of their voting rights, the Moscow envoys left the plenum under protest.

Until now, with smart tactics and charm, the Russians have managed to avert major damage. They have not demanded action against the Georgian delegates and have emphasized Russia's desire for peace at press conferences.

Russia had up to the last moment tried to resolve the escalating conflict by peaceful means, said delegation head Konstantin Kossachev of the government-loyal party United Russia.

"Unfortunately, we failed. The military operation was our worst-case scenario," he said.

The Russians are getting active help in the Council of Europe from the British conservatives, who are teaching their "Russian friends" -- as MP David Wilshire calls them -- the fine art of democratic manners: how to capitalize on the rules of procedure in order to fight unfavorable motions and that questions from nagging journalists should be answered in a friendly manner.

The only issue Russians and Georgians are adamant about is the question of responsibility. Each says the war was the fault of the other.

To improve communications before the deciding vote on the consequences of the war, the Russian ambassador is inviting delegates, journalists and diplomats to a "friendship night" of informal talks Thursday.

There's no doubt: Since their admission to the Council of Europe in 1996, the Russians have polished up their language considerably and practiced courtesy, which is a credit to the organization.

Although the Council is usually shadowed by the day-to-day business of international politics, its role as a guardian of democracy and human rights is not to be underestimated.

"This is the only organization in the world to unite Russians and Georgians under one roof," Wilshire says.

Russia to Help EU's Chad Mission Despite Tension over Georgia

Russia is providing four helicopters to the European Union's peacekeeping mission in Chad, despite simmering tension over the situation in Georgia, EU defense officials and diplomats have confirmed. (30.09.2008)

The EU will resume partnership talks with Russia as early as October if Moscow withdraws its troops from the Georgian mainland completely, French Prime Minister Francois Fillon after meeting with Russia's Vladimir Putin. (21.09.2008)