Russian Prime Minister Vladimir has announced that his proposed customs union with former Soviet republics Belarus and Kazakhstan will not come into force by its previously planned July deadline. 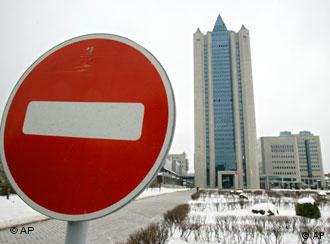 Russian export tariffs were among the sticking points

The prime ministers of Russia, Belarus and Kazakhstan left a meeting in St. Petersburg on Friday after failing to agree on a customs union that was meant to take effect in July this year.

Russian Prime Minster Vladimir Putin told broadcaster Mir TV in an interview Saturday that the agreement "cannot come into full force," but that he still hoped to speed up negotiations. 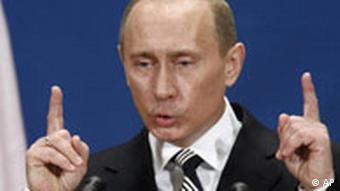 Putin said he would try to accelerate negotiations this year

The customs union, in which the three former Soviet states would adopt a common external tariff and redistribute the revenue it would bring in, was meant to be a first step in a process to create a free trade agreement and single economic space like the European Union by 2012.

According to a transcript of the Putin interview published on a Russian government website, Putin said he had proposed "to accelerate solving the problems linked to a creation of a single economic space," and that he would push to complete the necessary documents by the end of this year.

Putin cited the auto industry and customs tariffs as two "sensitive issues" for the three countries' economies that have stymied progress.

Analysts also say Minsk has made the abolition of duties on Russian oil exported to Belarus a central condition for joining the union - something Russia has refused to do.

"We need additional consultations and for experts to agree on ways to bring our positions closer," said Belarus Prime Minister Sergei Sidorsky. "So far this has not happened."

Officials in both countries have said oil shipments from Russia to Belarus have been restarted after Moscow had discontinued supplies over a price dispute. The supply halt had given rise to western European worries. (04.01.2010)

Russia, Belarus and Kazakhstan say they intend to seek World Trade Organization membership as a single customs bloc. The move would end their membership bids to join the global trade group as individual states. (09.06.2009)

In an attempt to reduce their reliance on Russian gas, EU leaders have met with colleagues from the so-called "New Silk Road" in Prague to discuss building new pipelines. (08.05.2009)