Joachim Löw may have more to lose than gain as he leads Germany into their campaign to become just the third team to defend a World Cup title. The fact that it is such a tall task is precisely what motivates him. 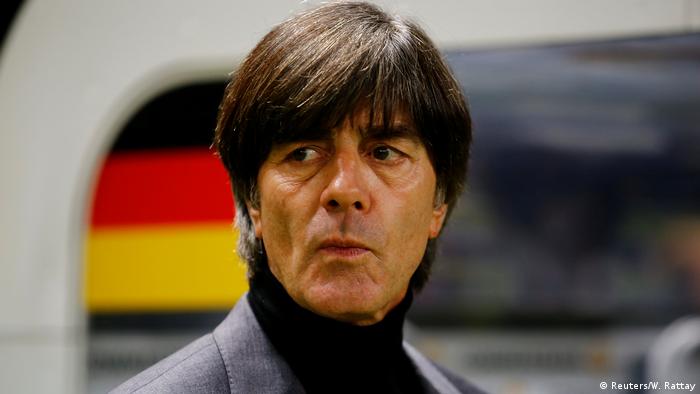 These are what Joachim Löw sees as the prime roles of a national team coach. And he should know, he's been doing the job for 12 years now. That's nearly as long as Angela Merkel has been Germany's chancellor, which feels like an eternity.

Löw and his V-neck sweater have been around for so long that most Germans probably can't imagine an international football tournament without him, nor would they want to. And he has already signed a contract extension, which will keep him in the post through the end of the 2022 World Cup.

Why would he do that? Afterall, his list of achievements and honors is long. Löw is the coach of the World Cup champions, he has been awarded Germany's Federal Cross of Merit, he has been named FIFA Coach of the Year and his hometown (Schönau) has even named the local stadium after him. So what motivates him to carry on as coach of the national team when he has so much more to lose than to gain at the World Cup in Russia? 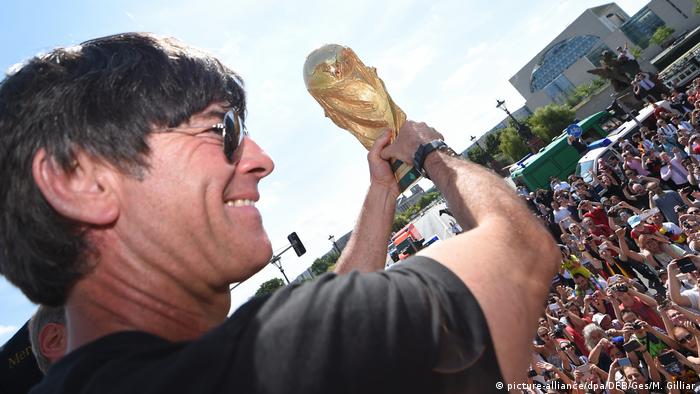 Joachim Löw and his biggest triumph (so far)

'Great potential in the team'

One triumph is not enough for the Germany coach. He is aiming to do something that no country apart from Italy (in 1938) and Brazil (1962) has done before: to defend a World Cup title.

"Maintaining the highest level (of performance) requires a tremendous amount of effort," Löw told DW. "When you have a lot of success... you can sometimes lose the hunger, and that can play into the hands of others who are also ambitious and want to knock you off your pedestal. So the most difficult thing is to maintain this high level without falling off."

Löw believes in his squad, which he thinks has more talent than any other previous Germany team.

"I still see great potential in this team. It is still enjoy working with and further developing these players." 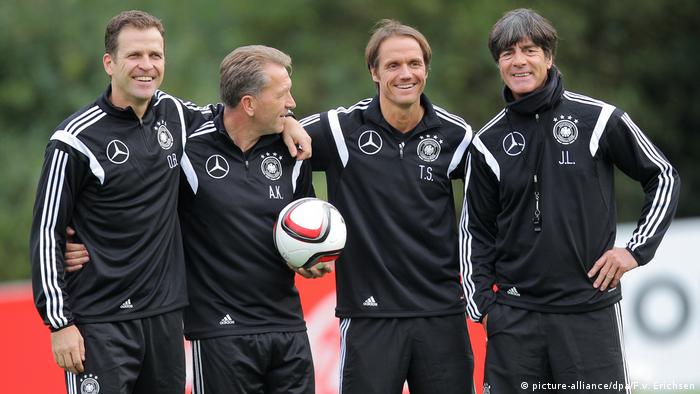 Löw also appreciates being in the position of being a popular national team coach, who isn't subject to the weekly pressure to deliver results that club coaches are. Apart from just before and during a European championship or a World Cup, Löw can work in peace and without much pressure from above, and he can focus on what he does best; developing mid- and long-term ideas, concepts and philosophies of play, as well as studying and analyzing upcoming opponents and general developments in football.

'We sometimes think about crazy things'

Could we see some crazy ideas at the World Cup in Russia?  Fans all over the world are wondering just how Germany will do, since the team's performances in it's last six internationals were anything but convincing. Prior to Friday's 2-1 victory over Saudi Arabia, Germany had lost to Austria and Brazil, after having played to draws against England, France and Spain - the last four of which are fellow contenders for the World Cup title. However, all this is no reason for worry, since Germany are a completely different team when it comes to major tournaments,  a team capable of delivering when it matters.

Sometimes it can all come down to luck

Löw prepared intensively for this World Cup for at least the past two years, and he believes that success should be left to as little chance as possible.

"There is no success without planning," he said. "Clearly defined goals and consistent application can take you far."

That doesn't mean that Germany fans shouldn't be crossing their fingers, though.

"At the end of the day situations can still arise in which things come down to luck," Löw said.

Commentary: Gündogan affair casts a long shadow over the DFB

The influence of the Turkish president was seen on the football field of a German national team game on Friday. The shadow he casts should prompt the German Football Association (DFB) to act, writes DW's Joscha Weber. (09.06.2018)

Despite a lackluster 2-1 victory against Saudi Arabia, the German team had a shining light in Leverkusen in Marco Reus. The injury-prone winger is ready to make up for lost time. (09.06.2018)